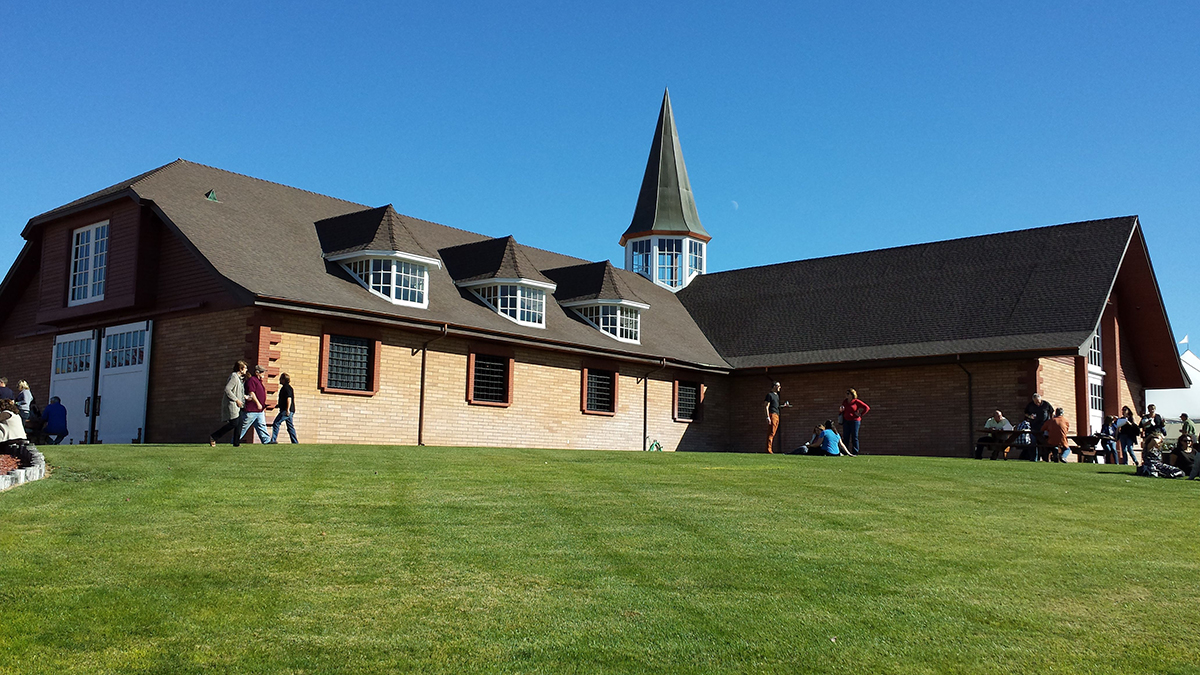 When I got invited to the Garagiste Festival in Paso Robles I jumped at the chance. I’ve been a huge fan of the region’s wines for years and years. Then, I scratched my head and said “What is a Garagiste?” So, I did what anyone in the 21st century would do, I Googled it. Garagiste, pronounced gar-uh-zhe-stuh, refers to artisan wine producers, originally from the Bordeaux wine region in France. These “garage” winemakers are small lot vintners who produce 1,200 case of wine per year or less.

Originally the term was a derogatory word meant to denigrate renegade winemaking neighbors, who refused to follow the “rules”. Thanks to Robert Parker tasting and rating some of these big and bold wines, many of these winemakers went on to be recognized as making some of the best wine in the world.  America has a growing population of stunning small lot producers and the heart of this renegade group is in Paso Robles. Paso Robles has emerged as the new star in the constellation of New World wines, with its Tuscany-like hillsides, an ocean-air climate and calcareous shale soil (which California generally lacks). The idea of trying an entirely new batch of wines from the area was enough to get me to make the six-hour trek from San Diego. Many of these winemakers are incredibly talented and hopefully will be propelled into becoming well-known, gaining enough collateral to open their own winery or tasting room. Talking with different winemakers in the barn was exciting to share their passion and the fruits of their labors.

The Grand Tasting , the a culmination of a weeklong city-wide event focusing on engaging, educational and unique winemaker panels and testing seminars, was held at Windfall Farms, a 724-acre thoroughbred horse farm east of Paso Robles. The farm has a Kentucky style feel with white walls, red brick and steeples. The tasting festivities were held in the horse barn; which is not a horse barn like I’ve seen before. Each large brick stall with ¾ walls, accommodated four different wineries. These small quarters allowed people to discuss up close and personal with the winemakers about their wines. Festival co-founder Douglas Minnick is proud and excited to see his movement take flight. Says he, “More and more consumers are seeking out these extraordinary artisan winemakers and we are proud to offer the best and only place for consumers to experience the heart of this movement.”

The mission of the event visionaries is to promote Paso Robles as one of the friendliest and most innovative winemaking communities in the world. Garagiste is all about celebrating the little guy, discovering, promoting and showcasing the artisan winemaker. The Garagiste Festival: Southern Exposure is coming up on March 29, 2014 in Solvang CA. They will feature 30 of Santa Ynez Valley’s high-quality, small production winemakers. Register soon as this festival is sure to sell out. Go to http://californiagaragistes.com to register.