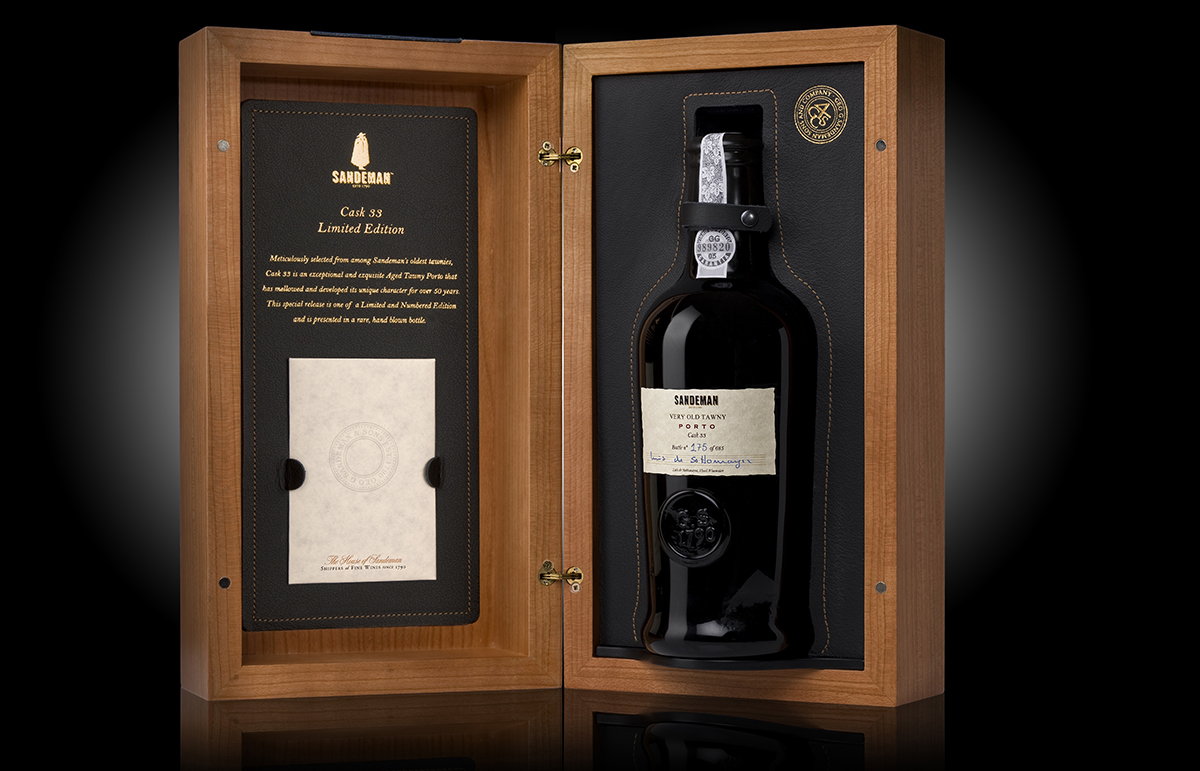 History In The Bottle – Sandeman Cask 33 How do you celebrate a 225th anniversary? If you’re Sandeman Port, you release a very limited edition of old Tawny Port. Cask 33 has just been released and I recently had the opportunity to visit with George Sandeman and taste this exquisite wine. “It’s very valuable in  that it’s rare.” said George, adding that it evolves as it ages in glass. The wine in Cask 33 has been laid down since the 1960s. Some of the wine is up to 70 years old. Cask 33 had been used as a ‘finishing touch’ Sandeman’s range of Aged Tawny Portos, but when asked to come up with a single cask to commemorate this auspicious anniversary, winemaker Luis Sottomayor knew it had to be Cask 33. Each cask at Sandeman is racked off and blended annually. It shows “an enormous amount of flavor and character” George told me, and I couldn’t agree more. The nose was the first remarkable thing I experienced and it hit me the moment he began to pour. Next is the color, pale with no browning whatsoever. George attributes much of the quality of their wines and this one in particular to the company’s temperate location on the Douro, close to the river and the ocean. At Sandeman they strive for clean and balanced Portos. “It’s a wine that requires some thought,” George said, “a special wine that needs attention.” It certainly got mine. It’s so well-balanced and smooth and the finish lasts for what seems to be an eternity. “You’re not just acquiring the wine. It’s a historical event.”

250 bottles have been released in the United States. This most special wine is a must for someone who treasures the history it brings with it. The bottle was inspired by an 18th century English bottle found in the Sandeman Bottle Collection and was hand blown in the 1990s by a company no longer in existence. Retail price is around $720.