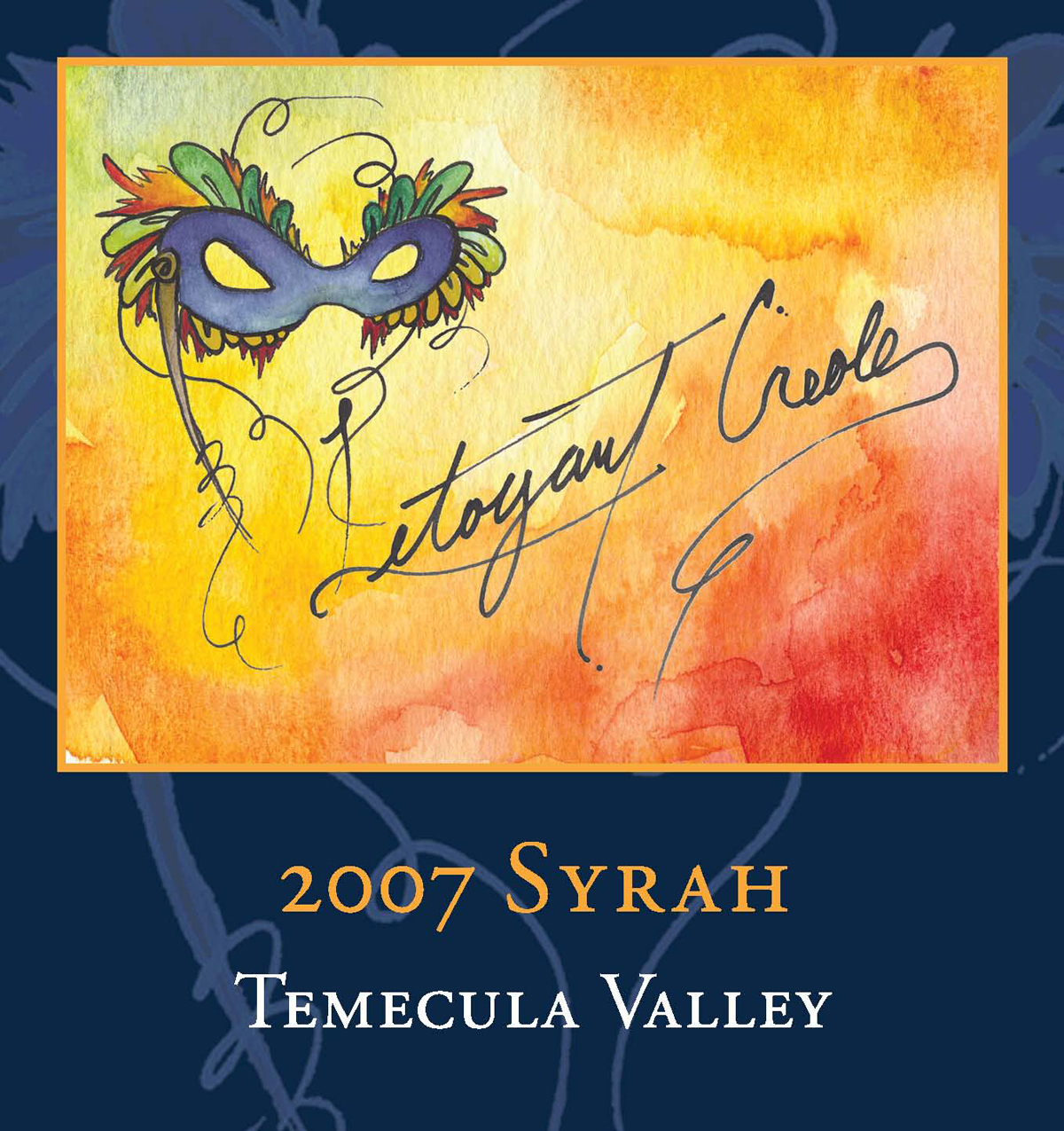 While the Mardi Gras celebrations were going on in New Orleans during February, Temecula was (and still is) also celebrating at the Tesoro Winery tasting room in Old Town where a scrumptious wine called “Letoyant Creole” was recently launched. This wine emerged from a unique partnership between Tesoro owners, Buzz and Kimberly Olson, and Louis Metoyer who commissioned the wine to commemorate eight generations of his family’s rich French Creole heritage.  “Letoyant” is the 17th century spelling of the family name, “Metoyer”.

The Metoyer family arrived in New Orleans in 1767 from France.  Pierre Letoyant was a merchant who traveled up the Mississippi, eventually settling in the new French colony of Natchitoches, which is the oldest town in Louisiana.  The Letoyant family thrived in Louisiana for many years. Then in 1963, Louis Metoyer, Pierre’s descendant eight generations later, moved to California to seek an even brighter future.

In 1988, Louis and his family first published the “Bayou Talk” weekly newspaper, which they still publish on the Internet.  This unique newspaper, which has an avid and widespread readership, focuses on French Creole topics and communities all over the United States and the world.

Louis will promote “Letoyant Creole” through his newspaper and other media outlets. He hopes to encourage sales to restaurants, retail outlets and individuals. All sales will take place through the Tesoro Winery in Temecula. The wine chosen to carry this label is a 2007 Estate Syrah grown in Temecula on Tesoro Winery’s Kimberly Vineyards.  Buzz Olson feels that this wine is particularly suited to accompanying spicy Creole/Cajun cuisine. He says, “We believe this wine offers a red wine answer to the spunk of Creole tasting without overpowering the flavors.”

I had the opportunity to try this wine last week and agree that it is perfect for a Creole cuisine because of its richness on the palate, along with snappy, earthy tastes of cherry and plum that carry through to a strong, smooth finish.  I thoroughly enjoyed this Syrah and would highly recommend it.  At the Tesoro Winery, I also met Louis Metoyer and his mother and sister who enthusiastically expressed their excitement about their new family wine venture.

I was impressed with this wine’s striking label, which was designed by Sita Navas from Tucson, Arizona. This colorful label captures the spirit of “Letoyant Creole” and its Louisiana heritage.  After enjoying the wine, art lovers may very well want to save the bottle because of its elegant and artistic label.

Louis Metoyer is thrilled with this new venture for his family and already feels the wine is a success.  He says, “This is a wonderful way to bring cultural awareness to the general public. For a long time I’ve wanted to pair a wine with our rich cultural heritage and this wine has done that.  When Buzz suggested Tesoro’s Syrah and I tasted it, I knew this wine was perfect for our family’s project and would be an ideal accompaniment for our spicy, flavorful Creole cuisine.” When asked what Creole means, Louis responds that Creole refers to a mixture of many different cultures, including French, Native American, Spanish, and African American.   Louis is committed to celebrating the Creole culture. He and the Tesoro Winery plan to contribute a portion of the profits from their wine sales to Northwestern State University of Louisiana’s Creole Heritage Center.

Buzz and Kimberly Olson are also excited about this unique wine partnership and open to other new opportunities with their wines.  Buzz says, “We are delighted to venture into new, diverse avenues because it offers us the chance to share our wines.”

“Letoyant Creole” is available now for tasting and purchasing at Tesoro Winery.  The cost is $35 per bottle with a 10 percent discount for cases. It can be ordered by calling Tesoro Winery at 951-308-0000 and will soon be available for ordering online at www.tesorowinery.com.