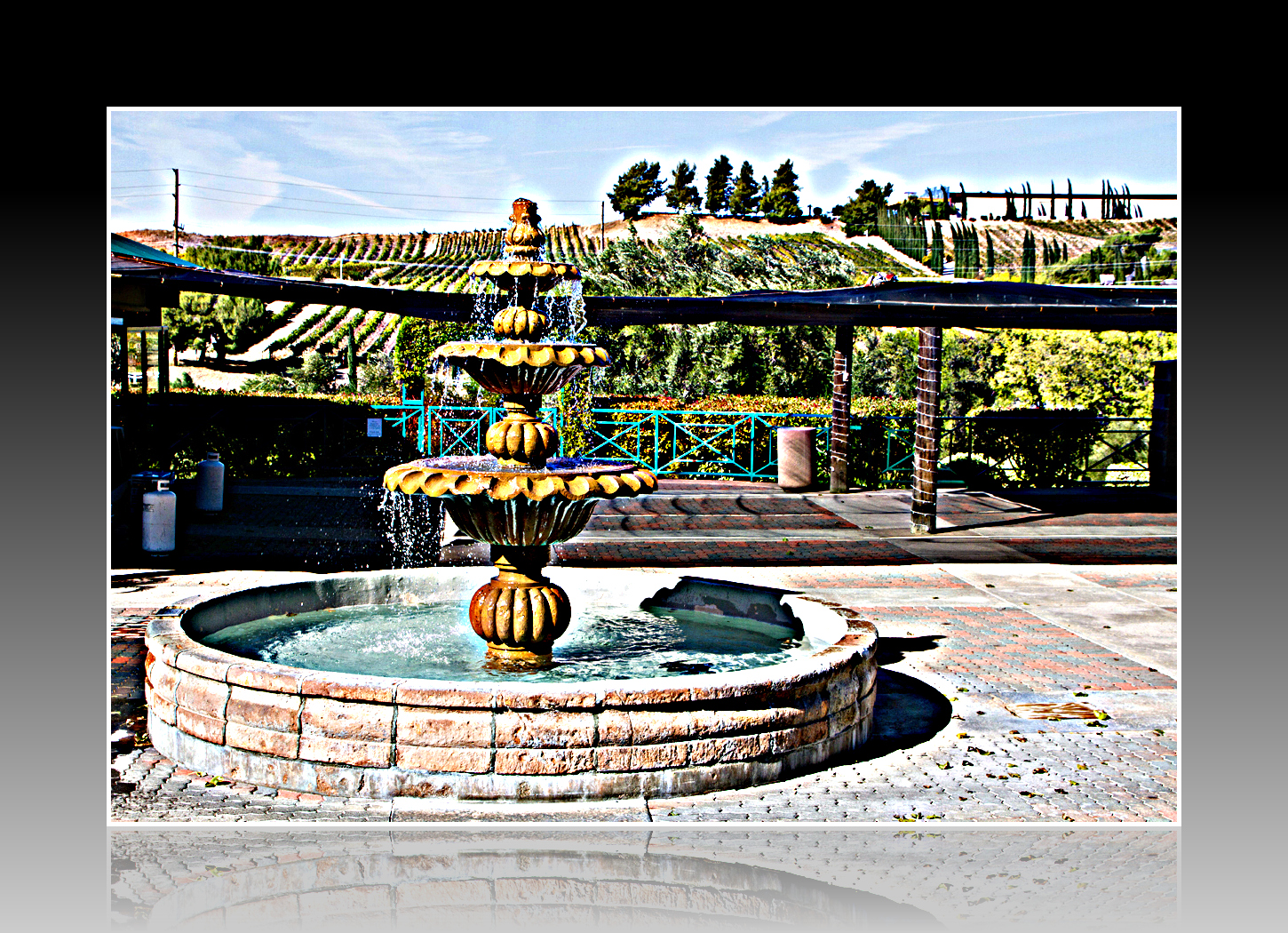 “We’re taking really kind of familiar things and just tweaking them a little bit.” Thornton Winery‘s Executive Chef Steve Pickell is just flat out too modest. He is doing so much more than tweaking things at Thornton. He’s redefining them. Fall, he says, is his favorite time of year. That’s when he gets to play with apples, pears, wild mushrooms, game meat and other savory delights. A few weeks back, he invited some area writers to sample items from the fall menu while we shared what we were tasting on Facebook and twitter. Steve has been a fixture at Thornton since 1993. He’s spent more than half of his professional career there.

His resumé is impressive, having started in Washington, DC under the watchful eye of Nora Pouillon at Restaurant Nora and she remains a big influence on him to this day. He refers to her as the “Alice Waters of the east coast.” She helped create the organic certification standards for restaurants and her restaurant became the nation’s first certified organic restaurant in 1999. The use of fresh and local ingredients is crucial to Chef Pickell’s philosophy. He uses ingredients from the property’s herb garden liberally. Virtually everything is made from scratch on premises. Steve took off to the kitchen to bring us our first course: a pear and gorgonzola flat bread pizza with caramelized onions. John and Steve Thornton held court while Steve was away. We sipped the 2010 Thornton Tempranillo and John told us that Steve “is the one we built the restaurant around.” He called him an outstanding chef who knows what he’s doing. Not only did the flat bread pair sublimely with the Tempranillo, it was a textbook example of flavors in balance. The pears were honey roasted with fresh thyme and black pepper, then placed on flat bread with caramelized onions, gorgonzola and bechamel with a Tempranillo and sugar caramel reduction. The sharpness of the gorgonzola contrasted with the sweetness of the pear and caramelized onions and was an ideal beginning to our afternoon. This dish set the stage for his theme of re-inventing comfort food. Recently he took the idea of a Waldorf salad and wound up with a hot risotto dish with apples and grapes. His ideas come to him mostly when he’s driving to work, but inspiration strikes him while he’s on the road as well. On a recent visit to Portland, Oregon, he stopped in at Voodoo Doughnut and sampled a maple bar with crispy bacon. When he returned to Café Champagne, he created a maple pudding with sugar-coated bacon. Not many of his ideas are written down. He often worries about having a brick hit him on the head because most of his recipes would be lost.

I’ll tell you straight up that I love soup and the wait staff at Café Champagne can attest to that. There’s no soup on the menu, but that’s because Steve believes in offering a daily or weekly soup special. He fashions his soups from what’s fresh, seasonal and at hand. “Soups can be a way of cleaning out your refrigerator.” He presented us with a spicy sweet potato corn bisque with cilantro pepita pesto and a slight kick of chipotle. It looked and smelled like fall. Vibrant colors of orange and green leapt from the bowl. Had I been alone I would have gladly licked the bowl. The 2010 Huis Vineyard Zinfandel from Thornton’s new winemaker David Vergari complemented the bisque and we discussed a number of subjects including how the staff is hired. After narrowing the field, Steve gives the applicants a mystery box containing a generic pan, a piece of fish and a piece of chicken and gives them two hours to prepare a dish while the restaurant is open and busy. It reveals so much more than just a resumé he says. It gives him the chance to see their creativity and knife skills in action. Once they’ve passed his tests, they meet the Thorntons before joining the staff. Steve chose to give us a taste of what he says is their most popular lunch item: a butter poached lobster grilled cheese sandwich which he says, tongue-in-cheek, should come with a side of Lipitor. The lobster is poached in water and butter, then placed on toasted sourdough, loaded with bacon and white cheddar and more butter. It’s served as a dinner entrée with a shot glass of tomato soup. “I’m trying to do things that are comforting, but elevated in their presentation and ingredients.”

After 33 years in the business, Chef Pickell doesn’t follow trends. He follows his gut and his heart. Someone asked if he grows tired of making the same things all the time and he said not at all. He responded with an analogy to Bob Dylan, noting the thousands of times he’s likely sung “Blowing In The Wind”, adding that each time is just a little different. He still gets excited when a customer comes to the window to pay a compliment. “It speaks volumes.” Two courses still awaited us, the first of which was a grilled pork ribeye from the dinner menu. The pork is brined for 24 hours, grilled, then served with a wild mushroom and leek focaccia bread pudding with bing cherry sauce made with port wine and sugar snap peas. The pork was flavorful and tender and the bread pudding drew “wows” from around the table. Chef chose the 2010 Thornton Petite Sirah made from grapes grown on the estate. He left us again saying he hoped we had saved room for dessert.

Thornton Winery has presented its Champagne Jazz series for the past 22 years, and Chef Steve oversees the food offered at each concert, from a three course dinner to grill fare. “It’s something for all the senses” he notes. Meals begin to arrive as soon as the music starts. The kitchen is intentionally small, conducive to doing a better job and making it less likely to miss anything. Banquet co-ordinator Sharon Gallagher paid us a visit, too. She’s in charge of weddings and special events at the winery and co-ordinating the menus with the chef. She told us Steve is happy to work with each client to create a special menu for them and that her primary goal is to make certain their customers leave happy. She oversees special events each Christmas, New Year and Valentines Day. Steve wasn’t about to let us leave without dessert and we were served a trio of salted caramel butterscotch, coconut almond macaroons and warm sipping chocolate paired with Thornton’s 2010 Muscat Canelli. The desserts are all made in house. The butterscotch pudding was topped with a vanilla bean salted caramel sauce and whipped cream. He wanted us to make sure we got a taste of each layer in one bite. The macaroon was soft and flavorful and the sipping chocolate was velvety. John Thornton told us they strive for the “highest quality products we can possibly do and still make it work economically.” They have succeeded in spades.