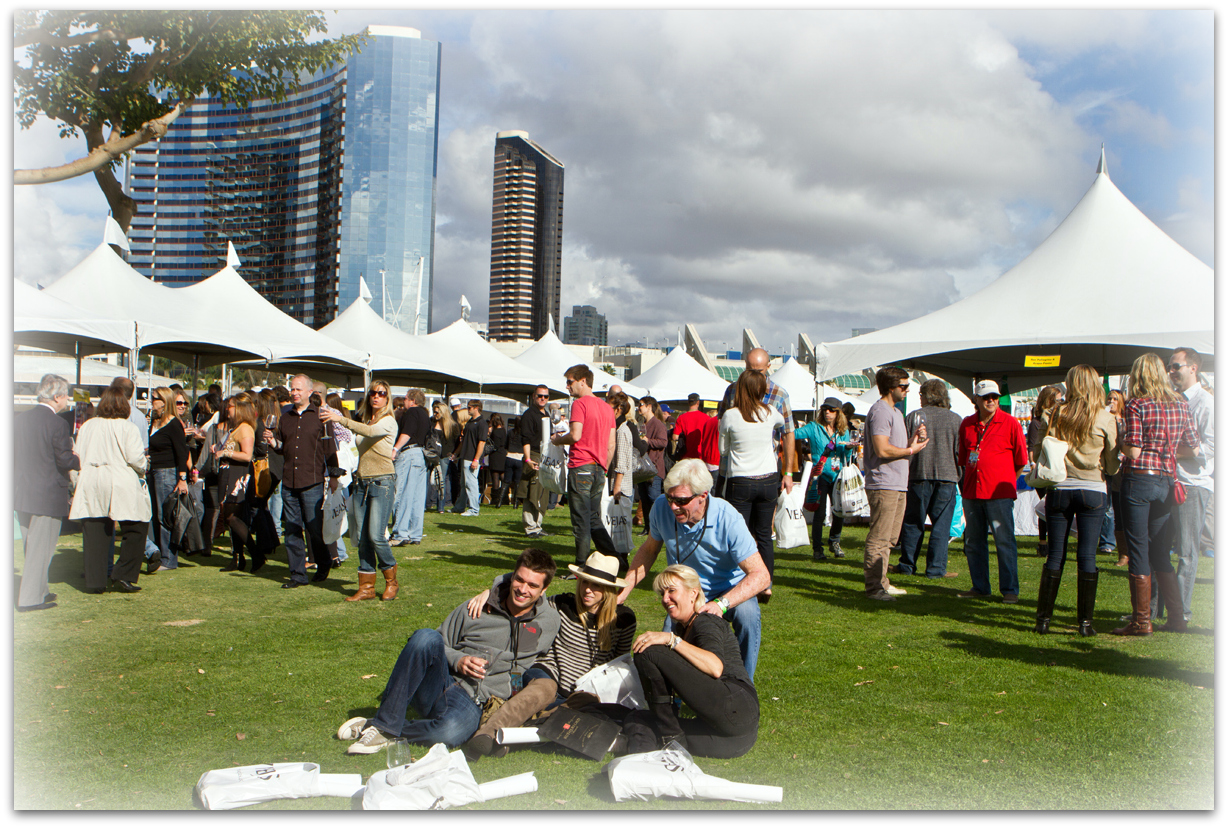 Like fine wines, the San Diego Bay Food & Wine Festival simply improves with age. This year’s 8th annual festival was a winner on a grand scale. A busy schedule prevented me from attending all the events I would have liked to, but what I was able to take in was well worth my while. I stumbled briefly out of the gate, getting lost trying to find the San Diego Wine & Culinary Center, but fortunately for me, the preceding event had run late so when I arrived 15 minutes late I was right on time. The Napa vs Napa panel was chaired by Master Sommelier Joseph Spellman. He was joined by Todd Anderson, owner/winemaker at Anderson’s Conn Valley Vineyards, Jac Cole, winemaker at Spring Mountain Vineyard and The Hess Collection‘s Director of Winemaking, Dave Guffy. The panel discussed the variations in different areas of the mountains of the Napa Valley. As we sipped exquisite Cabernets, the discussion grew lively at times. Someone asked about the different AVAs in the Napa Valley and Todd Anderson immediately coughed “bullshit.” His feeling is that so many winemakers are using fruit from different appellations in the Valley that  the AVAs has become mostly irrelevant. Referring to a trip to France, he called one winemaker there a “dick.” You can see Joe Spellman’s reaction. That being said, the session was very informative and most enjoyable. The subject of higher alcohol levels was brought up and all agreed that it’s balance that’s important. They are picking the fruit when it’s ripe, alcohol levels have risen somewhat, but the bottom line is, the wines keep getting better. I had a few hours to spend before the Reserve and New Release Tasting at the San Diego Air & Space Museum, so I grabbed a bite at the Harbor House in Seaport Village.  It’s a beautiful spot with a killer view. I had ceviche and clam chowder, both of which were lackluster. Too bad. I enjoyed my San Diego beer sampler and headed off to the evening’s next event. The museum was a perfect venue for the tasting event. It was spacious and I enjoyed soaking in all the air and space memorabilia while tasting wines and spirits and sampling food. The oysters from Carlsbad Aquafarm were superb. Todd Anderson was pouring the highly coveted Ghost Horse Cabernet. Sunday was a clear, crisp autumn day, ideal for the Grand Tasting at the Embarcadero Marina Park. Food from some of San Diego’s finest chefs and restaurants was in ample supply and close to 200 wine, beer and spirits purveyors were on hand with a pour. I left with a commitment to carve more time to attend more events at next year’s festival. For wine and food lovers, this one’s a must.