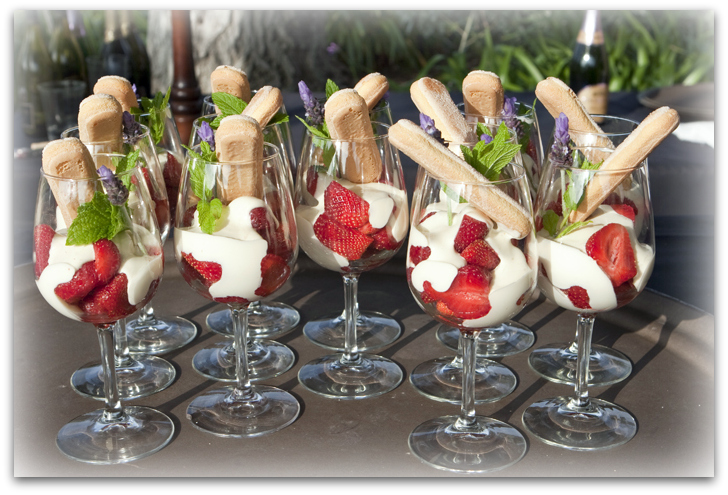 Discovering My Own Backyard I’ve lived in the Temecula Valley for nearly eight years now. I wasn’t aware of how much I hadn’t seen until last week’s visit by a group of writers from the International Food Wine and Travel Writers Association. I was introduced to this outstanding organization at a luncheon at Thornton Winery last year. I joined shortly after the luncheon and took my first trip with them this past January, a cruise to the Eastern Caribbean. When I heard they were planning a Temecula tour, I decided to toss my hat in the ring and see if I could join the group.

Ten writers, yours truly included, were approved for the trip which kicked off a week ago Sunday at the Temecula Creek Inn. General Manager Jason Curl was on hand to greet us and Joel Reese from Leonesse Cellars brought a sampling of wines while we all got acquainted and nibbled on hors d’oeuvres. Carolyn Fittipaldi, marketing manager for the Temecula Valley Convention and Visitors Bureau joined in making everyone feel most welcome. As this was a visit to Temecula Valley Southern California Wine Country, we boarded a bus and headed down Rancho California Road bound for Thornton Winery. Winemaker Don Reha met us with a warm welcome and gave us a tour of Thornton’s impressive facility and massive barrel caves. From there we gathered on the patio. Originally we were going to enjoy a Champagne Jazz concert with Hiroshima, but the concert was rescheduled and we were treated instead to a cooking demonstration by Executive Chef Steve Pickell. I’ve been a long time fan of Steve’s, not only for his culinary talents, but for his down to earth nature, too. Don offered us Sparkling Blanc de Noirs while Steve prepared us treat after treat, starting with seared Ahi in won ton ice cream cones, followed by grilled shrimp wrapped in prosciutto and deep fried risotto filled with melting cheese in a pesto dip. Those were just the appetizers! Dinner was yet to come. A warm spinach salad, expertly paired with Thornton’s ’04 Brut Reserve was followed by Pan Roasted Sea Bass served with ’08 Viognier. For dessert we enjoyed Fresh Strawberries with Muscat Sabayon acompanied by the ’08 Moscato. With full bellies and smiling faces we boarded the bus for a quick tour of wine country and headed back to Temecula Creek Inn where a full day of activities on Monday awaited us.