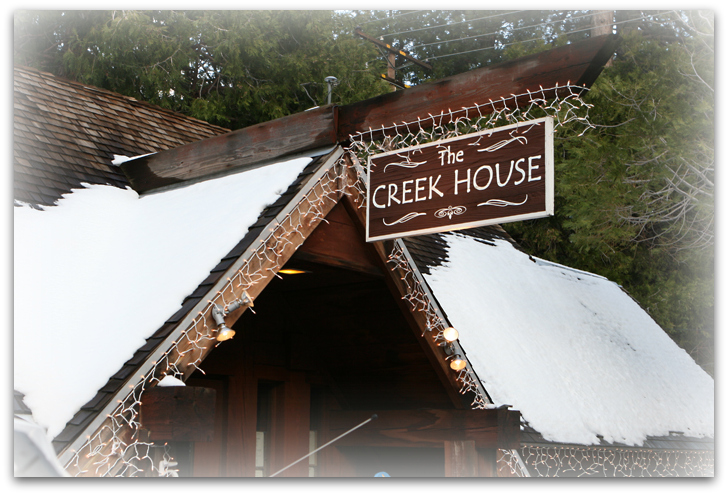 The Mad Scientist of Idyllwild

The Simpsons via last.fm “Two episodes of The Simpsons, Family Guy, King of the Hill and American Dad.” Chris Johnston uses animated TV shows to measure how long it takes him to do his wine panels. He’s called the “Mad Scientist” for a good reason. He loves chemistry. He’s passionate about making wine and the proof is in the bottles from Middle Ridge Winery. You could ask him about the stains on the walls and ceilings of his Idyllwild lab. They’re from experiments gone awry. One shot wine up his sinuses and knocked the glasses off his face.

I had the good fortune of meeting Chris and his wife Melody a few weeks back at The Collective wine lounge in Temecula’s Old Town. Chris is one of five winemakers whose wines are featured there. He believes in letting the character of the fruit shine through in his wines and doesn’t try to mask them with too much oak. Melody says she remembered Chris always talking about wanting to take wine classes. One year as a combination birthday and Valentines’ gift she signed them both up for a couple of classes at UC Davis. Chris was hooked. “Next thing you know, I started making wine. Next thing you know I started making more wine.” Melody says she came home from a conference one day and the kitchen smelled like a winery. “It’s a hobby that got out of control, but it’s become a passion.” Chris offers six wines now, a 2008 Pinot Grigio from Temecula as well as one from Paso Robles. They are distinctively different, with the Temecula wine possessing more of a “new world” style. There’s also an ’08 Sauvignon Blanc and ’06 Meritage, Syrah and Cabernet Sauvignon, all of them made with Temecula fruit. Members of The Collective have use of the facilities at Temecula Valley Winery Management. Chris has been taking advantage of buying used equipment from Davis, picking up things like crusher/destemmers, a bladder press and more, but “I’ve got bigger toys to play with” now.

Chris is a great storyteller. He shared a story with us about a lady who called him and said her parents had a vineyard in Hemet that needed harvesting. He loaded the truck with bins, buckets and miscellaneous tools and when he arrived at the property discovered “the vineyard” consisted of one vine. Another call led to the discovery of a plentiful amount of Syrah grapes. That juice is aging now.

Chris produced 1250 cases of wine last year and is aiming for 1600 this year. He recently hosted a winemaker dinner at the Creek House in Idyllwild. He and Melody with the able assistance of Jasmine Gioia from Temecula Valley Winery management did a wonderful job of hosting a lovely evening. Stop by The Collective some night and chances are fairly good Chris will be there. He’d love nothing better than to sit down and visit with you over a glass of Middle Ridge Wine.