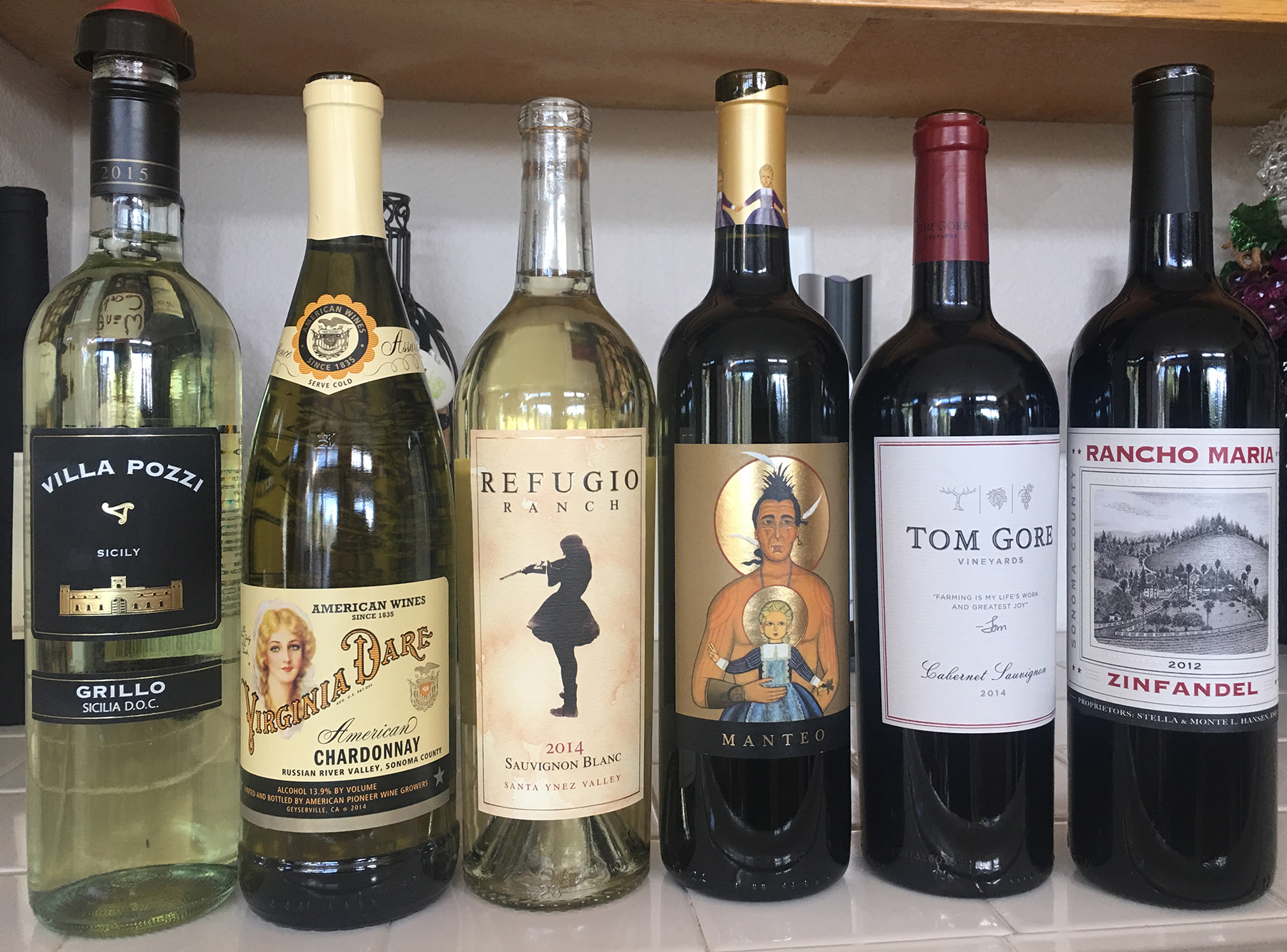 We had a good crowd at Jan’s place. We squeezed in around a long table, glasses ready and plates of food in front of us.

The first splash came from an Italian white called Villa Pozzi Grillo. Grillo is an Italian grape variety primarily from Sicily. I found this $12 wine to be very aromatic, fruit forward, yet not sweet at all with crisp pineapple notes and a long finish. Brian called it a “bit of a bargain, slightly spritzy and pleasantly dry.” Alex said it had lots of flavors like apples. Susan said the nose was like fresh laundry with stone fruit on the palate.  Robb said he could drink it all day. The group gave it nearly four out of five stars.

Wine number two was a miss, so I’ll just skip past it and move on to number three, Virginia Dare 2014 Sonoma County Chardonnay. Virginia Dare is in the Francis Ford Coppola wine family and Wes called it creamy and said “I like.” Al said it had a lovely oak and vanilla nose and soft finish. Kim picked up buttered pineapple. At $25 it scored about three and a half stars.

Also from Virgina Dare we tried the 2014 Manteo, a blend of Syrah, Petit Verdot, Cabernet Sauvignon and Petite Sirah. Brian called it “soft, smooth and quite friendly.” Alex said he’d definitely recommend it. Esther called it rich and kind of spicy. Al said it was a lovely blend. At around $22 it scored nearly four stars.

The next wine got scores all over the board. Some found it sweet and didn’t care for it at all, while others loved the 2014 Tom Gore Sonoma Cabernet Sauvignon. Al called it the “best $14 Cab I’ve tasted.” While it got a fair share of four and five-star scores it also got a few ones and twos.

We ended with another Sonoma offering, 2012 Rancho Maria Zinfandel. Aged for 22 months in French oak, it is 85% Zinfandel and 15% Petite Sirah. Susan liked the inviting nose. Wes simply said “yum.” I found fruit bursting from the nose and liked its balance and long finish. At $32 it garnered nearly four stars.