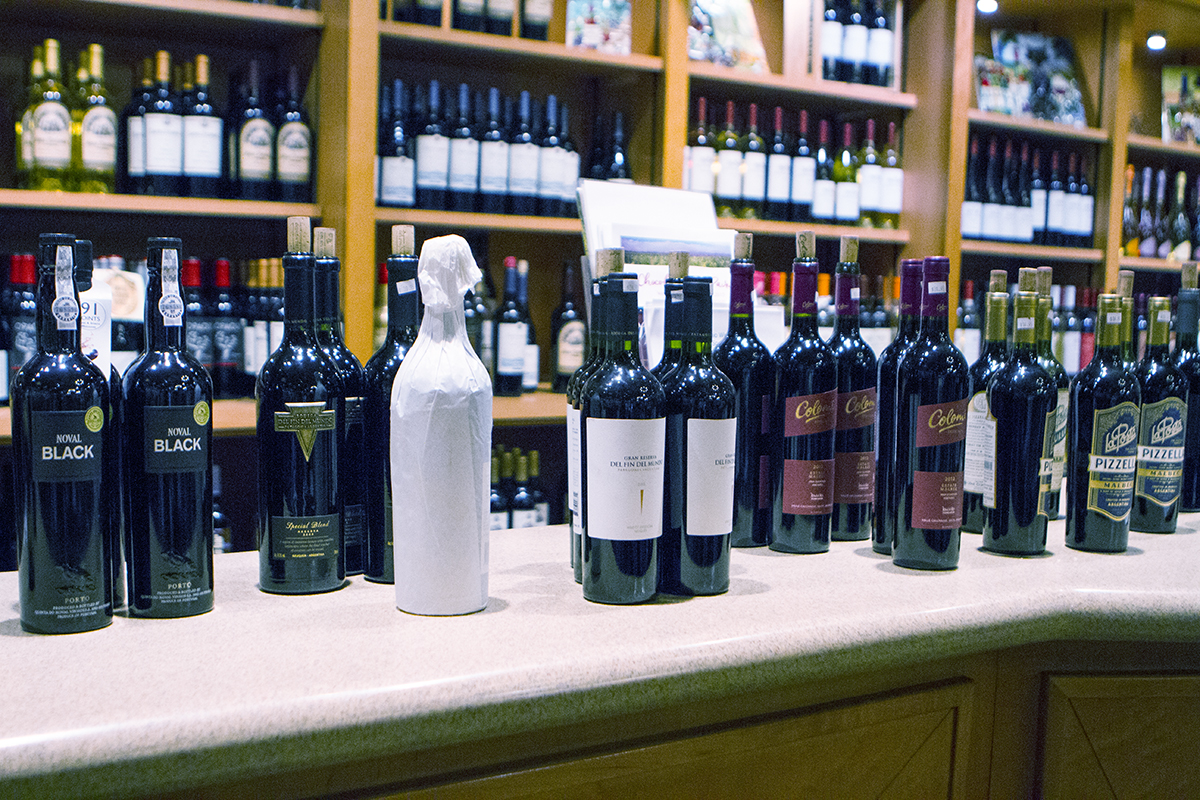 When I was invited to an Argentinean wine and food pairing at San Antonio Winery in Ontario, I jumped at the chance. Located on Milliken Avenue, the tasting room is bright and airy with wines on all four walls and a nice assortment of gifts. We joined a table and visited with a couple of long-time wine club members. We quickly learned that the event we had come for was just one of many that San Antonio offers not only to its members, but to the public, as well. Store manager Kevin Franke welcomed everyone and began pouring the first wine, a 2011 Zuccardi Serie A Torrontes. Torrontes is Argentina’s quintessential white wine and its nose is unmistakable. You get plenty of floral notes along with a little citrus. It’s normally priced at $14.95, but it was offered at $11.95 on this evening and was paired with fresh cheese and meat antipasti. A duo played music while the second wine was poured, 2012 Zuccardi Q Serie Chardonnay. Chef Paul from Mafalda Grill and catering kept the food coming out, this time presenting both spinach and beef empanadas with chimichurri. The Chardonnay was lightly oaked, aged for six months in new French oak and was an ideal pairing for the spinach empanada. It was marked down $3 to $14.95 for this event.

We moved on to the evening’s first red, also from Zuccardi, the 2011 Serie A Bonarda from Santa Rosa, Argentina. You may know Bonarda as Charbono, or you may not be familiar with it at all. A lesser known grape, this wine offered lots of black fruit and it paired will with the beef empanada. This one’s a steal at $14.95. The music continued and the smell of smoke from meat being grilled began to waft into the room. You expect Malbec when you attend an Argentinean tasting and we tried two from 2012; La Posta Pizzella from Mendoza and Colome Estate from Salta. Both wines exceeded my expectations and paired beautifully with the Choripan (chorizo sandwich) and barbeque beef sweetbread. At $14.95, the La Posta Pizzella was an exceptional value.

We enjoyed two wines from Patagonia, 2011 Del Fin Del Mundo Gran Reserve and 2009 Del Fin Del Mundo Special Blend. Both were Bordeaux blends with the Gran Reserve featuring Cabernet Sauvignon, Malbec, Cabernet Franc and Merlot. At $26.95 it’s and exceptional wine and the pairing with beef ribs was spot on. The Special Blend was equal parts of Cabernet Sauvignon and Malbec with 20% Merlot. It’s a complex wine that’s worthy of its $39.95 price tag. We ended on a sweet note with non-vintage Noval Black Port from Portugal. This luscious port was paired with Argentine caramel crepes. At $21.95, this is an affordable after dinner wine to add to your cellar.

This was our first visit to the Ontario tasting room of San Antonio Winery, but it certainly won’t be our last! There’s a great selection of wines here, priced reasonably, and no shortage of fun events to attend. It’s a great place to stop by if you’re looking for holiday gift ideas for the wine lovers on your list.2802 S. Milliken Avenue, Ontario, CA 91761 Phone: 909-947-3995  Open Daily 10:00 am – 6:00 pm