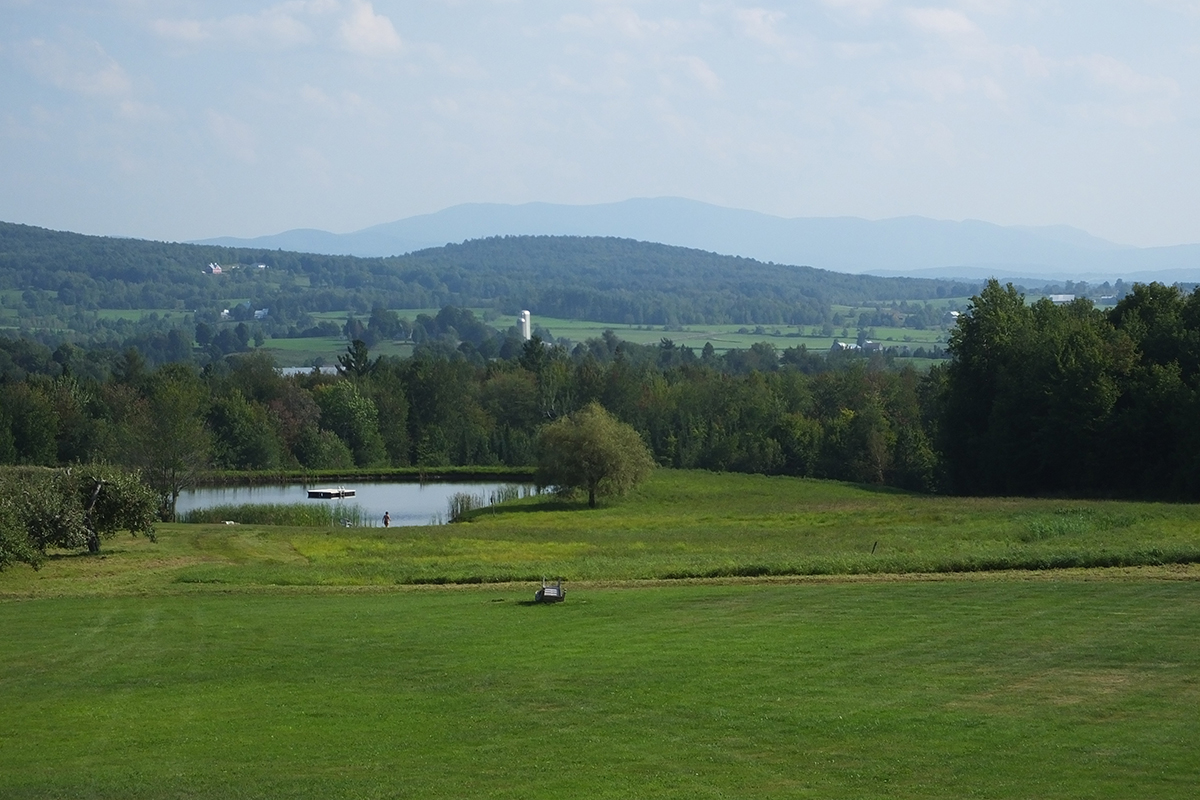 If Montreal is the food scene of Quebec, the Eastern Townships is the wine and cider scene. The area has the quaintness of France, with many French-speaking people, but most are bi or tri-lingual. Peppered with small towns and quaint villages, the countryside is quiet, green and lush with trees and vineyards.

Fueled by a thirst for craft drinks and an abundance of apple trees, Quebec, Canada is experiencing an artisanal craft cider explosion. Cider, an alcoholic beverage made from fermented apple juice, came from France in the 17th century, was deemed illegal in Canada due to the politics of the liquor commission between 1921 and 1970, but today the industry has made a revival with over 70 cideries. The 1980s was all about perfecting the process of making cider. All small batch makers, cideries had adopted the same methods of the past, but today have branched out and adapted machines originally made for maple syrup evaporating and extraction to create fire cider.

Cider has gained recognition for its tastes and flavors. Fire cider is tart and dry in flavor, perfect for sipping or making into cocktails. Ice cider is sweet and syrupy, a perfect aperitif or dessert drink. Domaine Pinnacle Cider, a family-owned orchard and cidery, is located in the Eastern Township region about an hour east of the metropolis of Montreal, Canada. The most popular wine destination in the province of Quebec, the Brome-Missisquoi Wine Trail, is the province’s first wine route.

The tasting room is right on the Vermont border and hosted by a lively gentleman named Tex. He has been with the company since the start and brings lightness and humor to cider tasters. Just don’t ask him where his nickname comes from. Well, maybe you should. Domaine Pinnacle, has a large assortment of different ciders. Some personal highlights were Domaine Pinnacle Reserve 1859, an artful blend of ice cider and apple brandy, aged in Appalachian oak barrels. It’s a perfect after dinner drink, an alternative to port wine. The Amber gold liquid has a complex nose with scents of apple crisp, homemade applesauce, cinnamon toast and vanilla oak. The 2015 Reserve won a gold medal at Modial des Cidres.

Verger Sud Still Cider is a unique cider from the same orchard where they get their frozen apples for ice cider. The cider is fresh, fruity and crisp and perfect for a picnic or a light meal. It is a bright alternative to a white wine on a hot summer day. Serve chilled with cheese.

Domaine Pinnacle is the first cidery to make sparkling ice cider. It is both sweet and lively on the palate. The golden color has orange highlights and a nose of fresh apples, cinnamon and spice. Although it’s sweet, it has a well-balanced acidity with a clean finish. The bubbles are a fun addition to the cider. Serve with a variety of desserts. Their 2014 Sparkling Ice Cider won a gold medal at the International Cider Challenge.