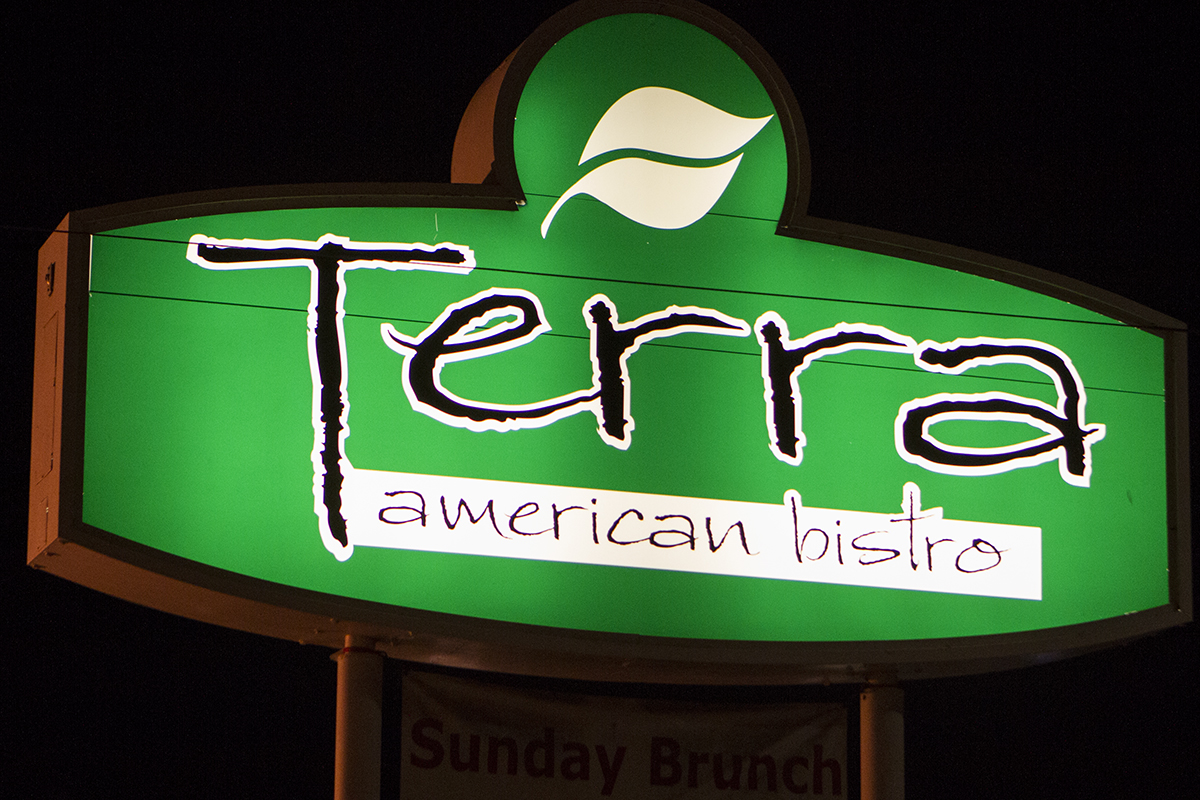 You hear the term farm to table tossed around a lot. If you’d like to visit a restaurant that embraces it, I suggest you visit Terra American Bistro. Chef/owner Jeff Rossman opened Terra in May of 1998, a month after his son’s birth. Following huge success in San Diego’s Hillcrest neighborhood and a huge rent increase, he decided to move the operation to its present location in East County in April, 2011. He’d toyed with the idea of the move for a while as he had been commuting from East County all along. Little did he know many of his clientele had been making the same commute.

San Diego Restaurant Week runs from January 17 – 24 with more than 180 restaurants participating. Each offers a restaurant week menu with full lunches and/or dinners at a fixed price. Jeff told me Terra has been a part of all but one restaurant week. He told me he likes participating because he likes giving back to the community and it offers newcomers and regulars alike the chance to try three of their most popular menu items. While many restaurants offer a choice of three items, Terra lets you select from seven small plates, six second plates (main courses) and seven desserts, including three liquid desserts, or after dinner drinks. Chef Jeff is a busy man. In addition to Terra, he operates a catering business and at the beginning of 2012, he opened Bunz, a burger joint. What sets it apart from the others, he told me, is their insistence on using all natural beef, sustainable salmon, and as much local produce as possible. He’s written a book, BYOB, for Build Your Own Burger. There’s also his earlier book, From Terra’s Table. We were faced with the dilemma of what to choose. For the small plates we went for the salty peppery calamari and the pumpkin ravioli. The calamari was excellent, served inside a deep-fried rice paper bowl, shaped to look like a sea shell. My friend Marc wasn’t kidding when he told me how good the ravioli was. Since he’s gluten-intolerant he can’t actually eat the pasta, but the sauce is one of the tastiest things I have ever put in my mouth. I was absolutely tempted to lick the plate. There’s a depth of flavors to this dish that makes it beyond compare.

Susan chose the grilled pork chop with smoked apple-cherry chutney for her second plate while I opted for the Tipi Tapa local fish plate served on a mango/hazelnut purée with a curried carrot mash. The pork chop was simply addictive, cooked and seasoned to perfection. The fish was light and moist and the purée just divine. Although we were already stuffed, we couldn’t resist dessert and ordered blackberry sorbet and banana bread puddin’. The sorbet was light and bursting with fresh blackberry flavor. The bread puddin’ was, well, over the top. It easily could have been ample for four. Rich and decadent with candied pecans and bourbon butterscotch whipped cream, it was the perfect ending to an outstanding meal. Our server Trese was gracious, knew the menu inside and out and took gracious care of us. This was our first visit to Terra and it certainly won’t be our last. Two-course lunches are $15 a person and include blta (bacon, lettuce, tomato and avocado), house roasted turkey melt and sliced sirloin rigatoni. A three course dinner which also features four other main courses besides the one we tried is $30 a person. Don’t miss this opportunity to check out Terra and some of the other participating restaurants during San Diego Restaurant Week. Terra is located at 7091 El Cajon Blvd. in San Diego.