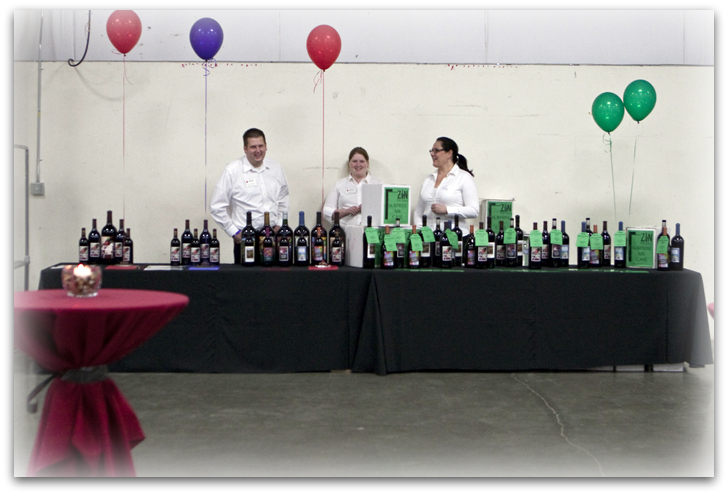 We fixed breakfast at our retreat and were looking forward to the day ahead. Our friends Howard and Lynda Howell had arranged a visit to RN Estate for a visit and tasting with proprietor Roger Nicolas. Roger has a beautiful home at the end of a long driveway that rewards you with glorious vineyard views along the way. He’s a gracious man with a long history in the food business. A few years ago he shifted his focus to wine and we are the luckier for it. His Pinot Noirs are among the best I have ever tasted. He sources his grapes from the Santa Ynez Valley and then is meticulous in how he goes about crafting his wines. The fruit is pressed ever so gently, only after all the seeds have been removed. The result is a silky soft Pinot Noir with a magnificent nose and a lingering finish. He also produces some elegant blends with his estate Mourvèdre, Cab, Syrah, Cab Franc and Zinfandel. He also unveiled his 2007 Young Vine Estate Zinfandel for us which was reminiscent of a Pinot Noir. A tasting at Roger’s is a memorable event around a heavy wood table. This was the perfect way to begin our day. We headed downtown and passed Steve Anglim and his daughter Sofia on the sidewalk on our way to his winery. Steve sources all of his fruit at Anglim Winery and makes some of the best wines Paso Robles has to offer.  Their Cameo is a fruit forward blend of Marsanne, Viognier and Roussane with a great nose and smooth finish. Steve had given me a taste of the ’07 Zinfandel during the Grand Tasting Tour in San Diego in February. I’ll simply say it’s one of the wines I was most excited about tasting when we made our way North. After some more tasting paired with artisan cheeses, we decided it was time for some nourishment, so we stopped at the Crooked Kilt where four of us split two orders of Fish ‘n Chips. None of us left hungry.

We stayed downtown and moved over to Kiamie Cellars where they had a full on barbecue going on in the parking lot. We should have stopped there first! We went in and said hello to Aram and his partner Greg Johnson and tasting room & wine club manager Sophia Stephens. We had tasted the Kiamie reds the night before and loved them, so we sampled the ’08 White Kuvée which was refreshing on a day that was becoming pretty warm. Our friend DeAnna Morrison texted us that she was at EOS Estate Winery with her Wine Country Outings journals so off we went down Highway 46 East to say hello and do a little tasting. EOS has a beautiful and quite spacious tasting room. If you haven’t been there for a while, as we hadn’t, you’ll notice some changes. Their labels have been entirely redesigned and sport a contemporary look and feel. The wines are as tasty as ever. There was live music outside so we listened for a bit before saying our goodbyes. Time was rapidly approaching for the main event at the Fairgrounds, but we were able to squeeze in quick stops at two more wineries. First was another old favorite, Zenaida Cellars. Jessica Stapp was there to greet us with a warm welcome from behind the bar. We went into the barrel room and sampled the ’09 Zin and did a vertical Zin tasting. Eric Ogorsolka hand crafts well structured wines that are always a pleasure to drink. His blends are incredible. I met Joe Barton from Grey Wolf Cellars a few weeks ago in San Diego and was blown away by how good his Big Bad Wolf Zinfandel was. We had never paid a visit to his winery, but it was just a very short drive from Zenaida so off we went. As you can tell by the picture, it feels very much like a home. We stopped at the tasting bar and then took our glasses out to the patio. There had been a barbecue earlier in the day and activity was winding down, but the wines are great, we love the ambiance and look forward to coming back and spending more time there. Off we went to the fairgrounds where people were gathered in anticipation of the door opening. At 5:30 promptly the doors opened for the ZIPs (Zinfully Important People) and we walked in to booth after booth of wineries (57!) and food purveyors. We were handed a glass of the ’08 Collaborative Zin. This year Mike Giubbini of Rotta Winery was selected as Blend Master and we headed over to congratulate him on a job well done. He invited to visit him at the winery the following morning and that turned out to be one of the weekend’s highlights. Doug Beckett from Peachy Canyon was pouring a ’96 Zin, a vintage you don’t see that often. We made the rounds, had a grand time and after a long day were ready to head back to the casa and rest up for another big day on Sunday.