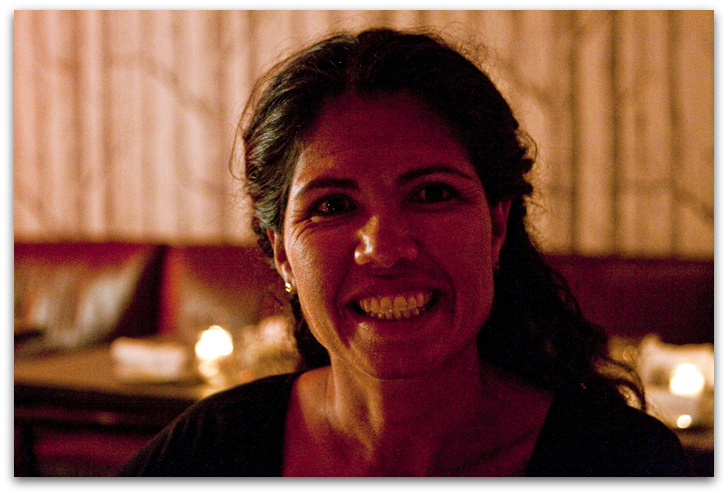 IKAL 1150 Wines Of Argentina Tango Into Our World Through Tom’s involvement with the International Food Wine and Travel Writers Association (IFWTWA) we are able to network about various events.  Thus we found ourselves attending an intimate wine tasting of Ikal 1150 wines last month at LOU – a wine bar in Hollywood, CA.

We were greeted by Sandra Beltran and Jerry Ward, owners of Ikal (pronounced ee-kal) wines of Argentina.  This charming couple resides in Houston, Texas but has been traveling throughout the United States to promote their estate winery and introduce five Ikal  1150 wines.  Having been in the luxury hotel business in Mexico, the couple is also building a small luxury hotel and residences at the winery in the province of Mendoza, Argentina.  I sense a road trip in our future.

The word “ikal” means poetry in Mayan native languages and 1150 refers to the meters above sea level (about 400 ft.) where the winery sits in the majestic Andes mountains. The elevation being free of insects and mold allows Ikal to create gravity fed winemaking without pesticides.  Rocky Andes mountain soil, optimal growing  temperatures,  and pure snow-melt water combine to produce a concentration and complexity of flavors that I found to be truly poetic in nature. Here are a few of my observations on each one:

2009 Chardonnay – deep gold color, inviting tropical aroma, aged in French oak with a very crisp and clean finish.  I would have expected stainless steel contributed to this kind of crispness – Fresh and delightful.

2008 Torrontes –a white wine from uniquely Argentinean grape boasted a light floral nose but again a crisp finish. This amazing wine served chilled would be my choice for summer or for daydreaming about mountain meadows anytime.

2007 Pinot Noir – prominent aromas of vanilla and cola berry created a great nose and very good complex taste at a great price. This was a favorite of Mr. WINEormous.

2008 Cabernet Sauvignon – deep red color, nose held lots of ripe. Red fruit combined with an earthy minerality and firm tannins to create an inviting complexity.  The finish was sweet and long.  I imagine pairing this wine with strong flavors for marvelous results.

2007 Malbec – this cornerstone grape of Argentina did not disappoint.  Begin with inky-dark clear color. Initially this wine needed some breathing time  but opened up into dense, ripe flavors with an exotic minerality.  It begged for a showcase of Argentine-style cooking.  I plan to lay a bottle down and call out for recipes.

Ikal  1150 wines are available through the Ikal website or online at www.mywinesdirect/ikal.com.  Sandra and Jerry promised to return to Southern California in January,  We are hoping to persuade them to come to Temecula for a WINEormous Argentinean pairing dinner.  If you just can’t wait Ikal 1150 wines are now being served at Fifty Seven Degrees in San Diego and Wine Gallery in Corona Del Mar.  It’s well worth the trip.