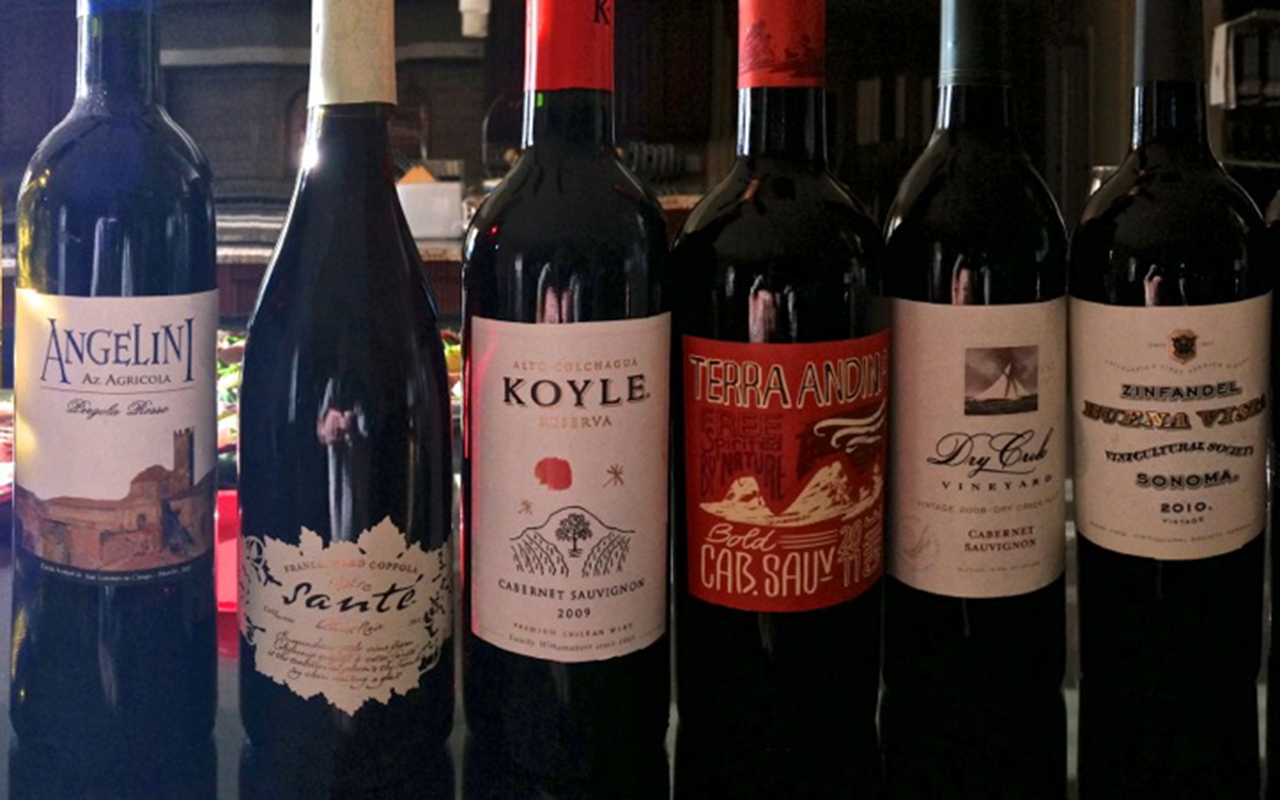 Again With The Wine Tasting?

It’s now officially a ritual. Friends gather three or four times a month, bringing food to share as we taste wines that have been shipped to me. It’s an event we all look forward to, each of us bringing our unique palates. We are amazed each time by at least one wine that’s an incredible value, like the first wine we tasted. The 2012 Cavit Chardonnay was stunning at $8. Tony said he’d “buy it in a heartbeat!” I loved the green apple nose and found it nicely balanced. Jan thought it was crisp, dry and a great value. It got an average of three and a half out of five stars possible.

I visited Francis Ford Coppola Winery this past week, and I can’t wait to share that experience with you. We tasted the 2011 Coppola Director’s Cut Sauvignon Blanc. This wasn’t the group’s favorite. Most struggled to get much of a nose and found it a bit pricey at $21. Al liked the nose and the fruit on the palate, but also felt it was overpriced. Jan thought it was crisp and refreshing.

We crossed the Atlantic for an Italian wine, the 2011 Angelini Pergola Rosso. Pergola Rosso is a varietal from the la Marche region of Italy. Robb thought it was a great “summer sipper.” Amy loved the nose and the way it paired with blue cheese. Priced at $9, Tony thought it “drinks more like a $20 bottle.” Kim and Brian felt it was surprisingly good at a fantastic price. I found it improved greatly after a little time in the glass.

We tried another offering from Coppola Winery, the 2011 Votre Santé Pinot Noir. Kim and Brian felt it was a really smooth Pinot and an astounding value. I loved its pale ruby color and found it fruit forward, well balanced and with a good finish. Ken gave it five stars and described it as delightful. All of us felt it was a steal at $14 and Tony said he’d be tempted to put a case in his wine cooler.

We headed to Chile for the 2009 Koyle Reserva Cabernet Sauvignon. Almost everyone remarked on the earthy nose, but this wine didn’t win over many fans. Robb found it “quite thin”, but Ken found it smooth and fruit forward. You ought to be able to find it for under $20.

Next was another Chilean wine, Terra Andina’s 2011 “Bold” Cabernet Sauvignon. Robb simply said “eh, too tannic.” Al thought it was full bodied and an incredible value at $10. I picked up some funk on the nose, but it blew off and opened to be a very nice wine, especially for the price.

Our globe trotting brought us back to California for the last two wines. First was Dry Creek Vineyard‘s 2008 Cabernet Sauvignon. I also visited DCV last week and will tell you more later. This group has developed a love for DCV wines and this one was no exception. Jake thought it needed air, but after 30 minutes he felt rewarded with a silky smooth Cab. Al liked the nose and found it very drinkable, “a solid Cab.” Most everyone felt it was the best Cab of the night and that the $22 price tag made it a great value.

Our final wine of the evening came from Livermore, Karl Wente’s The Nth Degree 2010 Merlot. Amy loved the nose, and felt it needed time to open. Al enjoyed the smooth full-bodied fruit, but like most of the taster felt $70 was a bit too steep. Jake loved the multi layers of flavor ad its slight smokiness. We atste again in a few days. Until then…