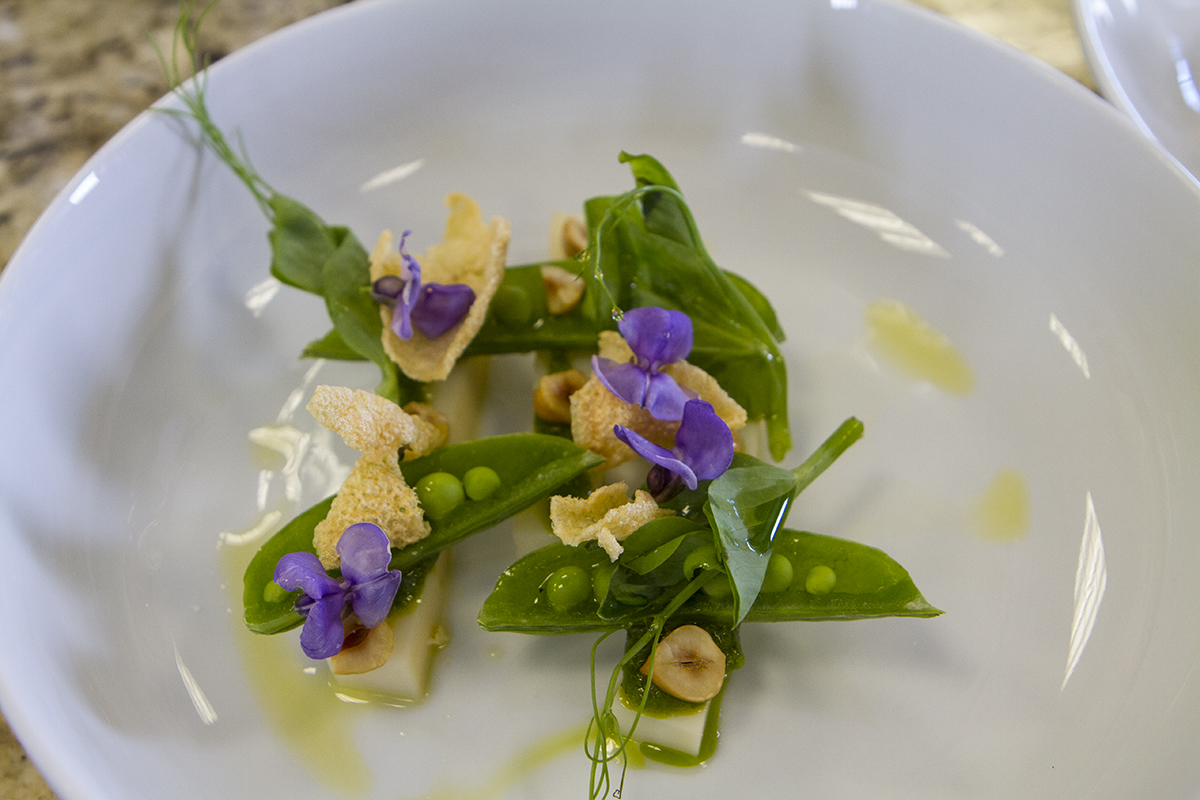 I love cooking shows and enjoyed watching brothers Bryan and Michael Voltaggio square off against each other a few seasons back on Top Chef. When I got invited to attend a cooking demo with Michael and his sous chef Cole Dickinson, I jumped at the chance. Universal Appliance and Kitchen Center is unlike any appliance and kitchen center I’ve ever visited. For starters, it’s immense. Room after room of state of the art refrigerators, stoves, microwaves and virtually anything else you could possibly want in a gourmand’s kitchen.

Owner Igor Royz greeted me warmly and introduced me to his family. Several vendors were on hand, pouring wines from Eppa and Josh and rum from Zacapa. Ahead of the cooking demo, there was plenty of food, stuffed mushrooms and other tasty nibbles along with some tasty dessert treats. Chefs Michael and Cole went to work at 2:00, dazzling us with their technical and artistic expertise on four different dishes. Voltaggio told us he had brought along some equipment from his restaurant ink, thinking he would need them, but Universal had some tools that even he didn’t. He was extremely impressed by all that they had. Those close enough to the action each got a small taste of each dish. Not only were they gorgeous, they tasted amazing. At the end of the demo, Chef Michael graciously signed copies of the new book he and brother Bryan co-wrote, VOLT ink. It’s easily the most beautiful cookbook I have ever seen. To cap off a great day, Ed Begley, Jr. showed up unannounced. We had a brief chat and he struck me as a very down to earth guy.