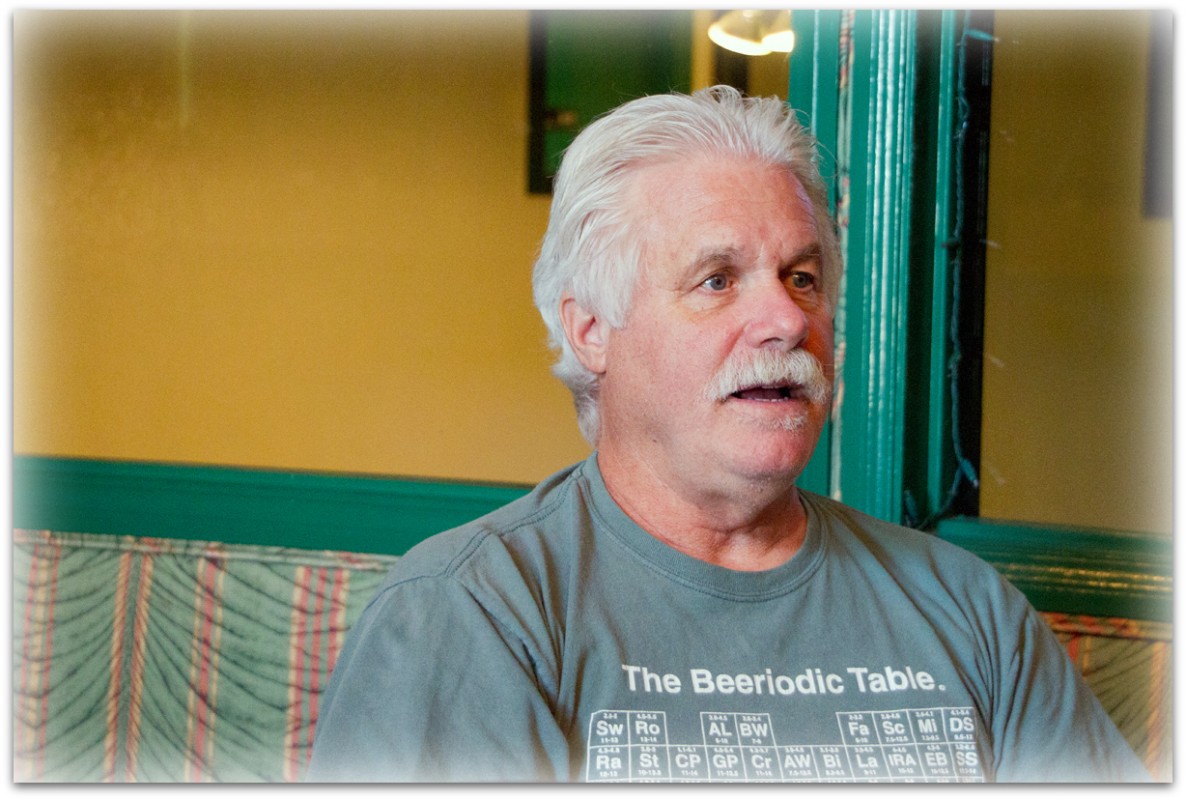 Thornton Winery – Quality Through And Through Thornton Winery was one of the first wineries I visited after I launched WINEormous. I remember being impressed by many things that day. The gracious hospitality of John and Steve Thornton. The quality of the wine and the food at Café Champagne. The superb wait staff. More than two years later, with new winemaker David Vergari in place, Thornton still shines. Most of the faces are ones I remember from my first visit, and many of them have been there for more than a decade. One I visited with has been at Thornton for 23 years, another, 21 years. Last week I was invited to have lunch with Steve Thornton, David Vergari, Executive Chef Steve Pickell and fellow writer Frank Mangio followed by a tasting of 15 (count ’em) 2010 Thornton Wine releases. Let’s start with the lunch. Chef Pickell is in full summer mode and is offering new menu items such as a spicy sausage and mushroom risotto and short rib sliders on cheddar cheese rolls with grilled onions and horseradish sauce. Specials that day included blackened swordfish with a dry barbecue rub and lime butter served over corn succotash, flatbread pizza with roasted portabello mushrooms, olives and Fontina cheese and a grilled chicken panini on sourdough. The charcuterie is all house made. I started with carrot ginger soup with coconut milk and almond mint pesto. My entrée was the blackened swordfish and we shared desserts; butterscotch pudding with vanilla salted caramel, maple pudding with a garnish of candied bacon, St. Angel triple crème cheese with wild honeycomb and tiramisu. Chef Steve uses seasonal, fresh ingredients at every turn. We enjoyed Thornton’s Brut Reserve and the newly released 2010 Chardonnay with lunch and got a glimpse of what lies ahead for Thornton Winery. After lunch we adjourned to the Vineyard View Room to taste the recently released 2010 wines from David Vergari. The Chardonnay was unoaked, and crisp and bright with notes of green apple and spice. “If you want a lot of butter and ML (malolactic fermentation), you’ve come to the wrong place.” He says he was anxious to see how Huis Vineyard would express itself. The Viognier is complex with a floral nose and a touch of sour orange peel. The Orange Muscat had all of the qualities you would expect without being overly sweet. They let the Barbera spend a little more hang time on the vines and wound up with a wine with good structure and soft tannins. Vergari has six barrels remaining he will bottle later. It “cries out for good food,” he said. Next up was the Nebbiolo, a wine I feel needs a bit more time in bottle to properly express itself. Keep in mind these are all 2010 releases. David wasn’t quite sure what was missing from the estate Syrah. Steve Thornton suggested he add a little Cabernet Sauvignon and that was the magic it needed. It shows a nice deep color and has a wonderful mouth feel. “Poor Merlot,” said David as we moved onto the much maligned varietal. “One throwaway line in a movie.” This Merlot is a treat, aged in neutral oak and very fruit forward. One of my favorites of the day was the Cabernet Franc. “If I’m doing what I’m doing right, the nose will promise and the mouth will deliver the goods.” I caught a little bit of green banana on the nose. The Cabernet-Merlot was a wine David played around with until he found something he liked. He blended in small amounts of Cab Franc and Petit Verdot. Some of the fruit was sourced from De Luz. The Cabernet Sauvignon is a varietally correct wine with soft tannins and hints of blueberry. Thorny’s Coat Red is a $17 table wine, a blend of Zinfandel, Tempranillo, Petite Sirah, Syrah and Barbera. “I take great pride in making wine that sells in the single digits or low to mid teens that people like. I want people to drink wine. I don’t want it to be a secret club where you need to know a certain handshake to get in.” The Zinfandel is not the monstrous fruit bomb you may be accustomed to. It’s light in color with prominent blackberry. Tempranillo was another of the afternoon’s stars. David believes it’s a grape that has a huge future in this valley and I agree with him. We ended our marathon tasting with Petite Sirah. I didn’t get a lot from the nose, but it more than delivered on the palate. Every one of these wines shows well today and will only get better with bottle time. I enjoyed spending quality time with David and getting to learn more about what makes him tick as a winemaker. He believes it’s imperative to keep your eyes and ears open and to ask questions. His resumé is expansive. He interned at Sonoma-Cutrer where he learned about Chardonnay and other whites. He gained knowledge of Bordeaux varietals at Hess Collection and was a cellar rat at Joseph Phelps. He has made wine all over the world and believes that it has given him a broader perspective. “Finesse, style, balance, seamlessness in the finish, integration between the oak and the fruit, wines with decent acidity that can be consumed young and yet will be able to age” is what he strives to achieve.”I make wine with my heart and my guts. It’s a very emotional process.” He says developing the profile for what a Thornton wine should be is an evolving, ongoing process. They are constantly re-appraising, and he welcomes the Thorntons’ input. I returned to Thornton a few days later for the Champagne Jazz Concert Series, now in its 22nd season. 25 year old New Orleans sensation Trombone Shorty and Orleans Avenue were the evening’s headliners and we opted for the Gourmet Supper Package, always happy for the opportunity to savor Chef Pickell’s creations.The first course was fresh figs and Serrano ham with Manchego cheese and Tempranillo syrup paired with 2010 Thornton Tempranillo. Pan roasted sea bass with crispy orzo cake, an heirloom cherry tomato and fava bean ragout with olive provençale sauce was pared with Thornton’s non vintage brut. Dessert was a dark chocolate and raspberry dome with crème Anglaise paired with Thornton’s 2010 Cabernet Sauvignon. The presentation and quality of food that comes out of the kitchen at Café Champagne is consistently excellent. Opener Richard Guttierez kicked of the evening with some soulful salsa and had his dad join him for a couple of numbers. When Trombone Shorty took the stage, the joint was jumping. He played for well over an hour and had the crowd on its feet for most of the performance. When you visit Thornton Winery, whether it’s to taste their wines, enjoy a meal at Café Champagne, or for one of their Champagne Jazz concerts, rest assured you’ll be in for a treat. The Thornton family knows how to treat their guests.