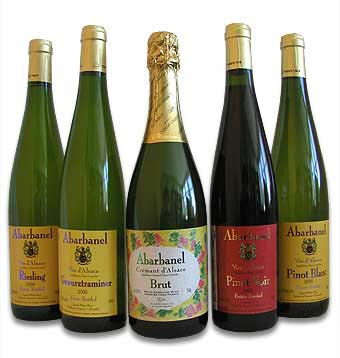 Take Israeli Wines Out of the Liquor Store Ghetto WINEormous welcomes new contributing writer Juda Engelmayer. Juda oversees the Corporate Communications/Public Affairs/Crisis Communications groups for 5WPR, one of the 25 largest PR agencies in the U.S.  He directs a team whose efforts are put to task for business, political, advocacy, and policy relates issues, as well as for individuals in national and international arenas. At 5WPR, he publicly campaigns for clients, directing promotion and positioning, and handles issues of public discourse on corporate, financial, personal and philanthropy related matters.

He and his wife Debra, along with his brother-in-law Daniel J. Cohen, own the 77 year old New York landmark Kossar’s Bialy bakery on the Lower East Side.

Over his nearly 20 year career, previously, he served as executive vice president for media, marketing and public relations at a national food relief organization operating in 44 states and over 6000 communities where he oversaw every aspect of its marketing, from social media and email campaigns to community relations and crisis communications. Prior, he served as Chief Communications Officer for The American Jewish Congress.

Having become somewhat of a wine enthusiast over the years, I have tasted many fine wines from all over the world, and have toured wineries in the United States and abroad in pursuit of a recreational oenophile’s whimsy.

Over the past 20 years or so, the market for kosher wines – don’t laugh – has grown, as post Baby Boomers acquired money and taste, and began seeking finer alternatives to the old style syrupy sweet Malaga and Concorde Grape selections of Kedem and Manischewitz.

My late step-mother loved to tell this story. She went to a local liquor emporium known for its kosher wines, and asked for two gallon-sized bottles of ritual (Kiddush) wine, one Malaga and one Concorde. The owner pulled her over to the side and said, in a low voice, “You know, you don’t need to drink that anymore. We have a large selection of really good kosher wines.”

“I know,” she said, with a tinge of regret. “But my husband loves this stuff.”

That was over 15 years ago, and the “large” selection is now a huge one.

Fine wine and kosher used to be contradictory terms, but with the rise of so many wonderful vineyards in Israel, the race to produce the best kosher wines soon expanded to Spain, Australia, France, Italy, Chile, Argentina, Australia, New York, California, and every other place non-kosher wines have been made for centuries.

Grapes, like all foods that grow in the ground, are inherently permissible foods, as is the alcohol produced during fermentation. Any wine can be “kosher,” and some kosher consumers accept that they are. A biblical prohibition prohibiting “pagan wine” ceased to be a problem in the first millennium, according to the rabbinic literature of the period, but social contact with non-Jews was an issue, so the ban on “non-kosher” wines continued. “Cooked wine,” on the other hand, was permissible, even during social contact with non-Jews. Thus, “mevushal” (cooked) wines became the standard until only recently. Why that is so is subject to debate. To get into that debate here is beyond the scope of this article. Besides, it would force me to examine why I can do tequila shots in a dark bar with my non-Jewish friends, but sitting down with them for a sedate dinner with wine is frowned upon.

Needless to say, the cooking process does sound as if it will certainly make any wine taste off as compared to typical non-mevushal wines. Yet, two important phenomena have occurred in the past two decades: flash pasteurizing, which maintains the essence of the flavor and qualities while super heating the wine; and the growth of wineries in Israel that are controlled and staffed by Orthodox Jews. These developments have allowed for an increased production of non-mevushal wines.

Now, I am good friends with Jose DeMereilles, the owner of and inspiration for the kosher New York bistro, Le Marais. He is not only a master chef, but a wine connoisseur who enjoys traveling around in search of the best. At his restaurant, he has some of the very best mevushal wines (they must be mevushal, because kosher certification agencies insist on it).

In recent years, he has come to know Israeli and Spanish wines of the kosher variety, and now buys them for his own home. He once believed that kosher meat could not taste as good as the non-kosher equivalents he served at Le Marais’ sister eatery, Les Halles, the home of chef Anthony Bourdain. Then Jose perfected the aging process for Le Marais, and his food now ranks among the best eateries in its class, kosher or non-kosher.

He also remembered a time when kosher wine was undrinkable and unthinkable for non-Jews, but has come to respect greatly the wines made today. That leads to his thought about wine marketing.

When you go to most, if not all, liquor stores that carry kosher wines, the kosher wine is sectioned off, and few real wine lovers will stop in the kosher section. What a grand idea it would be for Israel’s wineries — any kosher winery for that matter — to be displayed in the regional sections alongside their non-kosher peers.

This is where my public relations and marketing background comes into play, alongside my enthusiasm for wines. Kosher wineries now make a bulk of their revenues off the Jewish, and kosher in particular, consumers who enjoy good wines. That Jews are not big drinkers is a myth, but the number of Jews who drink only kosher wines is limited, and that limits market share. Consumers who want to see kosher wine sales really soar and who want to support Israel on a larger scale should work on a campaign to lessen the emphasis on kosher wines and increase the awareness of the regions where they come from.

Kosher wineries such as Tura, Castel, Recanati, Rothschild, Elvi, Capcanes, to name a few, are perfect for the tables and cellars of both connoisseur and high-end restaurant. There is no reason they have to be put in sectioned off in ghettos in the liquor store.