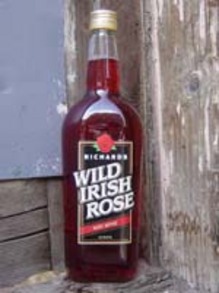 Thirty years ago, Robert Mondavi and Domenic Renzoni were sipping Scotch in Las Vegas. Mondavi said to Renzoni “Your grandson is taking over the company, isn’t he? Why not put his name on it? It sounds like my name, plus there’s Ronzoni pasta. People are going to think they know that name.”

When you visit with Robert Renzoni, you’re treated to some wonderful stories. His family got its start in the wine business in 1886, when his great grandfather Federico began working in the vineyards near the small Italian town of Fano. Robert started sipping wine at the age of six and when he was twelve, his dad used to pour wine out of a brown paper bag each Sunday, and if any of the kids could name the varietal, region and country of origin, they’d get a hundred bucks. Robert won twice, correctly identifying a Chateau Montelena Chardonnay and a Silver Anniversary Parducci. Robert’s enthusiasm is infectious. His love for what he does is obvious. Robert’s ancestors are the inspiration for everything he does. Federico and his brother-in-law Romeo Battistoni got into the wine and cordial business together in 1914 in Buffalo, New York. In 1954, Domenic teamed up with Marvin Sands, president of the Canandaigua Wine Company, now Constellation Brands and became the first distributor of Richards Wild Irish Rose. Domenic had a tremendous impact on Marvin. One day Marvin called Domenic and asked him what the hell he was doing. “I can’t keep up with your sales. What are you doing with all those empty bottles?” He invited Marvin to meet him at the winery one night and he would show him. He hopped in the car with Domenic and his sales staff as they hit the streets of Buffalo about 11:00pm with cases of empty bottles with the Wild Irish Rose label on them. They walked down the streets and smashed the bottles on the ground, label up. The next morning as people walked around town, they saw dozens of empty bottles of Wild Irish Rose. “That’s old school marketing” says Robert. “I love telling that story.”

Marvin Sands was an inspiration to Robert. At the age of 16, Robert remembers watching Sands in action. As the company’s president, it was not uncommon for him to go up to workers on the bottling line and ask them how their families were, referring to them by name. With thousands of employees, Marvin knew the importance of treating his workers with respect, a lesson that has left a profound mark on the way Robert does business today.

Robert thinks big and he thinks outside the box. No other Temecula Valley winery focuses on Italian varietals to the extent that Renzoni does. Currently his line up is 95% Italian and that percentage will soon go up to 98. His focus is on esoteric Italian varietals, but of course you’ll find Sangiovese and Pinot Grigio there. He saw an opportunity to do something unique here. In choosing the name for the winery, not only did he reflect on the advice his grandfather got from Robert Mondavi, but there were no other wineries in the valley using both someone’s first and last names. His whole life he was told he had a great name for a wine. One of Domenic’s dying wishes was that he use his name for the winery. The families’ closest friends voted on it and Robert Renzoni Vineyards won by a landslide – 49 to 1.

He purchased the property in November, 2006 and the following spring he graded the land and planted his vines. He opened the doors in the spring of 2008. He made his first wines at Leonesse Cellars in 2006 and says he learned a lot from winemaker Tim Kramer. He learned to make wine “hands on”, the same way he learned to play guitar and drums. When you taste his wines, you’re tasting his palate. Renzoni’s wines tend to have softer tannins than many others and are closer in alcohol content to fine Italian and French wines: generally between 13.1 and 13.9% alcohol. Higher alcohol content tends to give wine more of a “bite”. He cites John Parducci for his philosophy. “Offer a quality product at an honest price.” He prides himself on his staff, giving credit to Marvin Sands when he says happy employees are productive ones. He knows that his customers will be impressed by how knowledgeable his pouring staff is.

The entire project is dedicated to the memory of his grandfather Domenic. Future plans include building a Tuscan style villa on the lower pad. The 5,000 square foot two story building will have a fifty foot bell tower with a bell that’s been in the family since 1886. The bell will chime at the open and close of each business day to honor his grandfather’s memory. The villa will be like a mini museum honoring Robert’s late ancestors, with vintage family photos throughout. It will also be the new home to the tasting room, a wine club members only tasting room, a winemaker’s laboratory and Robert’s office. The current tasting room will be transformed into their production facility. Robert is driven to carry on the family legacy. “I felt it was my obligation, not only for the love of my family and my grandfather who was my best friend, I thought that over one hundred years was too much to flush down the toilet.” His dad Fred is at the winery most every day. Robert saw an opportunity to pull his dad out of retirement and give him something to do, he noted with a wink. He reflected how amazing it is how life goes full cycle, noting that his family did business with Brookside Winery 60 years ago and the first Cucamonga Zinfandel they released was from those same vineyards. Robert is proud of what’s he’s accomplished in his first year in business and with good reason. His Sangiovese and Pinot Grigio are poured in more than 40 restaurants. He has just released the first authentic Portuguese Port in the valley using the Touriga Nacional grape. It’s called Paradiso. He will be releasing a Lagrein called Vecchio Frate, a tip of the cap to a line of dessert and table wines the family trademarked in 1939: Old Friar. Come in for a glass of wine and a story or two. Robert has plenty of them to share.