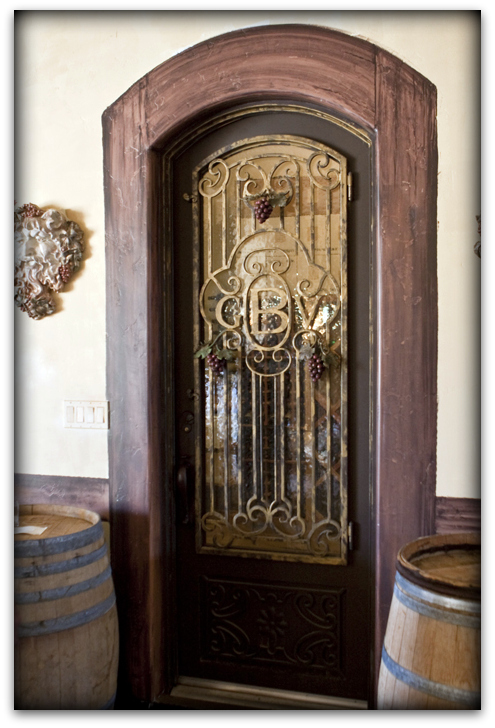 When your grandfather’s name is Gershon Bachus, you have to give serious consideration to entering the wine business. Ken Falik and his wife Christina Lesch decided to do just that, although they took a few detours getting there. They have a marketing company that specializes in creating loyalty programs for businesses as well as brand marketing for luxury products. In 2001 they paid a visit to the Temecula Valley with their staff for a retreat at the Temecula Creek Inn. It was their first visit to Temecula’s wine country and it was love at first sight. They were in awe of how beautiful it was and how much it reminded them of Tuscany where they had been frequent visitors.

They visited every winery they could find. At that point they weren’t sure what they wanted to do, but they knew they wanted to do something here. Several weeks later they found a hillside property on De Portola Road and purchased it, still unsure of what they were going to do with it. They began designing an Italian Villa and had to decide whether they wanted to be farmers, ranchers or winemakers. I think you know how the story turns out. When they made the decision to enter the wine business, they turned to renowned winemaker Mike Tingley for advice and assistance. The first thing they did was name the vineyard after Ken’s grandfather. They then took out trademarks on the name Gershon Bachus as well as ten other Gods, Goddesses and muses to name their varietals and blends. Gershon’s dream was to have a winery. They are now realizing that dream for him. The Faliks received their wine education “one bottle at a time”. They joined “every wine club known to man” in the Napa Valley, buying and drinking $50 – $60 bottles of Cab to figure out what it was they liked and wanted to produce. It took several years from the thought phase to actual execution. What they envisioned was producing a great quality wine out of a region that wasn’t necessarily known for having 90 point wines. They weren’t even sure at the beginning what a 90 point wine was or what it should taste like. Their first release was 2005 Acquilo Cabernet Sauvignon. People thought they were nuts charging $65 for it, but it is a magnificent wine.

Then came more decisions. How often should they open? What should they charge for tastings? At the beginning GBV was an appointment only winery, limited to groups of at least eight people with a high ticket wine tasting. They brought on Joe Vizcaino as apprentice to Mike Tingley and tasting room director. Joe has enrolled in the American Sommelier Association and has his sights set on attaining second level Sommelier status. He convinced Ken and Christina to open the tasting room doors on weekends, and on most Saturdays and Sundays, they are. The exceptions are when they are hosting a wedding or corporate event, or if they just don’t feel like coming in.

Tasting at GBV is a unique experience. It’s one of few “sit down” tasting rooms in the valley. Christina admits to being nosey and wants to engage you in conversation, as does Ken. You could ask him about his car collection. You’ll probably see the purple Prowler or the Bentley if you stop by. Christina would love nothing better then to have a “topic of the day” and have people come in for a lively discussion. The Faliks are proud of their wines and excited about the upcoming estate releases on the near horizon. Their hope is to get all of the wineries in the valley to join them in raising the bar. Each year they choose a charity and pledge a percentage of their proceeds to that charity. This year’s recipient is the American Cancer Society.

Before opening the doors to Gershon Bachus Vintners, Ken and Christina had nothing that was truly theirs from beginning to end. “What more than to plant, grow, market and ultimately sell your dream?” says Christina. You can follow GBV on Facebook and twitter. Make sure you say hi to Oscar Meyer.