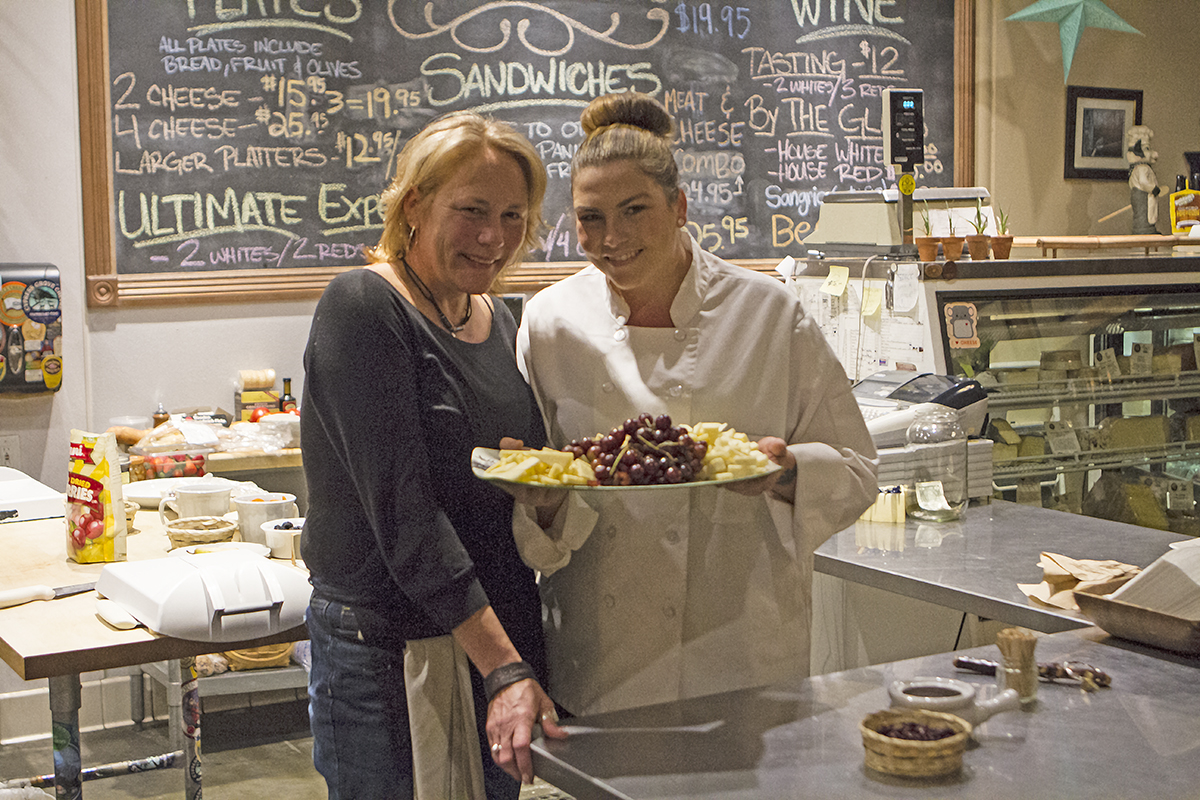 This was an evening I had looked forward to for quite some time. I met Provenance winemaker Tom Rinaldi at last year’s “Day In The Dust” in Rutherford in the Napa Valley. He arranged to have some wines shipped to us for a tasting. With six wines in hand, I rallied the troops and we met at Temecula Valley Cheese Company, where Shauna and Stasha graciously agreed to host us.

I didn’t even know Provenance made a Sauvignon Blanc until last year, and when I had it at lunch it blew me away with just how good it was. On this evening we tasted the 2012 release and the group agreed this was a special wine. Tony simply said “the best Sauvignon Blanc I’ve ever tasted.” Robb isn’t a big fan of the varietal, but gave it a five out of five score. Al thought it was fresh and full-bodied with a blast of citrus and a nice dry finish. It got an average score of well above four stars and it sells for about $16.

We moved straight from there to reds, starting with the 2011 Napa Merlot. Jan thought it was delicious with cherry and Cassis and well-developed tannins. Ken liked the spice on the nose, its fruit-forward character and found it smooth through the finish. Chris gave it a perfect score of five. He loved the cherry and dark berry fruit, tannic balance and long, clean finish. Brian really liked it, calling it dark and dusty. Said Tony “one case please!” It averaged about four and a half stars and you should be able to find it for about $29.

On the other hand, the 2011 Rutherford Cabernet Sauvignon was “a bit dry” for Tony’s palate. Jan thought it was “a lovely Cab” well-balanced with lots of berry and muscular tannins. Chris liked the Rutherford earth notes and thought it will be a perfect wine in two to three years. Brian also felt it needed  bit more time. Al thought it was fabulous and only wished he had a filet to pair with it. At $35 it had an average score of about four stars. The 2010 3 Palms Merlot was our next offering. 3 Palms vineyard is in the Northeast side of the Napa Valley and is covered in volcanic rock. The Merlot from that land is spectacular. It was one of those wines I could have smelled all evening. The fruit simply exploded from the glass. I thought this was an exceptional wine. Ken called it “luscious all the way through.” Sue called it the perfect Merlot. Robb said it was exceptional, too. A few tasters preferred the Napa Merlot, but most felt this was the superior wine giving it an average score of about four and a quarter. $65

We moved on to another landmark Napa Valley vineyard: Beckstoffer’s To Kalon vineyard. Originally planted in 1868, it was replanted  to Cabernet Sauvignon and Cabernet Franc in 1994. The 2010 Beckstoffer To Kalon got raves from the group. Jan said “Oh, what a nose.” She found it beautifully balanced with smooth silky tannins. Ken called it a big, bold, hearty, meaty Cab.  Chris loved the beautiful ruby color and subtle nose as well as its well-rounded lingering finish. Several tasters gave it a perfect score of five. Robb even gave it a five point two! This one ought to set you back around $89.

Our last one of the evening was stunning as well; the 2010 Winemakers Reserve Blend of Cabernet Sauvignon, Merlot, Petit Verdot, Malbec and Cabernet Franc. I loved everything about this wine. Ken said it was a wonderful synergistic blend, one of the best he’s tasted in a long time. Brian said it was probably the best of the night. Sue called it a perfect wine and Jack said it was the wine of the night. It came very close to getting a perfect five-star score. It sells for about $50. My heartfelt thanks to Shauna and Stasha who were incredible hosts, supplying just the right cheeses to pair with each wine on a platter with fruits, olives and nuts and a lovely, runny “bonus” cheese at the end. Thank you so much for your gracious hospitality!