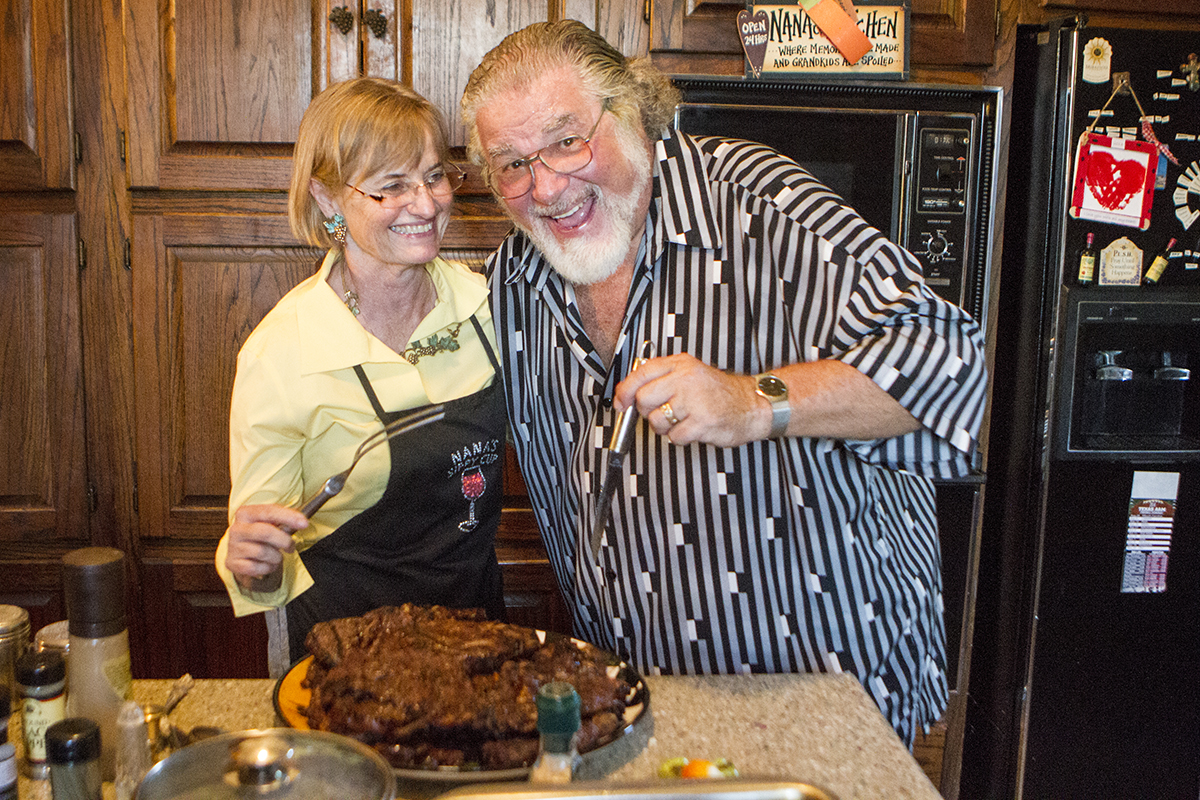 Messina Hof – Texas Hospitality And Then Some For the past three years I’ve been fortunate enough to be a part of the Harvest Celebration at Messina Hof Winery in Bryan, Texas. This year I also got to check out their new location in Fredericksburg, in the heart of Texas Hill Country. On a warm August afternoon in the Bryan tasting room, I sat down for a visit with the winery’s founder, my good friend Paul V. Bonarrigo. Paul married Merrill in 1977 and together they bought a hundred acre parcel that remains at the heart of the Bryan operations. Paul was a physical therapist and a client of his had completed a feasibility study that showed wine grapes could thrive in Texas. The property was home to a few chickens and cows, but not much else. One of the main reasons they fell in love with it was the “Messina Hof Lake.” Paul’s family has roots in Messina, Sicily and Merrill’s family hails from Hof, Germany. At the time the mini series “Roots” dominated the airwaves and they thought the name was fitting.

With their friend’s encouragement they planted 50 varietals on one experimental acre, ten plants of each. Some did better than others, but Lenoir was the most successful of them all and it’s what they have planted on the property to this day. Pierce’s disease eventually wiped out all but the Lenoir. Thirty acres of that grape is planted on the Bryan property. They’ve developed about seven products from the grape including a port, a rosé and a cream sherry. They’re making a Claret this year, a Lenoir/Tempranillo blend. In the early years, wife Merrill was the entire winery staff; she ran hoses, did pump overs and all the rest. She was the cellar master and worked long hard hours while Paul tended to his physical therapy clients. After their humble beginnings with one acre in Bryan that grew to thirty, they own 150 acres in West Texas and altogether there are more than 900 acres that are part of Messina Hof. In the late 80s and early 90s they started winning some major awards. They built the retail room in 1988. From a starting production of 1300 gallons annually production today is 125,000 gallons. In 1997 they added the Vintage House restaurant followed two years later by The Villa Bed and Breakfast. In 2010 they expanded to Fredericksburg in Texas Hill Country with a new tasting room and The Manor Haus Bed and Breakfast. A third location will open in Grapevine later this year. In two years they’ll open in Houston.

In 2013 Paul V. turned the reins over to son Paul M. Bonarrigo. “When you’re committed to a winery, it’s really hard to find someone as committed to take over your winery.” After serving two terms in Iraq, Paul M. told his dad he wanted to take over. “That was a lovely day, a great day.” He knew of his son’s abilities, he just wanted to see the desire and commitment. “It’s an exciting time for our Texas wine industry because we’re seeing so much enthusiasm and there’s so much more potential.” Messina Hof’s slogan is “Join The Family.” It’s not a hollow phrase. The Bonarrigo family prides itself on being accessible. During the Harvest Festival both Paul senior and junior are on hand for all activities as are wives Merrill and Karen. I don’t see that changing anytime soon. Messina Hof’s fans love their winery. VIP members get a red cap, similar to the one Paul V. often wears. As for the wines, the awards and recognition speak for themselves. I’m already looking forward to visiting during harvest time next year. It’s become one of my personal highlights.