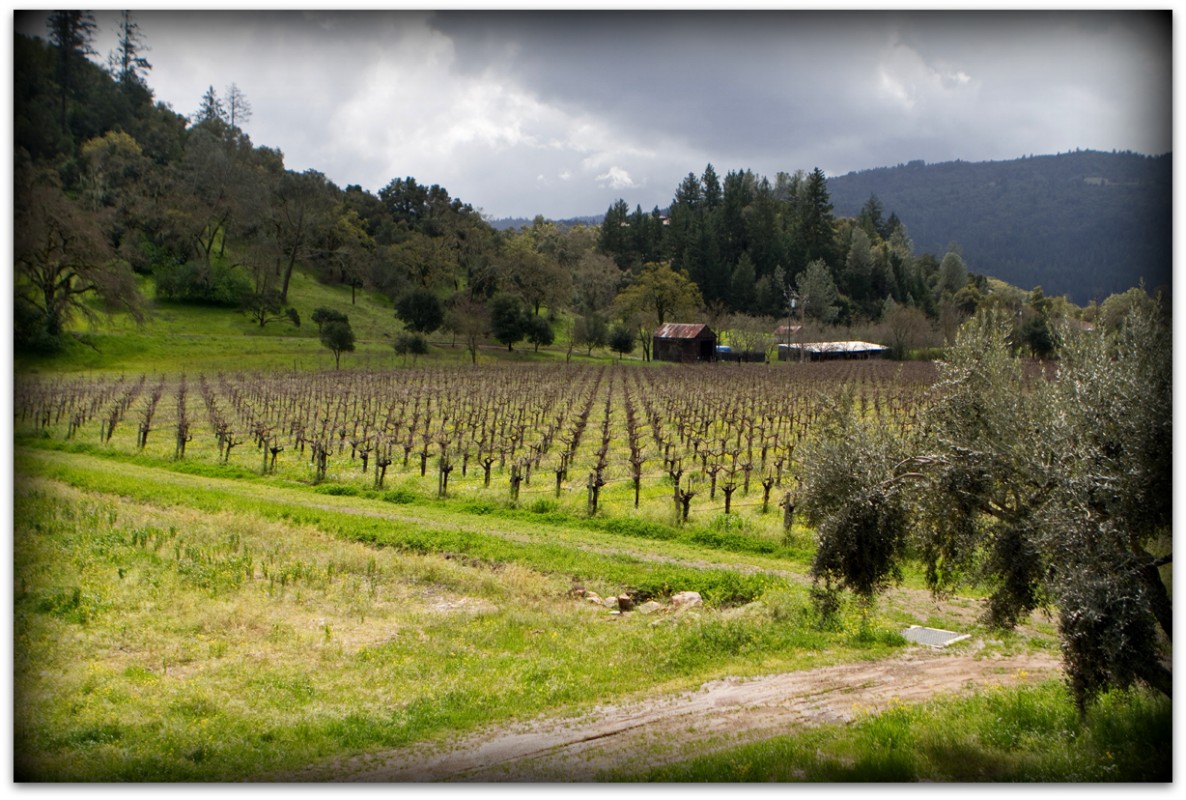 It’s not often a pre-schooler knows the career path he or she wants to follow. If they do, you’ll probably hear them say they want to be a firefighter or maybe a doctor. Kirk Venge wanted to be a winemaker. Not only that, he knew he wanted to be a winery owner since he was a “little guy.” He came by it honestly. His dad, Nils Venge, was the first American winemaker to receive a 100 point score from Robert Parker, Jr. for the 1985 Groth Reserve Cabernet Sauvignon. This spring, Steve Heimoff from Wine Enthusiast bestowed a score of 99 points on one of Kirk’s wines: the 2008 Venge Vineyards Family Reserve Cabernet Sauvignon. I met Nils the day after I visited with Kirk and he said to me “I’ve still got him by a point.”

Kirk’s passion is infectious. He has a twinkle in his eye and a lilt in his voice when he speaks about wine. “We lived, ate, slept and drank wine as a family,” he recalls. Family vacations were work trips, promoting Nils’ wines and presenting winemaker dinners at places like the Ahwahnee Hotel in Yosemite. His dad launched Saddleback Cellars in 1985, the same year he got a perfect score from Parker. From the age of four, Kirk drove tractor, helped the picking crew and worked the bottling line. Kirk received his degree from UC Davis and at the urging of friends and colleagues decided to head abroad to gain perspective. He moved to New Zealand in 1999, worked the harvest and made Sauvignon Blanc, becoming familiar with yeasts, processing styles and temperatures along the way. He also learned the art of cold fermentation which he practices to this day.

Upon his return to the Napa Valley, Kirk went to work at Mumm, where he spent five years making Pinot Noir and Chardonnay. His time there gave him the perfect introduction to Pinot Noir. There he was in charge of eight different clonal selections and worked with rootstocks and science and learned the delicate differences between the various clones and rootstocks. During his tenure at Mumm, he lived in a cottage on a property his dad had purchased while he was in New Zealand. The vineyard was in shambles and the two cottages on the property were “torn up,” but that’s where Kirk first launched Venge Vineyards. He lived on the property until 2003 and married in 2004. Kirk purchased his current property on Silverado Trail in 2008. Here he crafts a proprietary white, Chardonnay, Sangiovese, Syrah, Cabernet, Merlot, a proprietary red blend and a late harvest Zinfandel. The grapes he uses are painstakingly selected. The Cabernet comes from his dad’s Saddleback Vineyards Oakville estate, where the vines are old and the soil is weak. He buys Merlot and Zinfandel from his dad and Pinot Noir from a source in the Russian River. He looks for different styles both in his fruit and in his barrel selection and says diversity builds consistency. “What we’re trying to do here is something at the highest level in the Napa Valley. I can guarantee that.” “One of my greatest days is five days after bottling. Let’s see what it tastes like!” It’s his hope that people leave with a sense of what it takes to make his wines. He gives his team much credit, noting “in this company everybody’s turned loose to do their best.” He thanks Nils for providing him the opportunity to take chances and make mistakes, but adds that dad always was there looking over his shoulder. He’s quick to point out the differences between father and son. “Dad’s a lot more fun than I am.” He says his dad drives a tractor more in a year than he has in his lifetime. Kirk calls his 99 point score a blessing. I feel blessed to call Kirk my friend. I sincerely hope you get the chance to meet him and taste his exceptional wines.