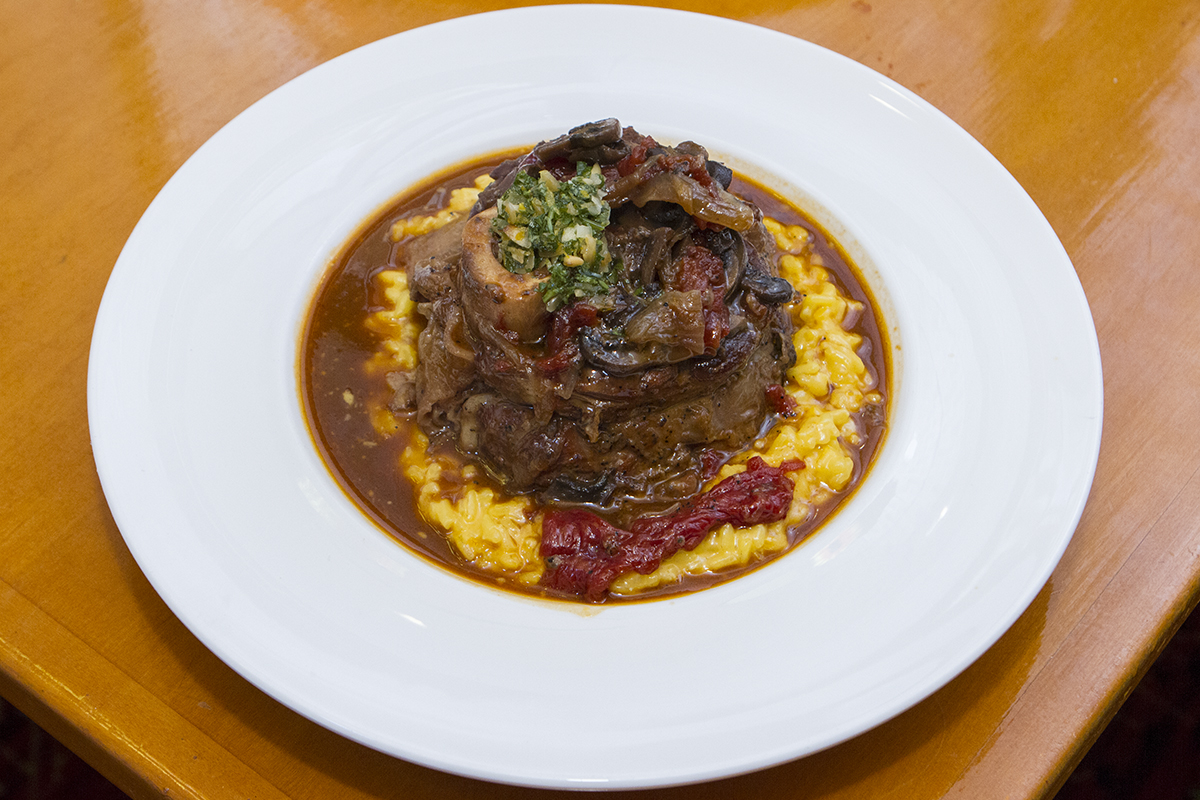 The new face under the Executive Chef’s hat at Paisano’s at Pechanga belongs to Andre Pinto. A native of Salvador in northern Brazil, the chef’s passion for food began when he was in his teens, hanging out in the kitchen with his mom. He lent a hand, learning as he went. By the age of 13 he was perfecting Feijoada, a Brazilian stew, along with fish and beans. The urge to progress in his career compelled him to move to Massachusetts where he teamed up with his cousin on the line at Stonefordge Grill in the town of Easton. Soon he was hired as sous chef at the upscale LaScala Italian restaurant in a Boston suburb.

The east coast winters proved to be a bit much for the native of the warm climes of Brazil, so he hit the internet looking for work somewhere less frigid. He came across Pechanga, submitted his resumé and was hired as kitchen supervisor for Kelsey’s for their grand re-opening. When the position of Executive Chef at Paisano’s became available, the transition was a natural one. Andre loves heading up the kitchen and it shows. Regulars who have been dining there for years are enthusiastic about the flair he brings.”I’m excited for the new menu” he told us, with items including fried polenta, whole lobster pasta and clams with cous cous. His favorites on the current menu include Ossobuco, bruschetta and rigatoni with vodka sauce. When my dining companion and I went in, I told him to prepare what he wanted. It’s how I like to experience a chef for the first time. We enjoyed a glass of Lincourt Lindsay’s Vineyard Pinot Noir with his bruschetta. If you’re picturing slices of bread with a chopped tomato topping, you’re way off base. His version comes with grilled slices of bread, a head of roasted garlic, tapenade, goat cheese, a squeeze cylinder of balsamic vinegar and his tomato mixture. Elegant and delicious, you assemble your bruschetta to your liking. Already delighted, we were anxious to see what was next. He presented us with Capellaci di Zucca, homemade ravioli stuffed with butternut squash, walnuts and parmesan cheese served with fresh asparagus. It was absolutely divine. For the main course, chef prepared what has to have been the most beautiful Ossobuco I’ve ever seen. A fall off the bone braised veal shank served atop a ring of saffron risotto presented with a small fork to savor every bite of the marrow. It was absolutely delicious. We took his recommendation and enjoyed it with a glass of Hess Alomi Cabernet Sauvignon. The pairing was spot on.

We protested that we didn’t have room for another bite, but he insisted we try Pastry Chef JJ’s sideway chocolate layered cake, a chocolate sponge cake with dark chocolate mousse, a creamy ganache and fresh strawberries and blueberries. Head to Paisano’s to sample Chef Andre’s cuisine. Maitre d’ Alan will make you feel most welcome. Our server Melinda was delightful.