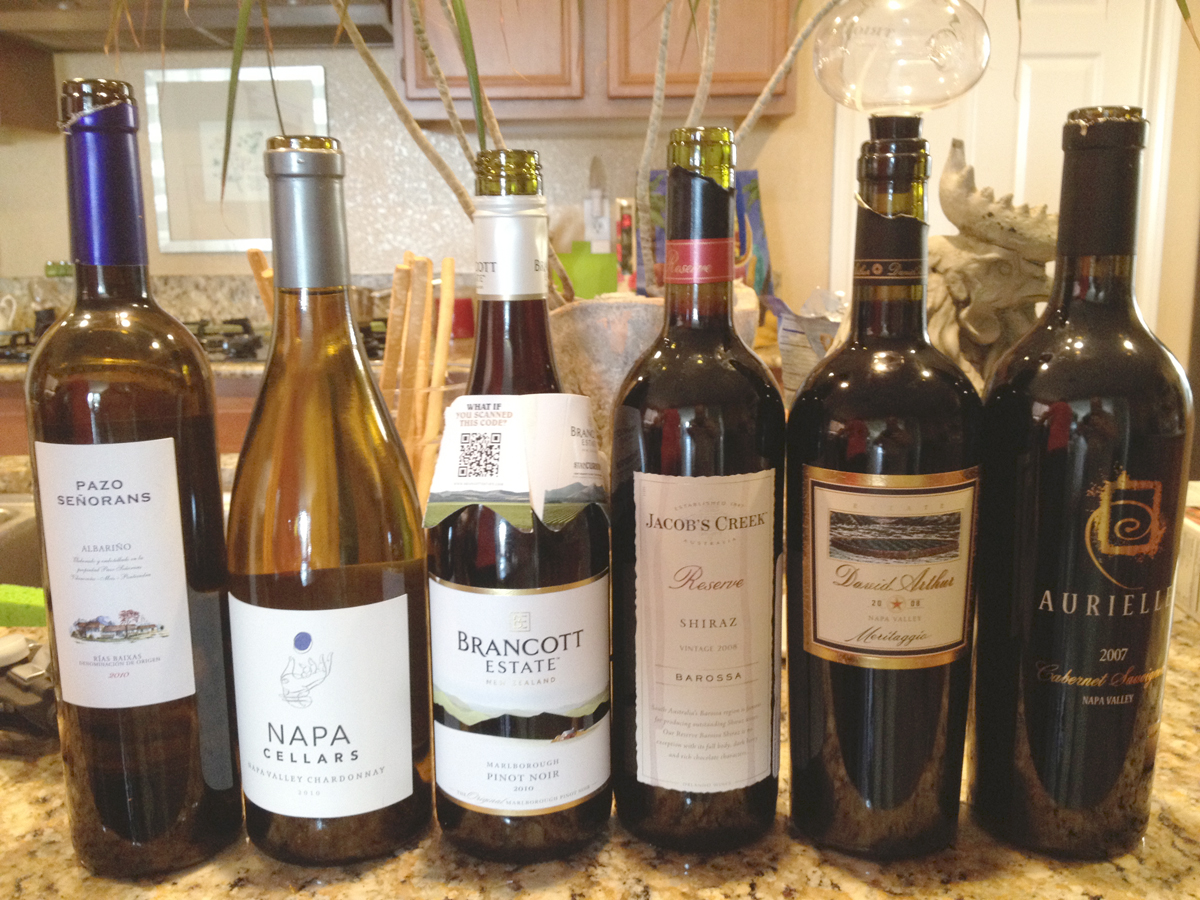 Tasting and reviewing wine alone is a tricky proposition. Ideally you want to share the experience with friends and some food. I’m now a part of two groups that do just that. We taste five or six wines while we eat some cheese and other snacks. In February we met at a friend’s home and started our afternoon with the 2010 Pazo Señorans Albariño from Rías Baixas, Spain. Priced at $18, comments included bright acids and a floral nose. I liked the mouthfeel. Amy felt it was a nice “poolside wine.” Most of us would buy it. We moved on to the 2010 Napa Cellars Chardonnay. Our group was split down the middle on this wine, with most preferring the nose to the wine itself. Most felt that it lacked complexity. Four of us would buy it, five would not. It’s priced at $15. Our first red of the day was Brancott Estate‘s 2010 Marlborough Pinot Noir from New Zealand. Before we tasted the wine, I showed the group the new app that Brancott has released, The World’s Most Curious Bottle. With this app, you just scan the QR code or front label and you can learn which foods pair best with the wine, tasting notes, puzzles and more. A few called it a classic Pinot and Tony said it “drinks like a higher priced Pinot.” At $13, the majority felt it was an excellent value and wouldn’t hesitate to buy it. We stayed down under for the 2008 Jacob’s Creek Reserve Shiraz from Barossa, Australia. “What a deal”, said one of us. Most liked the nose, calling it smoky and earthy. Tony felt it got better as it sat in the glass. At $10 we all felt it was a terrific value. We concluded our tasting in the Napa Valley, beginning with the 2008 David Arthur “Meritaggio”, a blend of Cabernet Sauvignon, Sangiovese, Cabernet Franc and Petite Verdot. Amy called it a “great wine for Sangiovese lovers.” Almost everyone loved the nose and liked the wine, but most felt it was priced a little too high. It sells for $55. Finally we tasted the 2007 Aurielle Vineyards Cabernet Sauvignon, a silver medal winner at last years’s International Wine and Spirits Competition. Everyone loved this wine, but most of us felt it will be far better five years from now. Jim said “nice nose, nice color and nice long finish.” A few said they would spend the $90 asking price, most said they felt the price was a bit high. All in all it was another enjoyable day. Stay tuned for future tastings in the near future.