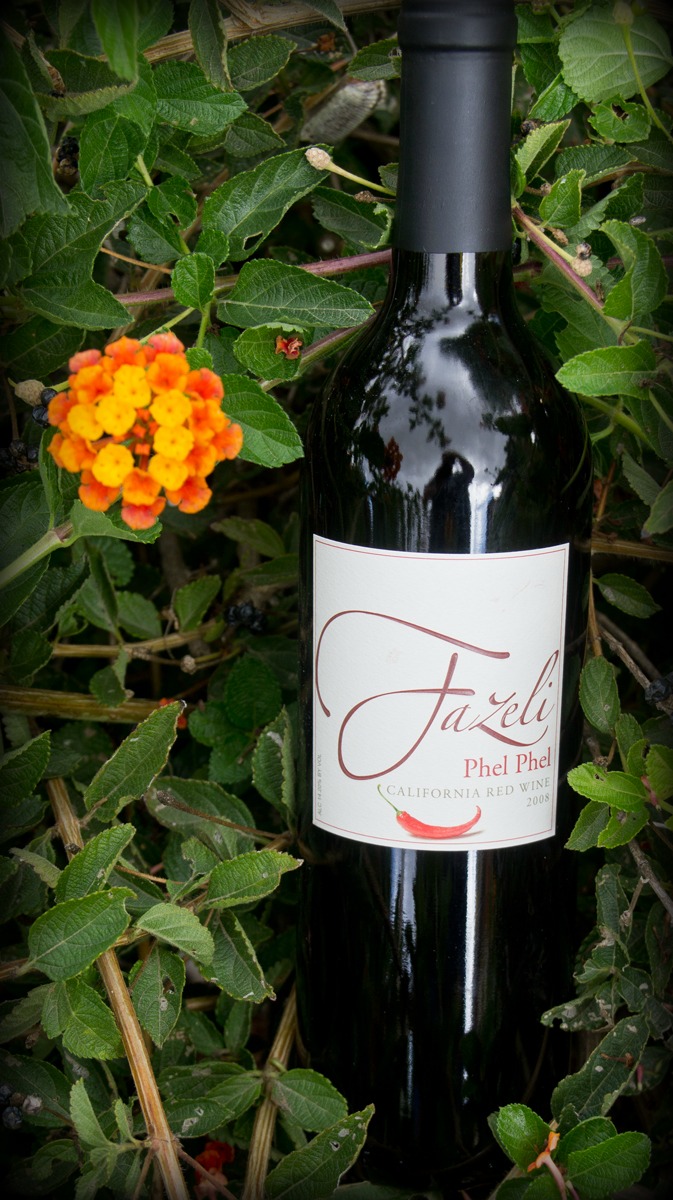 Fazeli Cellars – Our Name Is On The Label “Inspired by the ancient traditions of Persia, Rooted in the modern expressions of California.” You’ll find those words of the back of every bottle of wine from Fazeli Cellars. Bijan (BJ) Fazeli and his wife Wendy began looking at land about 14 years ago with the idea of growing grapes in Temecula. While they were looking, Pierce’s Disease destroyed many of Temecula’s wine grapes so they decided to look elsewhere. After visiting the Central Valley, Paso Robles, Carmel and Napa, the decided they really wanted to be in Southern California. About seven years ago, they came back to Temecula after seeing a newspaper ad for a piece of land that was on the market. They didn’t buy that property, but they did purchase another piece of land that was zoned for a winery. Their intent was to build a home in the middle of a vineyard and grow grapes “just for fun.” After they graded, irrigated and planted the land, a slow progression began. As Wendy says, first they bought some land. Then they planted grapes. Then they thought “Let’s make some wine. We can drink some and give some away.” Then they got a license. Finally, they opened a winery.

The winery will be located off of De Portola Road between Keyways and Robert Renzoni on the newly named Shiraz Way. In addition to the vineyards there, they own land on Glen Oaks Road and have signed several long term leases with other vineyards. “We just want to have consistency with our wine.” They spare no expense in delivering a quality product, opting for premium fruit over high yields. Their reds spend 24 – 27 months on oak and then six months in bottle before being released. “Our name is on the label. It’s the expression on people’s faces when they drink the wine. ‘This is from Temecula?'” They plan to break ground on their winery early next year and will open it in two phases, with the first phase opening about nine months after they break ground. In the meantime they’ll be opening a tasting room in the Burke Building on 4th Street in Old Town Temecula in early November. They hope it will be a place where people can hang out, enjoy some good wines and good times. Wineormous with Wendy and BJ Fazeli

Stage Ranch is handling vineyard management for the Fazelis and Tim Kramer is putting his touch on their wine, but BJ and Wendy want to make it clear that the wines are being made to their palates. “We are hands on.” Their labels are designed by their daughter. They select the bottles the wine goes into. Bijan’s Persian heritage is evident in the names the wines carry. Yalda means longest night of the year. When they were blending the wine and finally settled on the exact amounts of Syrah, Mourvedre, Grenache and Cinsaut, the primary varietals that make up Châteauneuf-du-Pape,  they looked at each other and said ‘We could drink this all night.” Norooz is a blend of Viognier and off-dry Muscat Canelli. The nose reminded them of hyacinth and the palate reminded them of spring. Norooz is the Persian New Year which begins on the first day of spring. The Persian icon Omar Khayyam said “Drink for you know not whence you dance, nor why. Drink for you know not why you go, no where.” Those words grace the back label of Fazeli Cabernet Sauvignon, which BJ simply describes as “so rich, so chocolatey, so beautiful.”Mehregan is the Persian Harvest Festival and is a blend of Grenache and Shiraz. Phel Phel is the Persian word for chili pepper. Cinsaut is primarily used as a blending grape, but it takes center stage here  with 84% to 16% Cabernet Sauvignon. Ruby Rose is a rosé of Shiraz and is named in honor of their first granddaughter born this year. Her picture at three weeks old is on the label. I have had the opportunity to taste most of their wines and find them to be exceptional. The Fazelis say “We can only get better.”