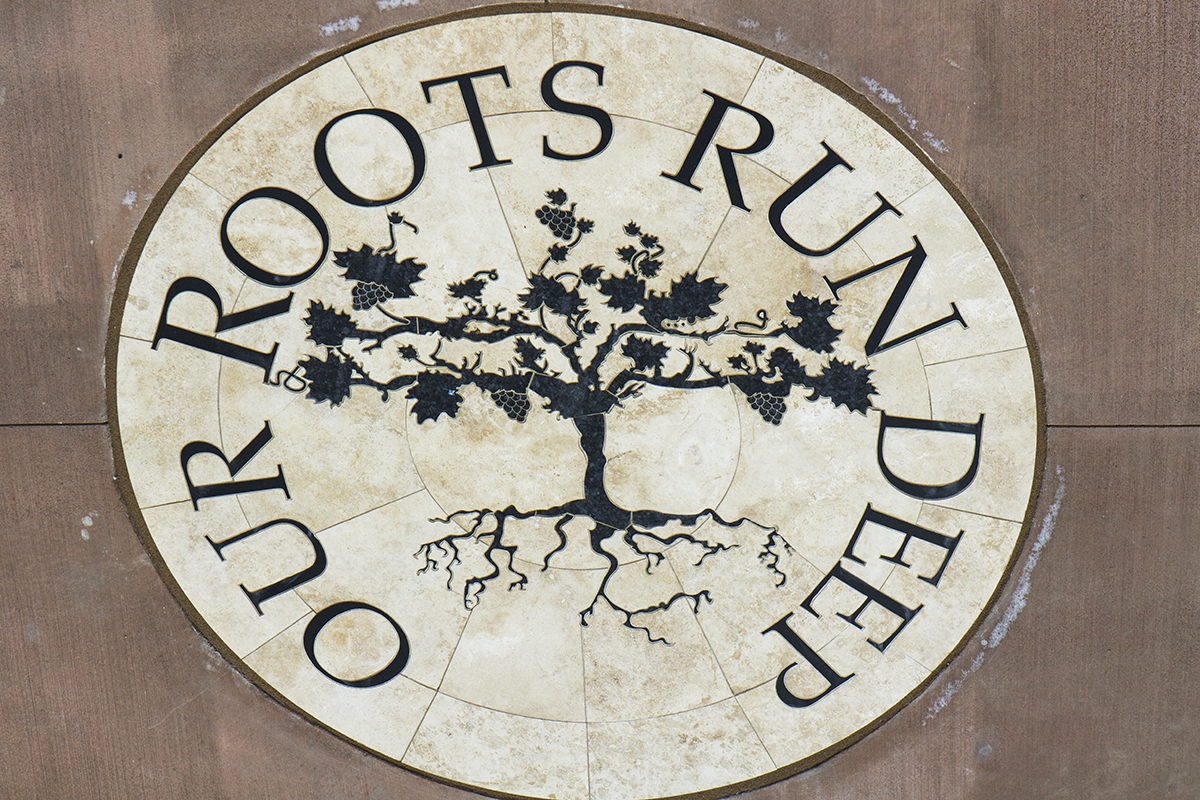 Bijan ‘BJ’ Fazeli’s vision for a world-class winery on De Portola Road in Temecula took shape more than eight years ago. Fazeli Cellars wines made their first appearance in Temecula at the Collective, now called Crush n Brew. A few years back, they opened their own tasting room in Old Town Temecula. Visitors there could watch animated renderings of the wine country venue. In December 2015, dreams became reality.

I sat down with BJ at his newly opened winery and asked him just what his vision was. He told me he wanted to create an experience. “I wanted people to come here, sit down, pick up their glass of wine, walk around the facility and have many ‘ah’ moments.” He noticed most tasting rooms, not just the ones in Temecula, offer guests a view of the walls while they’re tasting. He decided to turn the building southwest to capture “the way the sun rises and sets as well as maximum views and light.” The two large bars offer visitors 180 degree views of Temecula wine country. It’s a massive structure, more than 200,000 square feet. The winemaking facility, banquet kitchen and banquet room are all downstairs and the downstairs kitchen is the largest on de Portola and one of the largest in the valley. There’s an outdoor wedding venue that can also be used for corporate events, fashion shows or “anything” for that matter. He said guests can stroll from there to the banquet area while enjoying a glass of wine or a cocktail.

The winery is in its soft opening stage right now, giving them a chance to tweak the building and correct any flaws. A grand opening is slated for late March. The Mad Hatter Tea Party is on the calendar for February 27th. BJ will be the Caterpillar, wife Wendy will portray the Queen of Hearts, one daughter will come as the Cheshire Cat, a granddaughter will be Alice and his son-in-law will represent the Mad Hatter.

Chase Drake, son of renowned Temecula vineyard manager Ben Drake, is Fazeli’s assistant winemaker. He makes the wines to BJ’s palate. Fazeli Cellars has two mottos. The first, Our Roots Run Deep, is embedded in concrete at the winery’s entrance. The other is found on the wine bottle labels: Inspired by the ancient traditions of Persia, rooted in the modern expressions of California. The wines are exceptional, with four whites including a Riesling, a Sauvignon Blanc and two blends. There are several reds. There’s a nod to Omar Khayyam in Khayyam, a blend of Cabernet Sauvignon, Petite Sirah, Shiraz and Cabernet Franc. Pandemonium, a blend of Petite Sirah, Merlot, Cabernet Franc, Shiraz and Cabernet Sauvignon, and Mayhem, a blend of Cinsaut and Mourvedre, show the whimsical side of Fazeli. BJ has made extensive use of recycled materials including the massive wooden front doors, the counters and counter fronts and baseboards. Their goal was to be sustainable and environmentally friendly. The bar tops are gorgeous, made of walnut with swirls of copper treated to look like unfinished turquoise. Baba Joon’s kitchen is open every day from noon to 5:00, serving an array of middle-eastern inspired food. Baba means father or grandfather and Joon is a term of endearment. It’s what his kids called him when they were growing up and what his grandkids call him now. Besides, the initials are the same as his nickname, BJ.