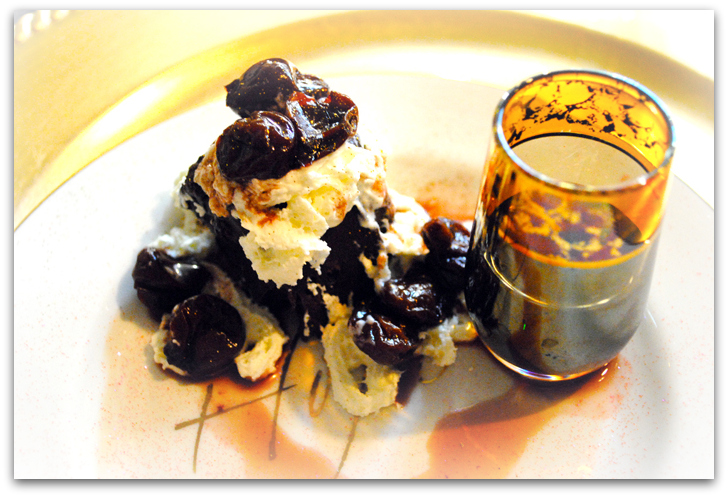 Anatomy of a Winery – Tesoro Style I was recently invited to a Media Tapas Party hosted by Tesoro Winery at their Temecula “Club House” Urban Barrel Room.  This lovely event prompted me to reflect and appreciate how progressive, innovative and creative my friends at Tesoro really are and how much I have enjoyed getting to know Buzz and Kimberly Olson over the past few years and how I am so looking forward to what the Tesoro future brings.

Start with a dream…

It was the dream of Carl “Buzz” and Kimberly Olson to develop an Italian country complex, including a winery and Bed & Breakfast villa on a beautiful 20-acre plot of land in the rolling hills of Temecula’s wine country.  They joined forces with family, friends, fellow dreamers and renowned winemaker, Etienne Cowper to begin this venture in November of 2007.

Quality was one of the first things I noticed when I initially visited the Tesoro Tasting Room in Old Town Temecula.  It had a European charm yet kept consistent with Temecula’s “old town” ambiance – filled with elegant wine accessories, home accessories, artwork and unique jewelry, Tesoro Winery would offer a fun boutique shopping experience by itself.  But then come the wines…premium Mediterranean-style wines, thoughtfully created to bring out the best of the Temecula growing season and create a distinctive, local style – fresh, drinkable, sunshine in a bottle.

Winemaker, Etienne Cowper is known throughout the valley as “Mr. Balance.” He believes wine-making is a lot like cooking; blending flavors and textures to create a balance. “I let the grapes tell their own story.  I bring out the best of what’s there, less intervention – more enhancement,” he notes. It has taken 2-1/2 years of building an inventory to be able to age, hold back and let the wine settle.

The Tesoro philosophy has built a strong social community in several short years.  It started with the Old Town Tasting Room itself – in the heart of both day and night life, open late after most country wineries have closed, a warm and friendly stopping place and destination.  Creative, unique and popular events draw people into the Tesoro community: Meet the Artist receptions, Girls Night Out shopping events, First Friday wine club meet-ups and Hot Summer Nights music and entertainment evenings all originated from Tesoro Winery.  Tesoro has even sponsored a class on Social Media and joined right in with both Twitter and Facebook links. Evidence of interaction with local businesses is prominent when you visit the tasting room or attend a Tesoro event.  Soro’s Mediterranean Grill will deliver a meal or snack right to you while you taste and linger.  Wonderful hors d’oeuvres and small plates by Chef Dorothy Blandi of Artists’ Gourmet Cafe grace many special events.  Local vendors and crafters are encouraged to participate in festivities whenever possible. Musicians, entertainers and artists are regularly showcased. There is rarely a time that Tesoro Winery is not a leader or active participant in supporting and giving back to others in the community as well.  Right now they are collecting in the tasting room for the Temecula Valley Boys & Girls Club improvements.

This brings me up to the present and what‘s happening with Tesoro right now.  The Media Wine & Tapas Party provided these great updates.  I tasted four Tesoro wines magically paired with tapas by Chef Dorothy, including a 2007 Elio Dor, Grenache/Syrah/Mourvedre blend  that was named by Tesoro Treasure Chest Wine Club members and an absolutely over-the-top Tribordo port paired with a dark chocolate cherry wine cake – yum! We experienced a real magic show, and you can too.  Comedy/magician or magician/comic, Rocky Osborn performs every Saturday from 4pm-close at Tesoro’s Old Town Tasting Room.  Every hour, he offers a new show of about 10-12 family-friendly, up-close tricks.  My companions called Rocky “spooky”, “hilariously scary”, and “amazing.” It only costs one drink to sit around a poker table and be magically entertained – another pioneering Tesoro move.

The venue for our party was magical in itself – Tesoro Urban Barrel Room – a convenient, unique and affordable setting for up to 60 guests.  Here you can create your own magical event with over 600 square feet. D.Y.I. or opt for full-service event planning for charity events, receptions, luncheons, wine-tastings, intimate wine dinners.  Let Tesoro imagination and events manager, Kathy Lyle be your guide.

I also got a glimpse into the future at Tesoro Winery.  Etienne Cowper declared the 2010 season with a cool spring and summer to have produced red wines of exceptional chemistries, really good colors and high potential. We tasted 3 new sparkling wines to be released in the near future.  Personally, I’m dreaming about the passion fruit flavor.

December and early 2011 events are being planned.  They include an early-bird, 5-7pm, New Year’s Eve Party and a January 20th Girls Night Out Post-Holiday Re-gifting Party plus Rocky Osborn up-close magic/comedy continues on Saturday nights.  This might give me a chance to figure out just one of his tricks.  Maybe? The biggest Tesoro dream may also be realized in several months.  The Olsons and their business partners are purchasing 27 acres adjoining Kimberly’s Vineyard on Rancho California Road which includes the Temecula Wine Country landmark “The Castle,” renamed Castellini Di Tesoro (villa above the hill).  This completes the setting (and the funding) for the original dream – a bed and breakfast villa, winery and wine country tasting room for Tesoro – Tesoro style.