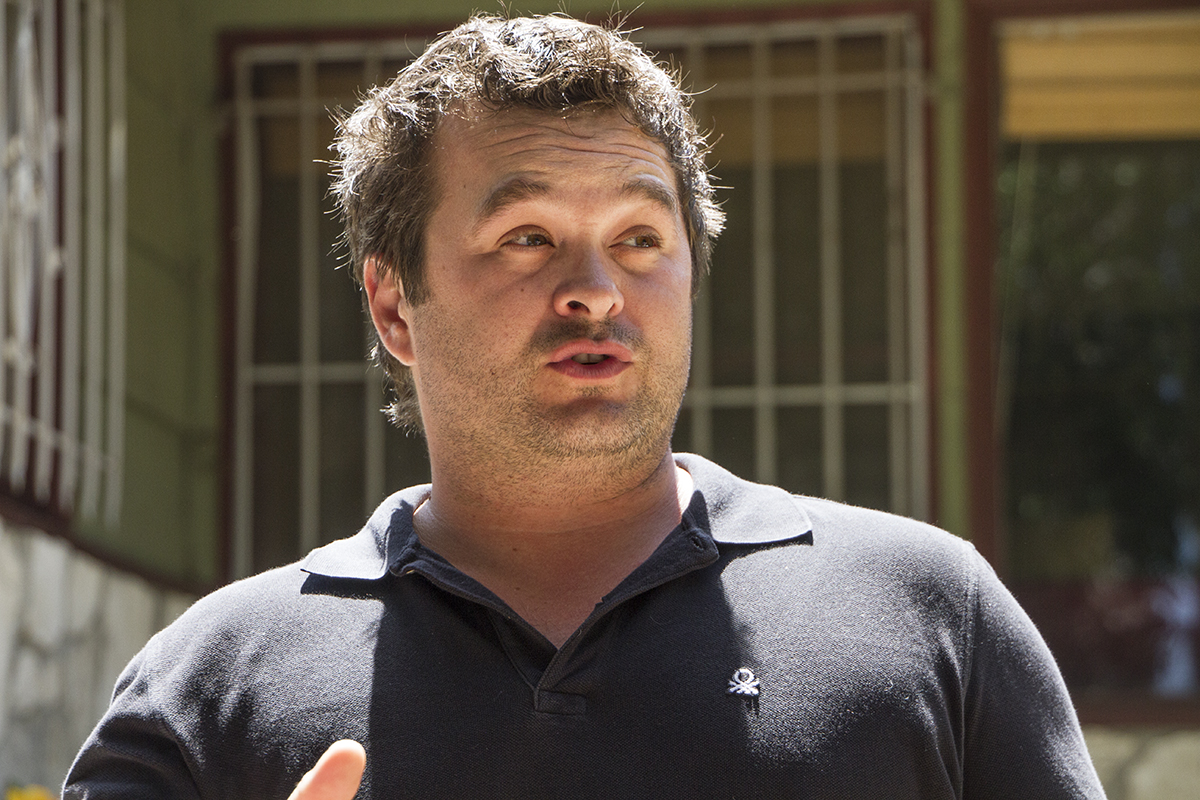 Assyrtiko. Athiri. Limnio. Until recently these names were as foreign to me as they likely are to you. They’re names of a few Greek wine grape varietals. Last year I attended no Greek wine tastings. At the midway point of 2014 I have already attended four. Greece is producing some stellar wines and Greek wine producers want to make sure you know about them. Recently we gathered in the back yard of a San Diego home on a sun-kissed day. We began the tasting with a selection of wines from Domaine Porto Carras and then proceeded to the wines of Naoussa.

A contingent of winemakers and dignitaries from Greece were on hand to guide us through an extensive tasting paired with nibbles of fruit, cheese and charcuterie. Our first taste of the day was 2013 Melissanthi, a 50/50 blend of Assyrtiko and Athiri. An expressive nose of pineapple, lemon and green apple, this bright crisp wine is perfect for summer and very food friendly. We tasted a total of six wines from Domaine Porto Carras, including the 2012 Malagouzia, winner of Sunset International Wine Competition gold medal and best of class. Limnio is the most ancient grape varietal and was saved from extinction by Domaine Porto Carras. The 2011 vintage had a tart cherry and cranberry nose and was earthy with a long finish. It’s said to have been Plato’s favorite varietal. The last offering of this group was the 2005 Chateau Porto Carras, a blend of Cabernet Sauvignon, Cabernet Franc, Merlot and Limnio. At nine years old it’s just hitting its stride. Twelve other wineries were represented this afternoon, all of them pouring Xinomavro, Naoussa’s renowned grape . Georgia Foundi from Estate Foundi was on hand with two wines. The 2007 Estate Foundi comes from a single vineyard and the 2008 Naoussea spends a minimum of two years in bottle. Xinomavro is a bold grape with an unmistakable profile. These were both elegant examples. The passion exhibited by these Greek ambassadors was infectious. Each winemaker was visibly proud of the wines they had brought and shared details, sometimes with the aid of a translator, of where their winery is located, how many bottles they produce and what their aim is in crafting these wines. The 2010 Karyda Estate Red presented by winemaker Petros Karydas spent two years in French oak, 40% new, and scored 91+ points from Robert Parker. The Naoussa 2008 from Diamantakos displayed a brick color and offered lots of fruit on the palate. Similar to a Nebbiolo, tannins in the Xinomavro grape can be overwhelming if the wine isn’t properly made.The 2010 Naoussa Melitzani is certified organic and spends six months in barrel. Apostolo Thymiopolous, considered by some to be one of the world’s finest winemakers, offered his 2011 Young Vines and 2011 Uranos, made from old vine Xinomavro.

Next time you’re shopping for wine, give some consideration to Greek wines, particularly the wines from Naoussa. You’ll be glad you did.

Tom Plant launched WINEormous in 2009 and is a member of the International Food Wine and Travel Writers Association. Based in Temecula, California, he offers intimate winery tours for no more than seven people. Tour details and pricing are available at www.temecula-tours.com.