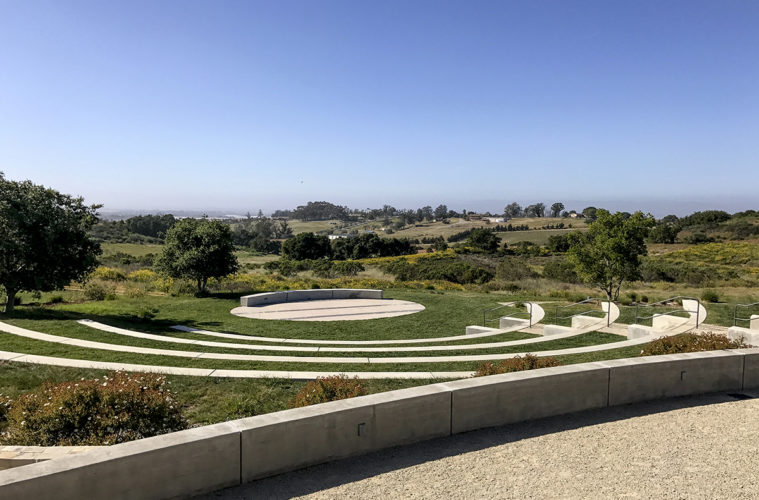 I’m blessed to travel as often as I do. Earlier this year, I visited the Santa Maria Valley, just a bit north of Santa Barbara and the Santa Ynez AVA. “Nice”, I thought, figuring it would simply be an extension of places I had already visited and enjoyed. I was happily mistaken! Holiday Inn and Suites, Santa Maria was my home away from home. Remodeled in 2014, it was originally built as an all-suites hotel. Boasting 207 rooms, it’s the Santa Maria Valley’s largest hotel and most of its rooms are 75 – 100 square feet larger than others in the area. The wine list is a favorite of locals and the hotel provides a convenient location for a wine country visit. Following breakfast, we made our way into Orcutt to pay a visit to the cnagy wines tasting room for a visit with winemaker Clarissa Nagy. Clarissa never set out to be a winemaker, but her passion for the grape compelled her. She worked at Edna Valley Vineyards, at Firestone and at Byron Winery under Ken Brown, who she refers to as her favorite winemaker and matchmaker. He introduced her to the man she wound up marrying. It was also where she began her love affair with Pinot Noir. Clarissa’s Tribute to Her Daughter

She branched out on her own, purchasing her first grapes in 2004. Her plan was to make “a little wine” and spend time with her husband and young daughter. “It’s been a pretty amazing experience” she says. She makes Viognier, Pinot Blanc, Pinot Noir and Syrah, totaling about 500 cases a year, the definition of a boutique winemaker. She’s had the cnagy tasting room open about two and a half years now, and she loves pouring her Pinot Noir for people who tell her they don’t like red wine. Several of her converts have joined her wine club. “I really want to show the elegant side of Pinot Noir” she says. Vineyards in the Santa Maria Valley run east west as opposed to north south, one of only two appellations that can make that claim. She sources fruit from the same vineyard blocks each year, assuring consistency in the fruit she crafts her wine from. Lunchtime rolled around and we traveled a few short blocks to Rooney’s Irish Pub. Open since 2010, owner Tim Rooney shared the story of how Rooney’s came to be. The original plan was to open a craft brewery, Shanty Irish Brewing Company. Tim learned if you have a brewery with a kitchen it comes with a full liquor license. “Pub fare, but better,” is how he describes the food. His favorite is “The Lost” Shepard’s Pie, a short rib braised in Guinness served atop potatoes and vegetables. Says Tim “we’re all foodies.” You’ll find virtually any Irish specialty you might imagine: bangers and mash, fish n chips, Irish stew and daily corned beef and cabbage. Our server, April, stopped by to tell us about the daily specials. There was a crispy prosciutto salad with arugula, mixed greens, cherry tomatoes, red onions and crispy prosciutto with a red wine vinaigrette topped with a fried egg. There was also a tri-tip sandwich with thick cut tri-tip, pico de gallo, and garlic butter sauce on a fresh-baked Hoagie roll from Edna’s bakery. When asked about St. Patrick’s Day, Rooney said you have to see it to believe it. The doors open at 6am with about 100 people waiting to come in. There’s a free breakfast buffet from six until eight and a Jameson breakfast shot – 2/3 Jameson and 1/3 butterscotch schnapps in a shot glass served with a piece of cooked bacon and followed with an orange juice chaser. “It tastes just like maple syrup,” said Tim.  All the furniture is moved out and the place is standing room only with 2500 people coming in and out throughout the day and night. The parking lot is transformed into a beer garden. Rooney’s also offers the largest selection of Irish whiskey between Los Angeles and San Francisco. We headed out for more wine tasting, stopping at the magnificent CA’ Del Grevino. Jon Karlo Macias welcomed us, and gave us a preview of what is in the works. Construction of the new facility is underway. The 35,000 square foot structure will boast a banquet hall designed for large parties and winemaker dinners as well as private and corporate events. There will be a restaurant designed to mimic a small Italian village with a pizzeria and gelato. Behind the barrel room you’ll find the tasting room. A second amphitheater, smaller than the existing one will be built and there will be an open courtyard designed for tasting and lounging. There will also be guest rooms exclusively for VIPs. All of this comes with a price tag of $25 million. The wines of CA’ Del Grevino come with four different designations, CA’ Del Grevino, Grevino, Element and Red Carpet. We tasted Chardonnay, Pinot Noir, Grenache, Syrah and Dolcetto. The wines are refined and lovingly hand crafted. Owned by a husband and wife couple, he from South Africa and she from Italy, CA’ Del Grevino defines elegance. We paid an unplanned stop at Presqu’ile, their spectacular complex easily visible from CA’ Del Grevino. The views here at stunning and the wines are top-notch. We tasted Sauvignon Blanc, Chardonnay, a rosé of Pinot Noir and two different Pinot Noirs. You’re really missing out if you visit Santa Maria Valley without a stop at these two wineries. We concluded our visit with dinner at Shaw’s Steakhouse, a Santa Maria Valley landmark since 1953. Starting out small, they wound up purchasing the adjoining property and expanding. Shaw’s has gone through “an evolution of Santa Maria style cooking.” Known for their tri-tip, they utilize an open-pit with red oak smoke. Their pits have levers to control the heat. You feel a sense of history here, starting with the plate of carrot and celery sticks, green onions, pickles and black olives. The steaks are simply divine.