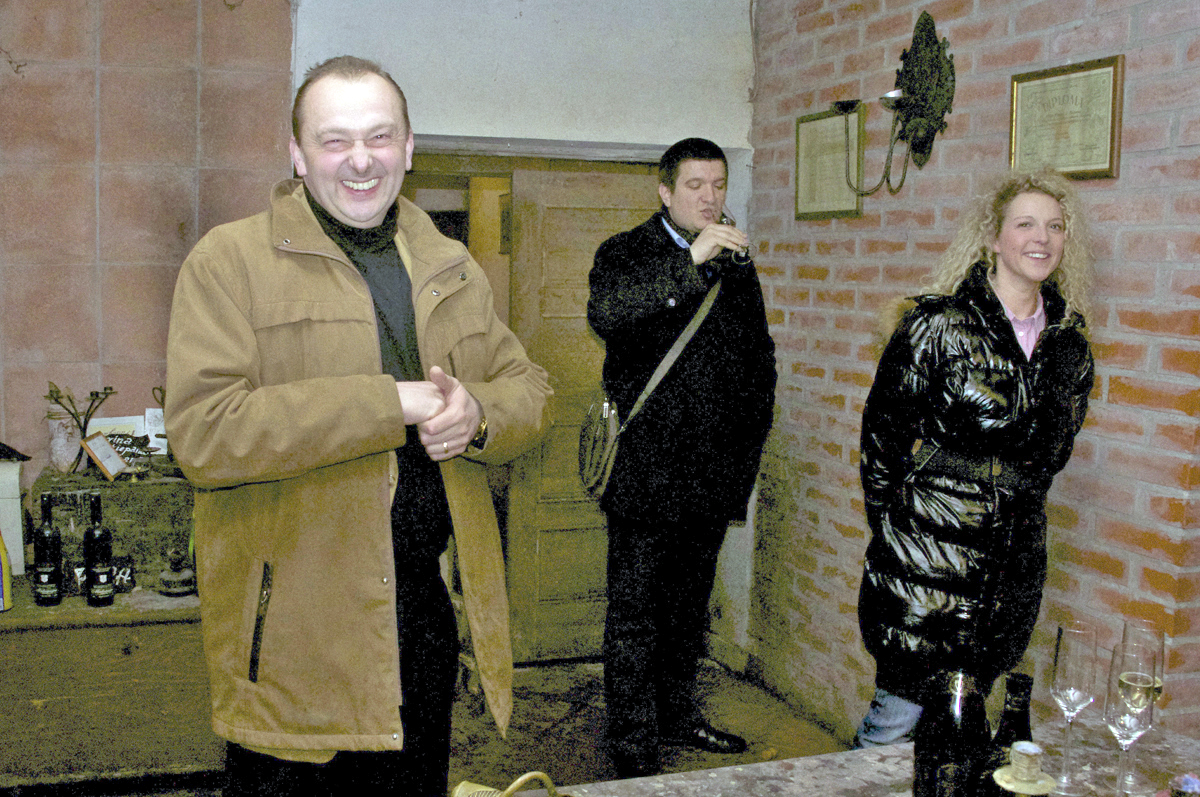 Zagreb, Croatia played host to the 2013 International Wine Tourism Conference. The forecast called for snow and for once the forecasters got it right. After checking in to the majestic Hotel Esplanade, we met with Ivana from the Zagreb Tourist Board & Convention Bureau. Areme with a box full of “I Love Zagreb” umbrellas, we trundled off into the snow for a walking tour of the city. She shared with us that Zagreb is one of the greenest cities on the planet, with more than 20% of the city containing parks. We took her word for it because the parks we were near were covered with a fresh blanket of snow. We visited the Cathedral, which dates back to 1093. The sarcophagus of Archbishop Aloysius Stepinac is truly magnificent as is the cathedral. We concluded our tour with a visit to the Museum of Broken Relationships. It began as a traveling display and now has a permanent home in Zagreb. It bears testimony to, well, broken relationships and is filled with mementos of all kinds. A glass of mulled wine in the museum’s cafe what just what the Dr. ordered on a chilly day. We took a short walk and boarded the Zagreb funicular, a very steep cable car that lifted us to a spectacular view of the city. We adjourned to the lobby of the Esplanade where our hosts furiously came up with a plan b, because our scheduled visit to the Bolfan Winery was rendered impossible due to icy roads. The Esplanade is Zagreb’s oldest hotel, built originally for passengers of the Orient Express. It’s an elegant hotel and located in the center of town was the ideal place to stay. Our hosts made arrangements with Stari Puntijar for what turned out to be an unforgettable evening. The restaurant dates back to 1838 and has been in the Puntijar family from the start. It features a wine cave and museum of gastronomy featuring a huge collection of cookbooks and kitchen artifacts. It also has one of four copies on earth of the world’s smallest cookbook. After sabering a couple of bottles of Prosecco for us, Zlatko & Matea took us upstairs where we enjoyed a lovely dinner paired with Croatian wines. The two day International Wine Tourism Conference began the next morning and was a highly educational and informative event and an exceptional networking platform. Next year’s conference has been scheduled for Tbilisi, Georgia in March, 2014. I hope you’ll enjoy a brief slideshow of Croatia and the conference.