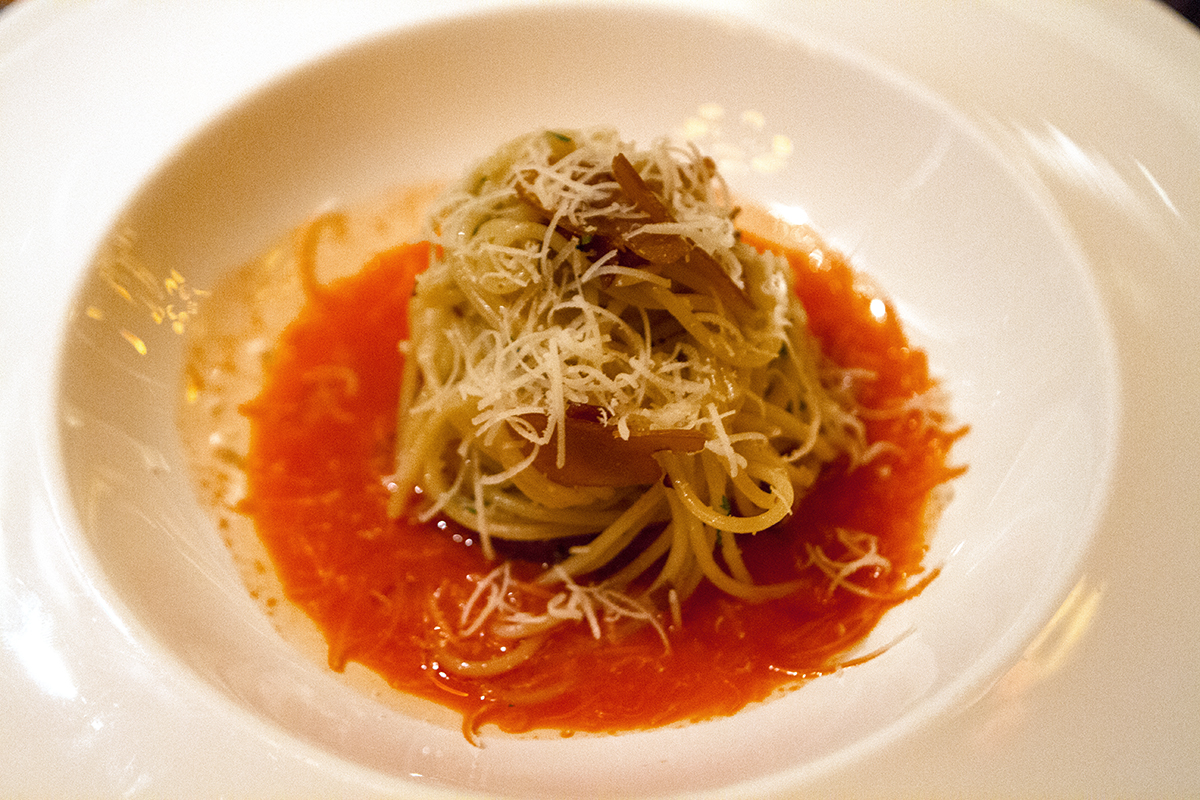 The New Face of Italian Cuisine at Paisano’s at Pechanga Francesco di Caudo was born and raised in Catania, Sicily. He had never heard of Temecula until a little less than two months ago. He had been living and working in Las Vegas for the past nine years when he got a phone call. Paisano’s at Pechanga Casino in Temecula was looking for a young, dynamic Italian chef and wanted to know if he would be interested. His response was “why not?” As soon as he hung up the phone he went straight to Google to find out about this mysterious place. As far as California went, he had heard of San Diego and San Francisco, but that was about it. When he arrived he found “Temecula looks like my hometown”, noting the abundance of grapes, olives and citrus.

One of the first things you pick up when you spend time with Francesco is his passion. He looks at this opportunity as a long-term project. His aim is to blend tradition with innovation, tradition because it’s a “history of yourself, your culture and your territory.” As far as innovation goes, it’s about experimenting, coming up with new flavors. He’s extremely pleased with the team he has in his kitchen and is training them to respect the ingredients and learn why tradition matters. “Cuisine is like the history of human beings. We look to the future and progress, but we can never forget the past.” He stresses the necessity of mastering the techniques of the past before you can start innovating. He’ll give a cook olive oil, eggs, salt and lemons and ask them to make mayonnaise. He feels once they learn the techniques of the past they can begin to work on the future. He grew up in a family that spent a great deal of time cooking and ranching. His family raised and butchered rabbits, chickens, turkeys and pigs. Family was his school, he says, and his earliest memories of developing a love for cooking was at about the age of five. Each September all the women in the family would gather in the back yard with 60 to 100 cases of tomatoes and make Pomodoro sauce for the year, while his uncles made the flame and sterilized the bottles. It was like “party time” he says, as he recalls messing with all the tomatoes. They made olive oil the first two weeks of October, and in November and December is was pistachio harvest time. In mid to late December the family made wine. Later in the month, right before Christmas, the pigs were slaughtered. The only part he didn’t like was the big knife and hearing the pigs squeal. He recalls his grandmother being there with a sauté pan to collect the first blood which she would take into the kitchen and fry with a little salt and sugar. He admits it sounds disgusting, but he says it was so very sweet and delicious. At Paisano’s he has one simple goal. He wants to provide the best culinary experience outside of Italy and he wants every guest to leave with a big smile. He certainly succeeded with us. Our evening began with sous vide pork belly cooked for 12 hours at 171 degrees with beets, goat cheese and crispy polenta. Packed with flavor and tender as can be, this was a great start. The second course was a Sicilian pasta with Bottarga, an Italian caviar if you will, compressed tuna roe aged and coated with wax. It was shaved over the pasta which had been tossed with tuna and tomatoes and served over a brilliant orange carrot sauce. He asked if we liked filet stuffed with Gorgonzola, and then proceeded to explain why the dish doesn’t always work. When you slice the beef to stuff the cheese, you leave a hole and the cheese often leaks out. His solution is the use of a natural enzyme called Activa RM. Brush it on the beef and it seals the cut. When you slice into the filet, all the cheese is still inside, melting and absolutely delicious. At this point, we were introduced to Frania Mendivil, Pechanga’s Executive Pastry Chef. Not content to bring us one dessert each, she brought us two. Each. A feather light olive oil cake with strawberries and marscapone with a balsamic glaze. A dark chocolate mousse  with caramelized hazelnuts, salt and caramel. Tiramisu with shaved dark chocolate and raspberries. Finally an apricot tower, for lack of a better word, with layer after layer of different presentations of apricots, simply beautiful to behold and a delight on the palate.

I’m excited to see what the future holds for Paisano’s and Chef Francesco. The present is well worth checking out.