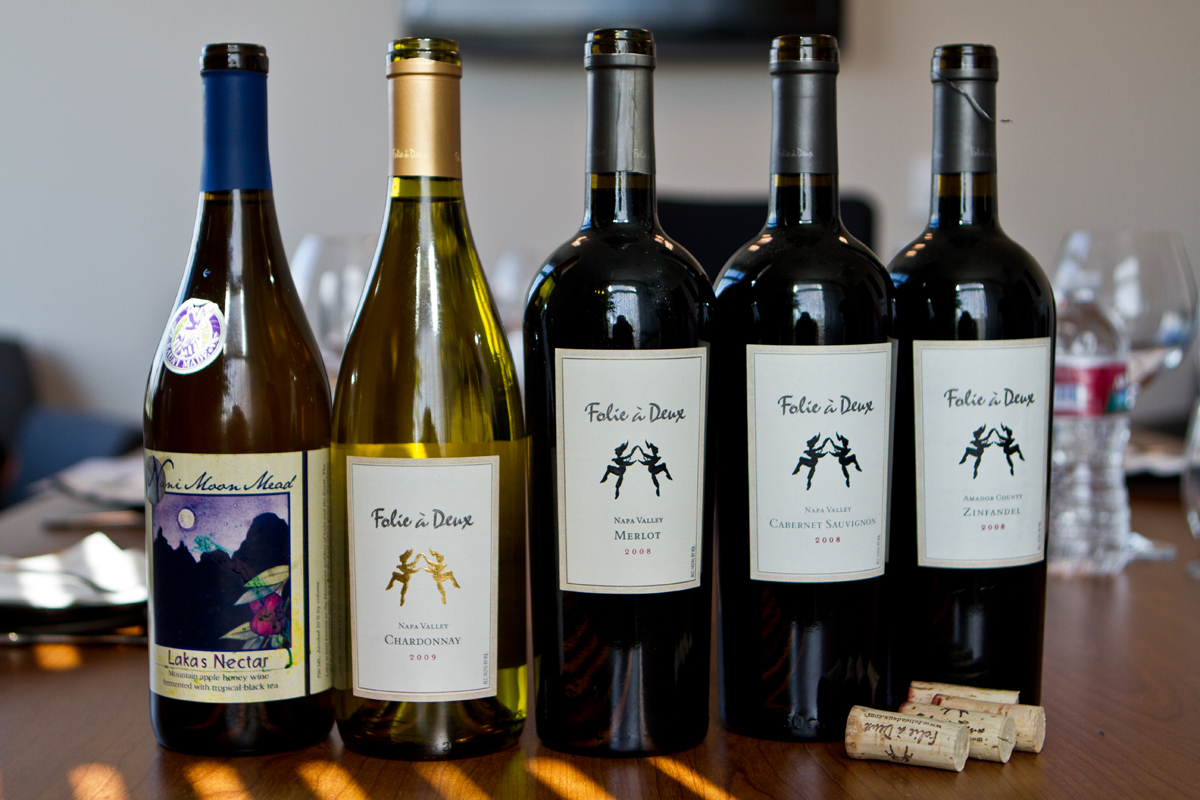 The Men’s Wine Council Is Called To Order Before we tasted those wines, however, Linda began the proceedings with a wine her hairdresser urged her to try, Nani Moon Mead from Kauai. To be fair, the wine probably should have been served a bit cooler, but none of us were too excÀÀited by it. It was slightly effervescent and there was no mistaking the honey on the nose. There were other harder to name aromas that left most of us puzzled. I thought it was a bit “rough around the edges”. If you’re curious, you should be able to order it online. Suggested retail is $22.

Next up was the 2009 Folie À Deux Napa Valley Chardonnay. The color was perfect, I found the nose to be faint, although I did pick up some pineapple and peach. For $18, this is a nice wine that won’t break the bank. With not too much digging, though, you can probably find a better value. Three reds remained for us to sample, starting with the 2008 Napa Valley Merlot. Also priced at $18, I liked the nose and found the wine smooth and soft, but almost “wimpy”. We tried the 2008 Napa Valley Cab, with definite black cherry on the nose, but a lot of harsh tannins on the palate. I would give this one another year or two to see it the tannins soften. $24. Our final selection was the 2008 Amador County Zinfandel. I found this wine to be harsh and also tannic. I don’t expect time will tame it, but I’ve been mistaken before. This wine, too, was priced at $18.

To a person we agreed food would have made a difference. The results, as ranked by the council were: #5 Nami Moon Mead, #4 Cabernet Sauvignon, #3 Zinfandel, #2 Chardonnay with Merlot being the nearly unanimous favorite. Thanks to Linda for arranging the tasting and to Corie for hosting us at our secret location.