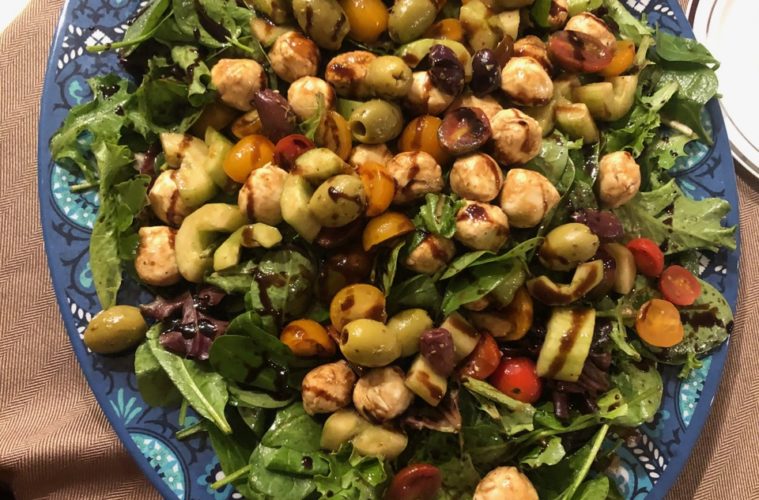 It sounds like the best of all worlds to me. Spending time with good friends, tasting wine, eating great food and listening to live music. We experienced all of that on a crisp November evening at my friend George’s home. After we all filled our plates from a table laden with savory delights, we headed outside where the LDR band was playing and set out to taste some wine. We started with a Portuguese Vinho Verde, the 2018 JM Fonseca Twin Vines. Ken detected a hint of bubbles and liked how it paired with fruit. Brian enjoyed the “bouquet of pressed flowers” and found it both sweet and sour in the mouth. Kim called it very nice and enjoyed tart apple and sweet pineapple flavors. I thought it was floral and crisp with tropical fruit notes. It sells for $20 and our panel scored it four out of a possible five stars.

Next we tasted The Hess Collection’s 2017 Napa Valley Chardonnay. Aged nine months in French oak, 19% new, Kim found it sweet initially and then turning bitter. Ken called it a “very nice Chard, light oak with stone fruit and apple. Definitely a winner.” I thought it was a good value for the $22 price tag. It scored about three and a half stars.

We moved on to Sterling Vineyards 2018 Carneros Rosé. Brian noticed rose petals on the nose, and thought it was “way too sweet.” Ken disagreed, calling the nose delightful, the color beautiful, and the palate pretty good. At $35 most felt it was overpriced. It scored just over three stars.

Our first red was the 2014 Pinot Noir from Flywheel near Santa Cruz. Produced by the same winemaker who makes ROAR wines, Ken called it a wonderful Pinot with a killer nose, big cherry and a touch of spice. Kim said it was a “mouthful of yum.” Brian didn’t get much nose, but said it was spectacular in the mouth. At $38, it scored more than four and a half stars.

From Lodi we checked out the 2016 Three Finger Jack Cabernet Sauvignon. Named in honor of a legendary outlaw who searched for riches during the Gold Rush days, I found the 2017 Exitus was a solid Cab with a nice finish and an excellent value at $22. Kim enjoyed the cherry and dark fruit notes and called it “totally acceptable for the price.” Ken said it was luscious and smooth with nice dark fruit. It scored better than four stars.

We finished our tasting with the 2017 Exitus, a Zinfandel based blend that spends three months in Bourbon barrels. Ken said the Bourbon didn’t work for him. I liked the hint of Bourbon on the nose and didn’t feel it overpowered the wine. It had nice chocolate notes. Brian simply asked “Why would you want a wine to taste like Bourbon?” It sells for $20 and our group gave it a score of about three and a half stars.