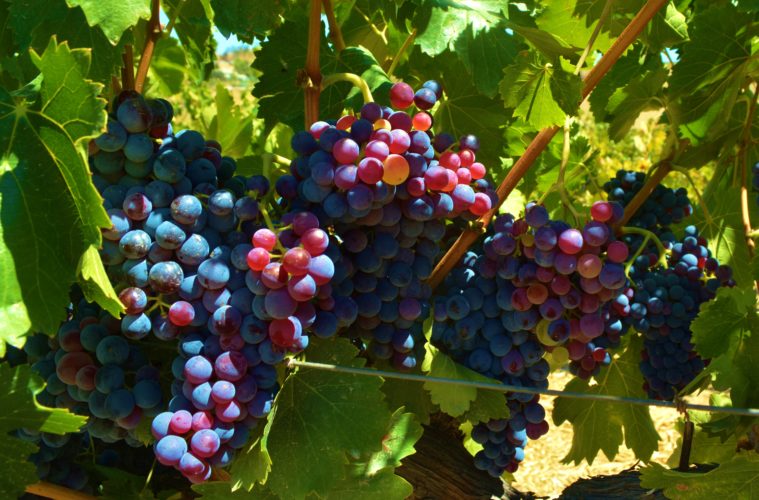 A quote from Wine Enthusiast says that “wine and film share a profound link: the ability of a single sip or scene to whisk your senses away to a wholly different time and place”. And wine lovers will agree there’s no better way to spend an evening than with a good bottle of wine, someone to share it with and a great movie to convince us that the fruit of the vine is indeed one of God’s greatest gifts to mankind.

Though I’m certain I haven’t included every awesome wine movie out there, these are some of my favorites and the reasons why.

Sideways (2004) I call it (and I’m certain many others do as well) the movie that put Pinot Noir on the map in 2004. Paul Giamatti plays a wine aficionado, a recent divorcé , unsuccessful writer and unhappy middle school English teacher who takes an old college buddy (Thomas Haden Church) on a celebratory vineyard trip through the Santa Ynez Valley before his buddy gets married. A hilarious tale about midlife crisis lands these two goofy guys in some crazy situations. Bottle Shock (2008) This engaging comedy-drama starring Alan Rickman revolves around the 1976 wine competition termed the “Judgment of Paris” held in, you guessed it, Paris, France. When a California Chardonnay beat the odds and won the competition in a blind taste test, it not only shocked the French, it forever changed the fortunes of Napa Valley wineries. A Walk in the Clouds (1995) A drama aflame with romance and passion that’s definitely one of my favorite “feel good” movies even without the wine story stars Keanu Reeves and the incomparable Anthony Quinn. A soldier on his way home from the war poses as a new husband to a beautiful young pregnant Mexican-American girl. The family’s not buying the story, but as time goes on and tragedy threatens the family’s vineyard, the unexpected end results are heartwarming. A Good Year (2006) British investment broker and bond trader, Max Skinner perfectly played by Russell Crowe discovers that a dear uncle has passed away and that he’s inherited a château and vineyard in Provence. With all intentions of selling the property, events take a complete turnaround once he immerses himself in the French wine country’s poetic beauty and laid back way of life. French Kiss (1995) This adorable romantic flick stars Meg Ryan as a young charming but somewhat neurotic woman flying to France to confront her straying fiancé (and she has a real fear of flying). On the plane she’s seated next to a swarthy French crook played by Kevin Kline who uses her to smuggle an expensive stolen necklace into France. But, the story doesn’t end there. Though the movie wasn’t necessarily loved by all movie critics, the chemistry between the two star characters definitely makes the movie a “must watch”. The Secret of Santa Vittoria (1969) Yes, it’s an older movie, however, sometimes these are the best! Santa Vittoria is an Italian town known for its vineyards. Directed by the great Stanley Kramer, the movie stars Anthony Quinn as the town’s mayor trying to keep the WW II Nazis from taking all the vineyard’s wine stores for themselves. How the town successfully defied Nazi German leaders and hid the town’s greatest treasure, a million cases of wine is no small feat. And the town’s indomitable spirit is another treasure within itself.

Robert Louis Stevenson once said “Wine is bottled poetry”. And when that wine is combined with a great story, it’s the makings of a perfectly fun entertaining evening.

What are your favorite wine movies?