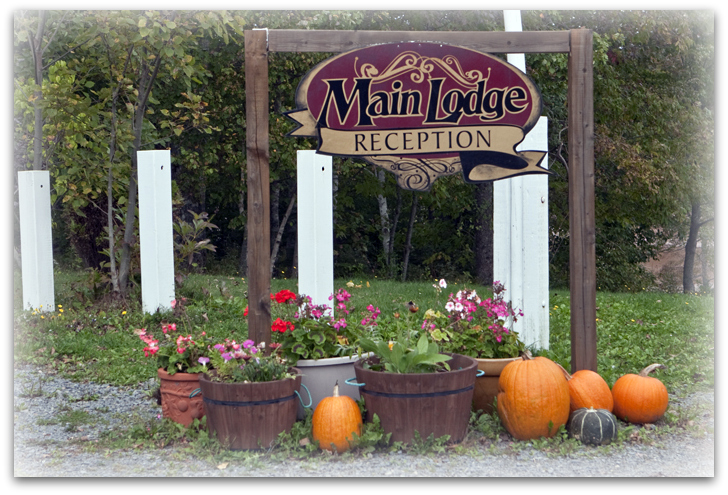 Nova Scotia is Latin for “New Scotland”. In English it translates to warm-hearted people, spectacular countrysides and savory food. I arrived in Halifax on a Sunday evening and checked into the Radisson downtown. I went downstairs for a nightcap at Ryan Duffy’s and asked bartender Paul how his Margaritas were. When he learned I was from California, he asked if it would be okay if he fixed me one of his specialties. That was just fine by me, so he whipped up a gorgeous Chocolate Deluxe topped with chocolate syrup and chocolate shavings. He then asked me if I wanted to try a Monkey’s Lunch, a tasty banana flavored concoction. To top it off, he prepared an Oatmeal Cookie, made with Butterscotch Schnapps and Goldschlager. It was indeed an oatmeal cookie in a glass. I retired for the evening, eagerly anticipating what lay ahead in the week to come.

The Citadel & The Maritime Museum of the Atlantic First thing Monday morning our group of nine from the International Food Wine and Travel Writers Association (IFWTWA) boarded an Ambassatours bus for a brief tour of Halifax. Skies were blue and the air was crisp as Hap shared a short history of the city with us and made a stop at The Citadel. We arrived just in time for the changing of the guard. So, the soldiers aren’t soldiers, they’re actors, but the ceremony is impressive and The Citadel offers some great views of Halifax and the harbor. We wound back down through the colorful streets, learned more about the often sad history of Halifax (The Halifax Explosion) and  wound up at The Maritime Museum of the Atlantic. The Titanic sank off the coast of Newfoundland on April 14, 1912. More than 1500 passengers lost their lives and many of the bodies were taken to Halifax for burial. The Maritime Museum has a wing devoted to the Titanic and seeing some of the children’s shoes and other artifacts gives you chills. It’s a beautiful museum and a must see if you’re in Halifax. We had two vans with drivers/tour guides from Nova Scotia’s tourism department and they were ready to take us on our first adventure: tidal bore rafting!

I had never heard of tidal bore rafting before my visit to Nova Scotia. The Bay of Fundy records some of the world’s highest tides and we stopped for lunch and rafting at Tidal Bore Rafting Park and Cottages. More than a billion tons of water come in and out of the Bay of Funday in about a six hour period. When the water comes into the narrow Schubenacadie River, the tide rises about an inch a minute and turbulent waters result. We had a wonderful lunch at the Sandbar Restaurant: mussels, poutine (french fries with curds and gravy), chowder, sandwiches and mouthwatering homemade pies. We got our ten minute warning and four of us decided to brave the elements and we donned our foul weather gear and headed down to the water’s edge. My only regret of the trip is that I didn’t have any waterproof photo or video equipment. Had I brought my regular cameras on the raft, I would never have been able to use them again. We climbed into our Zodiac with Tyler, our guide, as we made our way up the river towards the mouth and waited for the tide to come in. We spotted several eagles, some of them perched on their nests. We stopped on a sandbar, walked around for a few minutes and then Tyler pointed out the wall of white water that indicated the tide was coming in. A few minutes later, we were bouncing through 8 – 10 foot waves, getting drenched from head to toe, screaming and laughing with joy. The entire boat was filled with water. I can’t remember having more fun, ever. At times the entire boat was filled with water. Although I wasn’t able to record our journey, I’ll share someone else’s video with you that will give you a taste of the experience.

The Train Station at Tatamagouche Jimmy LeFresne grew up with a train station in his back yard. It was his playground. When he was good, the engineers would let him board the cars. He and his friends used to play hide and seek in the cars. When he was six, he heard they were retiring a jitney, so he asked the station master if he could buy it.  When he was seven, he opened a lemonade stand and would open for the railway workers when he knew a train was coming. He studied photography at 14 and bought the business from his teacher for $100 and opened a shop in the corner of his father’s bakery, selling cameras and film and developing photos. In 1973 at age 18 he received devastating news: The Train Station was slated for demolition. He went to the Village Commission and recommended they buy it. Their lukewarm response was that it was just an old building and would be no more than a tax burden. Not knowing any better, he drove to CN headquarters in Monkton and purchased it himself with the provision he not use it as long as trains were running on the tracks. The trains were supposed to cease operations in a month. They continued running for fourteen years. In 1987, Jimmy and his wife began renovating the station for use as a bed and breakfast, finally opening the doors in 1989. Business was slow to start, so they supplemented their income by operating farmers markets and flea markets. in 1990 the Tourism Commission presented them with the “Entrepreneur of the Year” award. In 1991, the Governor General of Canada came to stay. The three bedrooms they began with weren’t enough for the people that were starting to get wind of what was happening in Tatamagouche, so they added two bedrooms downstairs. In 1994 the first two cabooses were delivered and renovations began. As they were nearly completed, the building inspector came by and asked if they had a permit. The changes he proposed included placing the cabooses on a foundation and adding pitched roofs. In other words, they would no longer be train cars. Jimmy appealed the decision and wound up getting the “Train Station & Caboose Act” passed. Jimmy ran for municipal office, was elected and is now that building inspector’s boss. The first cars were open for guests in 1995 and they began added additional cars every year or two. They purchased a dining car in 2001 and began serving dinner. We ate there and the food was fabulous, accompanied by our first tastes of Nova Scotian wines.

Jimmy was born an entrepreneur. After he started his photography business, he got into antiques. By the time he was 21 he was shipping containers of antiques from England and had four antique stores. He says he’ll never get rich running The Train Station, but his passion for it is evident from the moment you meet him. It shows in every detail. A visit to Nova Scotia would clearly be incomplete without a visit to The Train Station in Tatamagouche. If you’d like to see more photos, visit me on flickr.