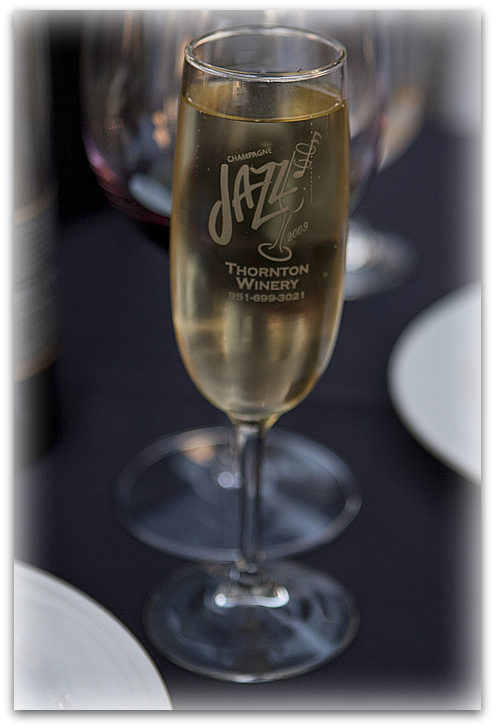 When John Thornton launched his Champagne Jazz concert series, little did he realize what a runaway success it would become. On the other hand, having spent some time with John, he probably had no doubt. This past Sunday Laura and I were guests of the Thorntons for the David Sanborn concert. We arrived at the winery at the same time as the Thorntons, and Steve took care to make sure we were seated and taken care of. We had a table for two, a bottle of champagne and a delicious dinner prepared by Executive Chef Steve Pickell.

Guitarist Paul Jackson, Jr. (leader of the American Idol band) and his band opened the show and he is a remarkable guitarist. He acknowledged Earl Klugh and you could hear the influence in his playing. David Sanborn came out and played a tremendous set, featuring several tunes from his most recent CD, Here & Gone. Steve Thornton was gracious enough to personally escort me backstage after the show to meet David Sanborn. The Champagne Jazz concert series continues through October 11th, with notables like Candy Dulfer, Spyro Gyra and Peter White still to come.