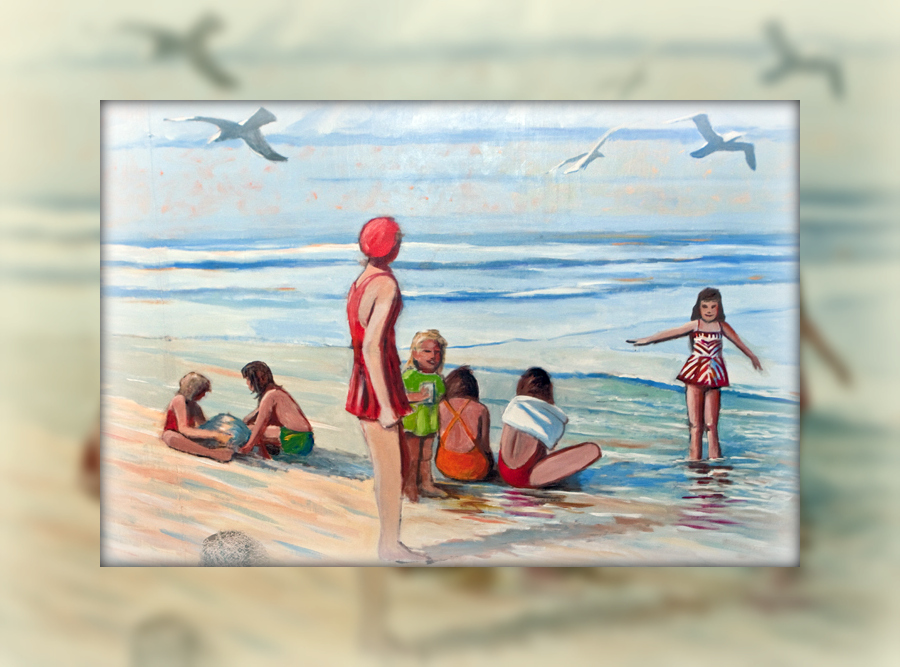 In the fall of 2010 I joined a group of journalist from the International Food Wine & Travel Writers Association (IFWTWA) to see firsthand how Alabama’s Gulf Coast was doing following a massive oil spill earlier that year. We breathed a collective sigh of relief when we saw how white the beaches were and tasted delicious local seafood that had passed rigorous inspections with flying colors. They say breakfast is the most important meal of the day, so we began our second day with a hearty breakfast at an Orange Beach institution: Tacky Jacks. I opted for the shrimp & grits while my fellow diners dug into pancakes, omelettes and other eye openers. While we were in town, the Frank Brown International Songwriter’s Festival was in full swing, and were lucky enough to have Alabama native Marc Alan Barnette serenade us. After our first taste of culture that day, we proceeded to the Orange Beach Indian & Sea Museum. This tiny place was packed from wall to wall and from ceiling to floor with artifacts from the town’s beginnings and packed with information about the local Indians and fishing. Our guide was delightful and told us tale after tale of the early days of Orange Beach and graciously answered the many questions we asked. There is no charge to visit the museum and if you’re in the area it’s a visit I recommend highly. The image at the top of the page is from a mural at the Gulf Shores Museum, our next stop of the day. The museum has permanent as well as exhibits that change on a regular basis. The Gulf Coast has seen its fair share of hurricanes and we watched a portion of a video that captured the devastation Hurricane Ivan delivered in 2004.

We returned to Orange Beach for a bit of shopping at SanRoc Cay and a tour of Beach CITE Studios. The modern studio is light and open and is home to recording studios and concerts. With the Songwriter’s Festival underway, things were busier than ever and there was a full slate of concerts scheduled. Beach CITE is also a teaching facility, and many local musicians share their knowledge with others in the community. The Crew at Cobalt

Wouldn’t you know it was time to eat again, so we headed to Cobalt, a sister restaurant to Cosmo’s, where once again we met up with Brian Harsany. Cobalt opened its doors in 2008 and we were thrilled with the choices we were offered. I savored every bite of my tuna and avocado stack, others enjoyed Firecracker Shrimp and fresh fish. Dessert choices included an amazing s’more pie. Earlier in the day, part of our group boarded a golf cart for a tour along the Hugh S. Branyon Back Country Trail. The morning group said they saw an alligator, but the closest we came was a sign warning us of their presence. As we wound along the trail we also kept our eyes peeled for the legendary “Catman”, part cat, part man, said to be lurking about. The scenery and flora was truly breathtaking. At dinner that evening, we were re-acquainted with Chef Brody Olive when we dined at the Villagio Grille. Brody’s skills in the kitchen are evident as is his passion for preparing exceptional food. He is a true believer in using fresh, local ingredients and his staff brought out plate after beautiful plate of tasty dishes. Brody uses a wood grill to prepare pork chops, hangar steaks, chicken and more. The desserts are an absolute treat, too. Before calling it a night, we went to the Florida border and stopped at the Flora-Bama Lounge and Oyster Bar for some live music and to try a “Bushwhacker”. The recipe varies from place to place, but it’s basically rum, Kahlua, vanilla ice cream and cream of coconut blended together. Think of a milkshake for grown ups. It’s definitely a dive bar and I say that with the utmost respect. I love good dive bars and this is one of the better ones I’ve ever visited.

Further adventures await in the next installment from Alabama’s Gulf Coast.