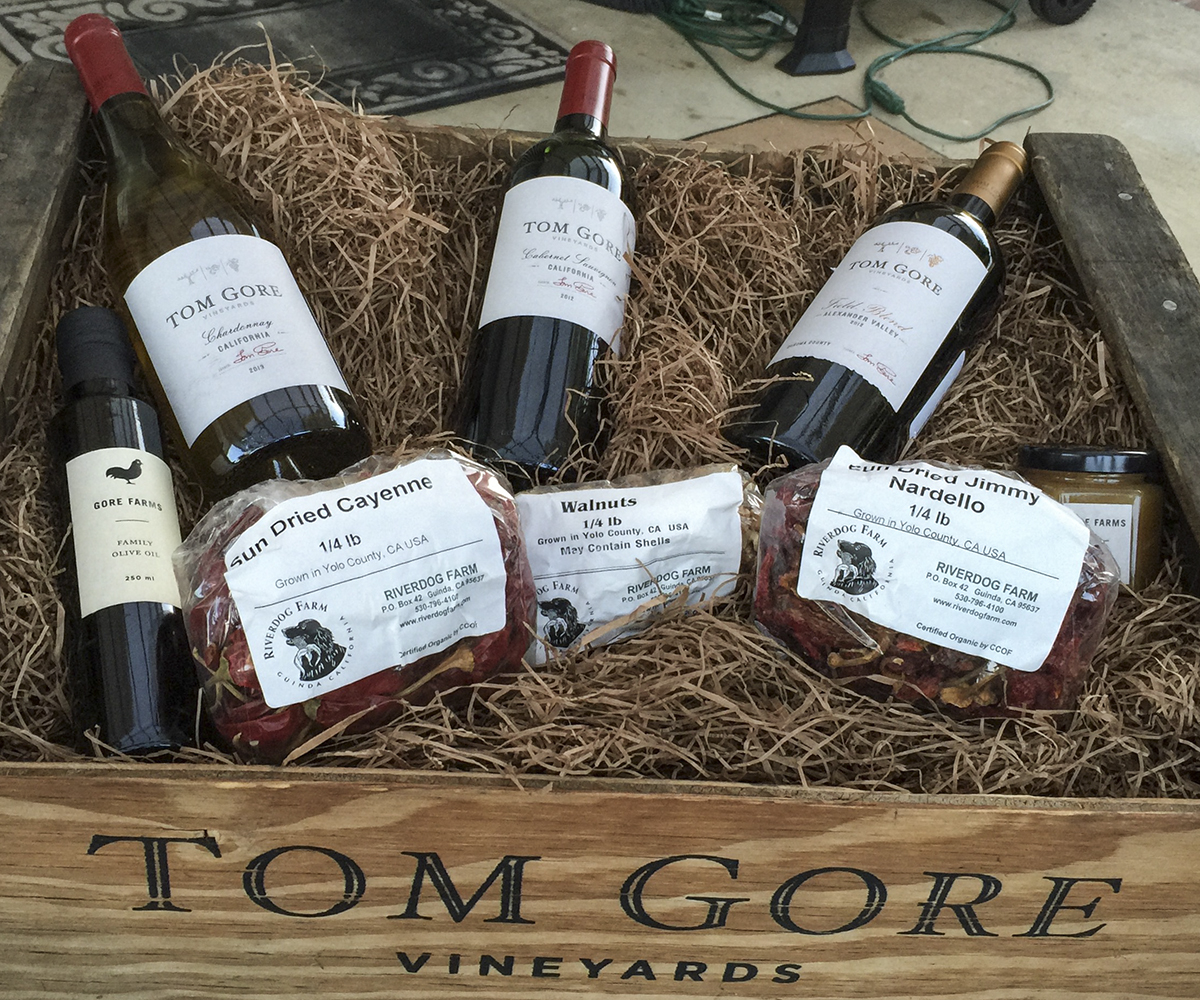 When asked if I wanted to sample some wines from Tom Gore Vineyards, I jumped at the chance. I’m an ardent fan of the farm to table movement and I believe in supporting locally owned businesses. Much to my surprise, when the package arrived, it was extremely heavy. I soon found out why. Packed in a wooden box were three bottles of wine along with almonds, walnuts, olive oil, honey and dried peppers, all from Tom Gore’s one and a half acre micro-farm.

Tom grew up farming and has grown grapes in both Napa and Sonoma. “As a grape farmer, my job is to coax the vines to produce grapes with exceptional varietal flavor.” We tasted three of his wines. Brian called it “luscious.” Ken liked the nose, picking up butterscotch and honey and thought at $14 it was a great value. Chris noted flavors of pear and apple with notes of vanilla. It was fermented 65% in oak and 35% in stainless steel.

Next we tasted the 2012 Cabernet Sauvignon. Al liked the bold nose and found it easy to drink on its own without food. He called it an “incredible value and a must buy” at $14. Cindy gave it four out of five stars and said it “tastes more expensive.” Tony thought it drank more like a $30 or $40 bottle. Karla said the flavor was delightful.

Finally we tried the $40 2012 Field Blend. A blend of Petit Verdot, Malbec, Merlot, Cabernet Sauvignon and Tempranillo, Chris noted the inky black color and blackberries, tobacco and oaky leather on the nose. Ken found a big difference between what he picked up on the nose and what he tasted, getting dark berry and cherry on the palate. He gave it a 4.25 score. I thought it was a gorgeous, well-balanced wine.

In the meantime I’ve been enjoying Tom Gore olive oil and honey. The nuts have been great in our salads and I’ve used the dried peppers in a marinade. I love his philosophy and wish him nothing but success.