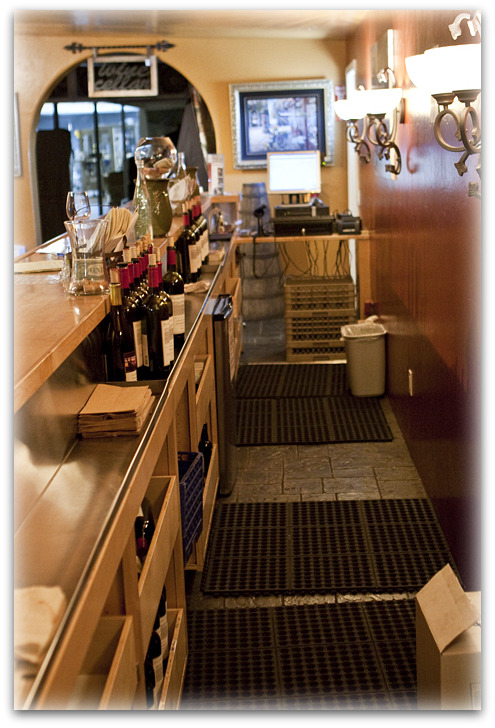 Marshall Stuart is a hands on winemaker. When I arrived at Stuart Cellars last week, Marshall was driving the forklift and overseeing every aspect of the Viognier crush. I had a hard time setting up an appointment to meet with Marshall. After visiting with him, I understand why. In the hour I spent there, he fielded at least half a dozen cell phone calls, fixed a stuck drain in the crusher and took care to make certain every aspect of the crush received proper attention.

He had been at the winery since before dawn. The Southern California wildfires were at their peak and he told me that at dawn the falling ash looked like snow. There was dry lightning and the wind was blowing so strongly it knocked lemons off the trees.

Marshall shares a common trait with other successful winemakers I know. He is passionate about what he does. He comes by farming honestly, having grown up on a farm in Ohio. He did earth moving and grading at Callaway Winery in the 80s and spent a great deal of time with John Moramarco. He then apprenticed with Carl Key at Keyways. Marshall lived in Fallbrook at the time and had a vineyard on his land. In the time he spent around wineries and winemakers he discovered he really enjoyed wine and knew he wanted to embrace the business. He studied at UC Davis and wound up purchasing the property he currently occupies in 1994. He sourced grapes and released his first vintage in 1995, and then planted his vineyards in 1996, with his first harvest in 1999.

Stuart Cellars produces about 26,000 cases annually. He wants to remain a boutique winery with production remaining under 30,000 cases. His goal is to produce the best red wines in the Temecula Valley. He thinks he’s done well in that regard and although he’s pleased with his whites, he is striving to improve them. The estate grapes are Cabernet Sauvignon, Cabernet Franc, Merlot, Chardonnay, Zinfandel, Viognier, Petite Sirah, Sauvignon Blanc, Petit Verdot, Malbec and Tempranillo. He sources his Lagrein grapes from the Central Coast. Marshall’s philosophy? “95% is farming… 5% I don’t want to screw it up.”

He hasn’t screwed it up. I tasted several of Marshall’s wines after he went back to continue the work on the Viognier. His Petite Sirah is magnificent, with deep, inky colors and an intense nose and lingering finish. Marshall made certain I was able to taste his reserve estate Cabernet Sauvignon. It was a classic example of the varietal, a beautiful wine, but with a price tag over $100 a bit out of my range. When  you visit Temecula Wine Country, don’t pass Stuart Cellars by. If you’re lucky, you’ll get a chance to visit with Marshall. He has many stories to share. This is my first harvest/crush since I started WINEormous and I am learning firsthand that these are long days for a winemaker. They’re also the most rewarding.