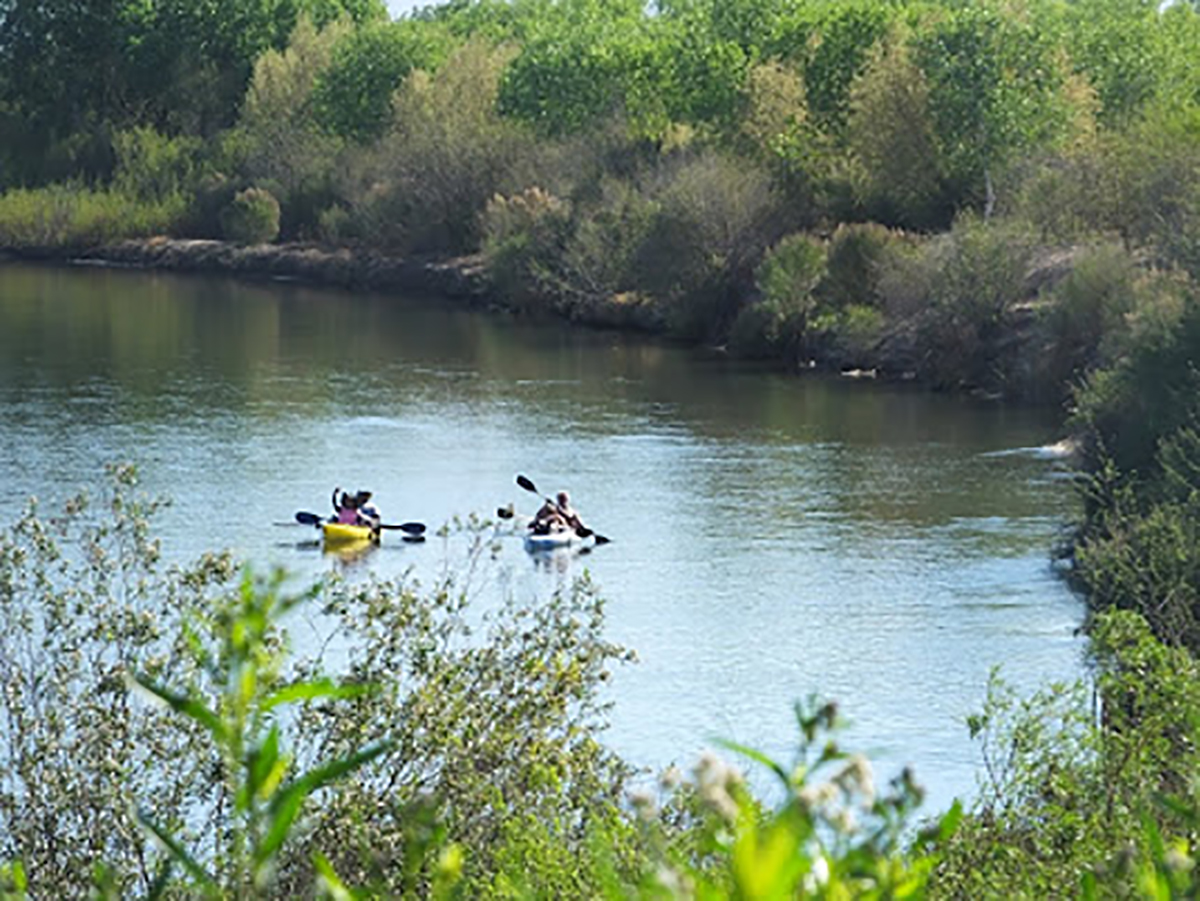 Yuma Arizona was a “go-to” town for me during my college days since my best friend was from there. We would go out to the river and water ski and inner tube and generally enjoy the water. It was the only way to stay cool in the 100 degree weather. Returning as a journalist and see the town through different eyes was fun. Let me take you on a tour of the Yuma that I recently experienced.

Arizona has always been a popular Snow Bird destination for thousands of northerners from Canada and the US who venture south in the winter to escape the snow and cold. Arizona’s population more than doubles this time of year, from Phoenix to Blythe to Yuma.

There is good food, entertainment, 365 days a year of sunshine and a variety of outdoor activities for “Desert rats”. The sand dunes 5 miles to the west of town offer months of fun for Quad riders, motorcyclists and dune buggy enthusiasts. For “River rats”, the Colorado River, 30 miles to the north, offers a variety of water sports from waterskiing, inner tubing to sitting on a sand bar and watching the world go by.

Yuma Landing and Historic Coronado Motor Hotel is the first exit into town, from the west. Owners John and Yvonne Peach hosted me when I visited and I’m thankful I was able to stay here. It is the first hotel built in Arizona and still has the same family ownership from the 1930s. The Peaches took over ownership of the hotel from John’s parents who were the first owners. The house that the Peach’s lived in is now a museum. The kitchen is the original kitchen and each bedroom has memorabilia from John’s early years complete with his letter jacket from high school. The Yuma Criminals was their mascot. (That’s another story.)

For history buffs, the grounds contain the landing site of aviator Robert Fowler. In 1911 he was the first person to land a plane under its own power in Arizona. Thus the name Yuma Landing Bar. In what is now downtown Yuma, there was once a pivot bridge that opened sideways allowing large boats to cross the river. The pivot point is now the center of the riverfront park. This park was started in 2000 when Charles Flynn was recruited to build a community park that would offer biking, walking, kayaking and family outdoor activities.

Today the Wetlands Park boasts a mile-long nature trail, with mature cottonwood trees offering respite from the sun, a playground and many gazebos with picnic tables for family fun

In the 1800’s, before the Colorado was dammed in many places, Yuma was called the Nile of America. This is because the river was about a mile wide and passed through Yuma on its way to disgorge into the Sea of Cortez in Baja, Mexico. Yuma was the safest place in the southern US to make a river crossing, thus many people passed through this area. There were even riverboats running up and down the river all the way to Baja, Mexico. “When we started this project, you couldn’t see the river,” says Mr. Flynn. “One of our main goals was to have the river in sight at all spots on the trail. We had to dig out a lot of non-indigenous plants to do that. But, look, you can see the river!”

What Flynn prides himself the most about is the relationships he has made in this “public/private partnership” among many different special interest groups, the Quechan Indian tribe on the opposite side of the river (technically in California) and the developers. When he started the project there was a lot of mistrust between all groups and Charles was able to unite all groups to successfully finish the project on time. The river although not as wide as it once was, still has a calm flow of water with many tributaries and offshoots to allow hours of kayaking and paddleboarding exploration.

Yuma has a full range of restaurants, from hole-in-the-walls to fine dining. A favorite of the locals, as you can see from the line out the door, is a Mexican restaurant, Mr. Gs.  The best rolled tacos I have ever had. My friend always has a dozen in her freezer, along with a dozen tamales and homemade tortillas.

To Das Bratwurst Haus, a German restaurant on Main St. in downtown Yuma. This restaurant was an unexpected highlight complete with an Oompah band, German sausages, German beer and schnitzel. Oh and the German Chocolate Cake was “to live for!” They have a wall of steins. Leave your stein and have it available for you the next time you visit. Truly this gem is worth visiting, just get there before Tax day or after Labor Day, because during the heat of the summer, the owners are off to Germany.

The pilots for the Blue Angels were there the night I visited and I was delighted to talk with the first female pilot, Katie Higgins. She was well-spoken, intelligent and humble and extremely proud to have made the squad.

Martha’s Gardens, north of town, is a Medjool Date farm. Here you can purchase a variety of date-related foods, but the highlight for me was the Date Shake. Now, my husband had tried the shakes at Dateland and begged me to try one, but they never appealed to me. But, there was something about sitting on the shaded patio with the date fountain gurgling that inspired me to try one. What was I thinking? Why did I wait so long to try one of these babies? They are amazing! I can’t really explain them. You just have to try one for yourself. Finally Yuma has a place to go and stroll the sidewalks, enjoy a meal, taste a flight of beers at the Prison Hill Brewing Company or wine taste at the Main Squeeze Winery. The winery is Southwest Arizona’s only producing winery and their menu is extensive. I was surprised to see that they even made a classic Italian-style Amarone. They serve small plate appetizers, Paninis, salads and delicious desserts.

Yuma has a lot to offer for people of all ages. Come for the weather, stay for the fun and food. Just don’t forget your sunhat, sunscreen and water.