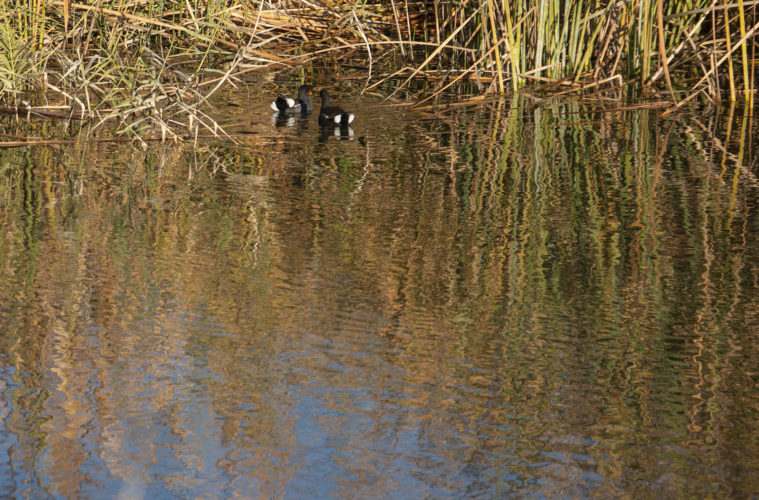 I love a good story and I love sharing good stories. On a recent visit to Yuma, Arizona for the 2nd Annual Yuma Bird, Nature and History Festival, I heard plenty of them. Unfortunately, I also created one of my own.  I’ll get to that later. Yvonne Peach is the owner of and runs the Historic Coronado Motor Hotel. I’ve known Yvonne for years now and consider her a good friend. She’s also a magnificent storyteller. We met for beverages and dinner at her Yuma Landing Bar & Grill. Surrounded by mementos of Yuma’s legendary aviation history, we sat in The Captain’s Lounge and caught up with each other. I was with a group of fellow journalists invited by Lisa and Nancy of Big Blend Radio. After a good visit and some tasty baby back ribs, I checked into my room across the street to rest up for the start of the festival the next morning. Waiting for me in my room was a variety of welcome items including a Porto Vino Day Pack that carries up to one and a half liters of wine or other beverage, peanuts and peanut brittle from the Peanut Patch as well as a beautiful, hand-crafted bar of soap from Desert Sunrise. The next morning, my associates Mary, Stacey and Elaine and I set out for the Peanut Patch. Owner Donna George was there to greet us in full birthday garb. Her family had thrown a party for her the night before and she was still celebrating. On a brisk winter morning, we walked over to a warehouse to hear her tell the story of how the Peanut Patch came into existence. The Didier family began farming 160 acres in the 1950s and had their first peanut crop in the spring of 1952. They began processing peanuts, opening a processing plant and finally a retail store featuring peanut butter and peanut brittle in the 70s. Eventually, whiteflies threatened Yuma’s thriving agriculture and Yuma no longer grows peanuts. We walked into the retail store, past a seventeen-pound slab of peanut brittle. You’ll find all things peanut at the Peanut Patch: peanut butter, peanut brittle, dry and oil-roasted peanuts as well as other tasty treats and a post office. Outside stands a eucalyptus tree planted by the Didiers that now stands over 90 feet tall and measures 23 feet around. After sampling the peanut brittle, oil-roasted peanuts and freshly ground peanut butter, I can assure you their products are exceptional. I mentioned Yuma’s aviation history. That same afternoon, I decided to walk to the Sanguinetti House to hear Bruce Gwynn share the history of aviation in Yuma. Only a few steps from the entrance, I tripped and fell on the sidewalk, taking the impact on both hands, my shoulder, and my camera flash. I walked in holding my palm upright as to not spill any of the red liquid that was pooling there. I cleaned myself up as best I could and headed to the garden to listen to Bruce.

Bruce grew up in Yuma and has lived there his entire life. His dad was an ROTC instructor and became the head of flight instruction for the western United States during World War II. In October, 1911, Bob Fowler became the first pilot to land in Yuma. He stayed four days, and returned 52 years later for the unveiling of a statue dedicated to him that stands in the parking lot at Yuma Landing. The US government purchased 640 acres in 1928 which became Fly Field which remained a gunnery school until the end of the war in 1945. When the base closed at the end of the war, it put a lot of folks out of work. Residents put their heads together to try to figure out how to get the local economy back on track. Ray Smucker came up with the idea of breaking the current flight endurance record which at the time was 42 days. With the help of the Jaycees they recruited Bob Woodhouse and Woody Jongeward to attempt to set a new record. After two failed attempts, they flew without landing for 1124 hours – nearly 47 days. A convertible met them to give them fuel and food. Their wives got kisses at 80 miles per hour. At the 1008 hour mark, everyone turned out their lights for one minute to mark to approaching record. When all was said and done they owned the record and along the way they covered 80,000 miles and received 1500 supply runs. The Yuma airport opened in 1954. If you run into Bruce, he’ll share dozens of stories with you; about the only crash in the city limits. It was a Harrier and no one was hurt. There are also stories about towing targets. Just ask him. He calls Yuma one of the best places on earth and he can’t imagine living anywhere else. We’ll skip Saturday, as I spent the morning in the ER and the afternoon recuperating. Saturday evening we met again in The Captain’s Lounge and tried the Craven Violette, a cocktail entered into a contest to honor Florida’s rock band the Cravens. Temecula’s Linda Stewart took second place in the competition. I was able to finish just under a quarter of the mountain of nachos with steak. I’m still enjoying them!

Add all ingredients into a shaker filled with ice.
Shake well and pour into a chilled martini glass.
Garnish with a dark Bing cherry (I use Tillen Farms Bada Bing Cherries) We set out bright and early Sunday morning with wildlife biologist Daniel Steward and a group of extremely serious birdwatchers to see what we could spot. Daniel has a great eye, and pulled over several times when he spotted a unique bird. The weather couldn’t have been more glorious and the birdwatchers were enthusiastic about what they were able to witness. Daniel’s scopes and binoculars proved invaluable.

Speaking of stories, Yvonne shared with us the many visits Bob Hope visited Yuma and stayed at the Coronado. She told us about Charlie Daniels playing golf in Bermuda shorts there, Collin Raye spending hours at the pool before being spotted by a fan, Elon Musk setting up the first Tesla charging station and Dog The Bounty Hunter before he was famous. If you’re looking for good stories, look no further than Yuma. Next year’s festival is scheduled for January 15 – 17, 2021. This is a magical event and I recommend it highly!