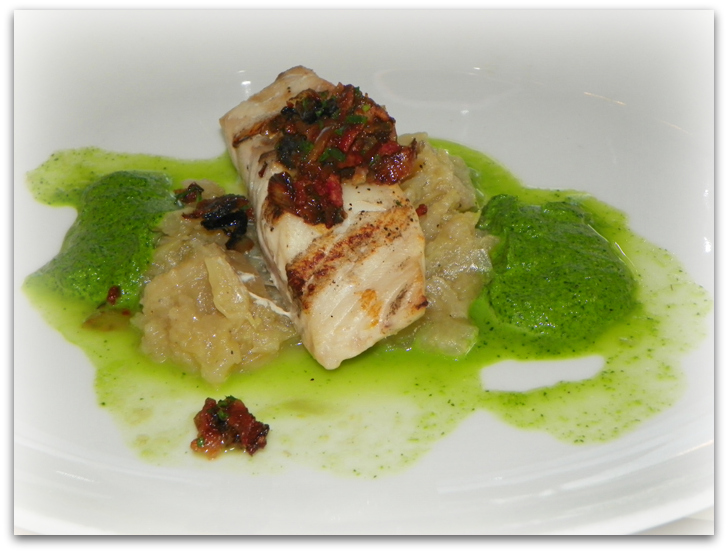 Washington Wine Country – I Am Impressed Heading to Washington State for the Wine Bloggers Conference, I wasn’t quite sure what to expect. Certainly I had tasted wines from Washington before. Many years ago I had even paid a visit to the famed Chateau Ste. Michelle. I live, however, in California, and the majority of the wines I have been drinking come from the many regions in this state or from France, Italy, Spain or Australia. Washington wines were a mystery to me that I was anxious to begin solving. The journey began on a Wednesday morning from the Renaissance Hotel in Seattle. I was one of 12 wine bloggers who had won a pre-conference trip in the WBC or Bust contest. We boarded a bus bound for Chateau Ste. Michelle with hosts Marcus Pape from Wine Chatr and Ryan Pennington from the Washington Wine Commission. This was the first of many “red carpet” moments we would experience over the next several days. After donning safety goggles (!), white winemaker Wendy Stuckey led us on a tour of the chateau. As if the glasses weren’t a big enough sign they mean business, our first stop was at the bottling line where Wendy calmly explained they bottle 10 – 11 thousand cases daily. Wow. It’s a fascinating tour and one I highly recommend if you ever get the chance.

At the end of the tour we entered a private dining room where no less than seven wine glasses beckoned us at each table setting. Wendy and Culinary Director John Sarich sat at the head table and gave us some more background on the winery and their philosophies while we enjoyed a magnificent food and wine pairing. John had one of the more interesting comments I’ve heard regarding barrel tasting. To paraphrase him, he said he abhorred it and that it was akin to someone walking into his kitchen  while he was in the middle of making a dish and asking to taste it. “It’s not ready!” I enjoy barrel tasting, but I got a kick out of what he said and knew where he was coming from. Of the seven wines we tasted, I still have a vivid impression of the first one: 2008 Eroica Riesling. This wine dances on your tongue. It made me rethink my opinion of Riesling. Bright, crisp and aromatic and about $24 a bottle. We boarded the bus and took the short drive to the Willows Lodge to taste offerings from several different wineries including DeLille Cellars, Betz Family Winery, Northwest Totem Cellars, Sparkman Cellars and Des Voignes Cellars. After what the native Washingtonians described as the Spring from Hell, the sun was out and it was hot! We tasted several excellent wines, then walked across the parking lot for lunch at the Barking Frog. Executive Chef Bobby Moore pulled out all the stops for us and Jay Soloff from DeLille Cellars brought some of his wines to pair with each course. The Grand Marnier Prawns are forever etched in my memory. With smiling faces and full bellies we headed back to Seattle to drink a little more. This time, however, the beverage wasn’t wine. It was beer. We went to Pike Brewing Company where owners Charlie and Rosie Finkel welcomed us and poured us several of their award winning ales. Charlie gave us a tour of the brewery, let us taste toasted hops and sent us on our way. We took a quick breather and then it was time drink more wine and eat some more. Our final stop of the day was at the Waterfront Seafood Grill. The weather was postcard perfect. Wineries representing were O.S. Winery, Andrew Will, Fall Line, Cadence, Nota Bene and Sparkman Cellars. Every bite was delicious, but drinking non-stop (with admittedly not a lot of spitting) had taken its toll. This wine blogger was pooped and I hit the hay. Next up, the Yakima Valley, Prosser and Walla Walla.