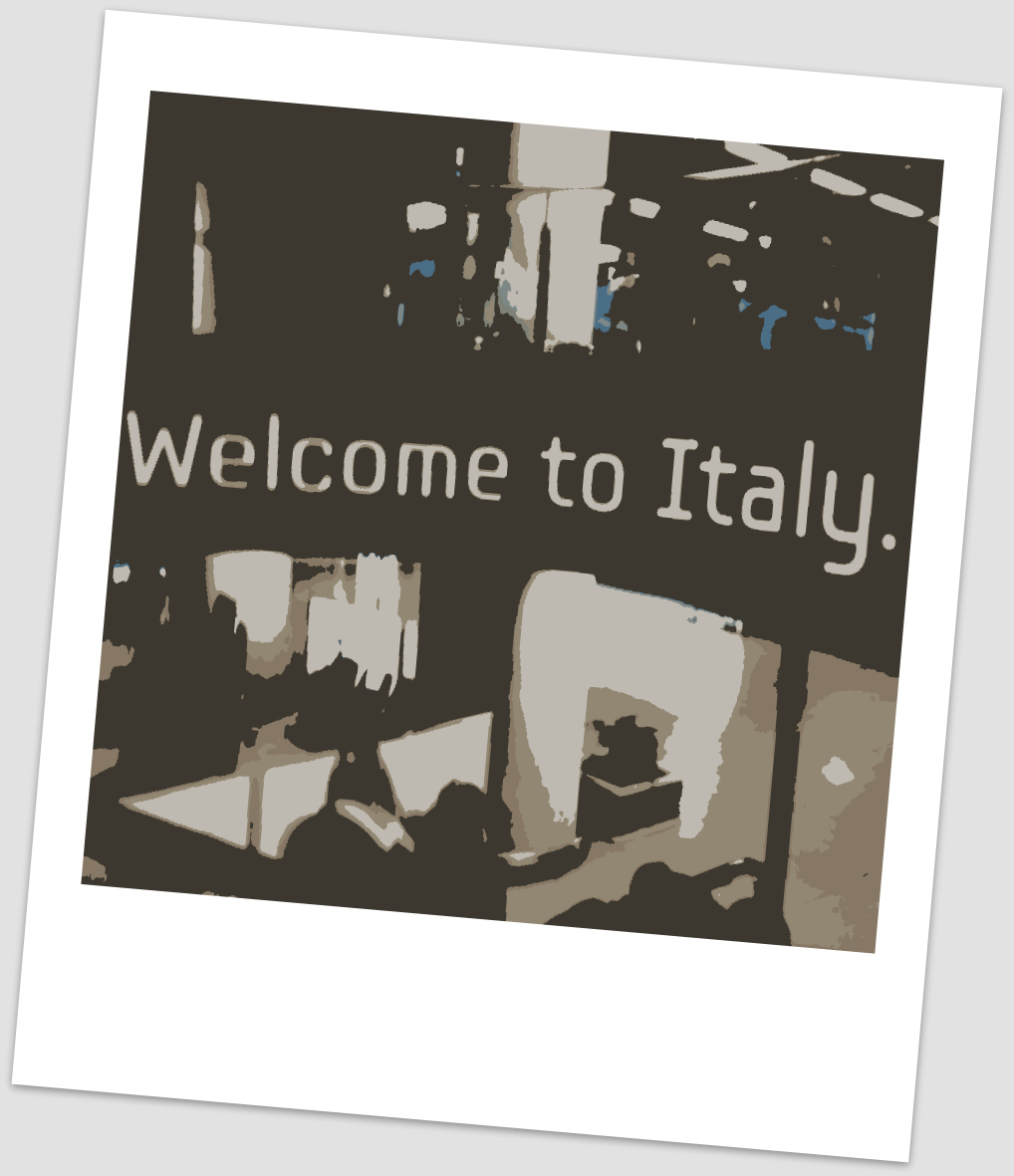 Rome to Montefalco – Wine In Italy Weary from the flights from California’s west coast to Rome, Italy, I was ready for an espresso. One of the first impressions to hit me as I walked around the Fiumicino airport was the energy, the animation of the Italians. I stopped at a café and savored the strong aroma and bold taste. Ah, this is coffee. With five hours until my transportation was due to arrive, I alternated spending my time between reading Steve Jobs on my iPad and exploring the airport. I was in Italy for the International Wine Tourism Conference, as part of a group of bloggers that was spending time before and after the conference visiting wineries and attractions in Umbria and Campania. My fellow travelers began appearing and at 1:00 we boarded our Torgiano Tours bus for the ride to Orvieto and our first winery stop. We began introducing ourselves. I met a man named Mark, and I heard him introduce himself to someone else as Mark Thompson. Well that name sure rang a bell as did the voice that went with it. I’ve heard Mark’s voice for years, when I lived in the Bay Area and more recently in Southern California where he is a meteorologist who does occasional reports on KFI and KTTV. By the way, his is the voice you hear introducing the judges on a small TV show called  American Idol. Also in the group was Bill Eyer from the Cuvée Corner blog, Terry and Kathy Sullivan from Wine Trail Traveler and Paul and Merrill Bonarrigo who own and operate Messina Hof Winery in Bryan, Texas. We spent the time soaking in the scenery and getting to know one another. At last we spied the castle at Antinori and we drove into the grounds of its neighboring winery Castella Della Sala. Federica Amicone ushered us in, gave us a tour of the beautiful, pristine, modern facility before we adjourned upstairs for our first of what would be many tastes of Italian wine. We departed Castello Della Sala and made our way into Orvieto, where we stood in awe of the magnificent Duomo. From there we were taken to a series of caves ( just a few of more than 1,000) that once housed pigeon columbariums, olive oil presses and other facilities. After our brief tour of Orvieto, we checked into the quaint Hotel Piccolomini and then strolled the streets of town before reaching the Vinosus restaurant overlooking the Duomo where we enjoyed a bountiful meal accompanied by plentiful wine. A winter’s chill was in the air as we walked back to our hotel for some well deserved rest. The following morning we took a brisk walk from the hotel to our bus bound for Barberani Winery. The air was bitter cold, but Bernardo Bernardini was an exceptional host as he led us through the facility and out for a view of the newly graded terroir soon to receive new vines. Barberani celebrated its 50 year milestone last year and we celebrated with a tasting of their wines with some bread, cheeses and charcuterie. From there it was off to Arnaldo Caprai in Montefalco where Marco Caprai was waiting for us with a grin from ear to ear. Marco stood in the vineyards and shared the proud history of his family’s winery. Following a tour of the cellar and production facilities, we made our way through the beautiful tasting room and headed upstairs where chef Salvatore Denaro guided us through a lesson in hand rolling pasta noodles. While we ate the fruits of our labors, along with a savory ragout chef Salvatore prepared, Marco shared his wines with us, including a lovely Grecante and Sagrantino. We ended the meal with a  Sagrantino Passito. I had already fallen in love with Umbria. Back aboard the bus, we made our way to Torgiano, where we encountered a group of young boys having the time of their lives playing soccer in the street. Gianluco Buccioli welcomed us in to the Museum of Olives and Oil, broke us into groups and sent us off to explore the museum on a scavenger hunt. When I visit Torgiano again, this is a place where I would love to spend some time. The museum is a loving testimony to the history of the olive through time and its many rooms are filled with artifacts dating back to ancient Rome. It was there we met Teresa Severini, one of Italy’s first female enologists as well as the museum’s curator. Teresa’s mother and her late father conceived and created the Museum of Wine, which was our next stop. The museum traces the history of wine and contains relics dating back to the 6th century B.C.

The Lungarotti Winery was founded in the 1960s by Teresa’s father Giorgio Lungarotti. It was our final stop of the day and Teresa and her sister, Chiara Lungarotti were charming hosts who gave us a full tour of the winery followed by a sparkling wine reception and a delicious dinner. The Lungarotti wines are elegant and refined and a perfect accompaniment to the assortment of cheese, charcuterie and pasta we feasted on. A splash of Grappa and we were ready to call it  a night. The conference was set to start the following morning.