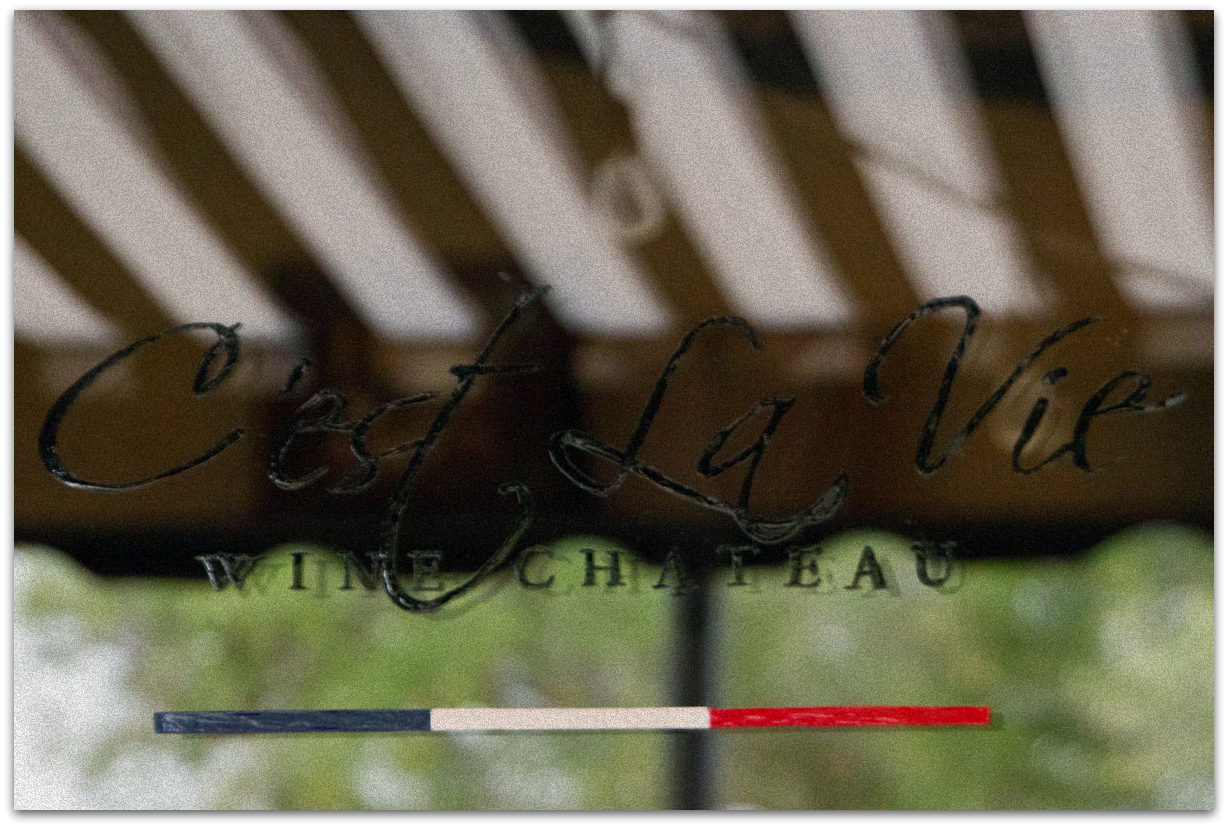 It seems like just a few weeks ago that golden shovels dug into the dirt at the site of Europa Village in the Temecula wine country. The date was actually October 13, 2010. Six months later, the doors are open to “A Prelude To Europa Village”. The original plan called for Europa Village to be home to three separate wineries, a small village and home sites. The downturn in the economy put a hold on those plans. The owners took a different approach, deciding to introduce Europa Village in stages, beginning with Prelude.

The emphasis here is on slowing the pace of life, winding back the clock to an earlier time. When you near the tasting room, you get the feeling you could be in Europe. A bright red exterior with striped awnings and the words Rhône, Bordeaux, Bourgogne, Dijon, Marseilles and others beckon you to enter. Instead of a sign reading “open” or “closed”, theirs reads “oui” or “non”. Black and white checkerboard tiled floors and tasteful touches throughout complete the look. $15 will get you six tastes of Europa Village wines and an assortment from the three different wineries is available. C’est La Vie has a Chardonnay, a Syrah and a blend of Grenache, Carignane and Syrah called En Vie. From Bolero Cellars there’s a Muscat Cannelli, a Tempranillo and a blend of Tempranillo, Grenache, Mourvedre and Carignane aptly named Libido. Finally, Vienza offers a Pinot Grigio. Future wines to be released include Cabernet Sauvignon and Sangiovese. I’m always wary when tasting a winery’s initial release, but having tasted through the lineup, these are solid wines. The fruit for these wines was sourced, but the estate vineyards were planted in 2006 and will be producing wine in the near future.

Prelude also features a wine cave that will be open on weekends. Spacious with a long tasting bar, its large doors open wide and visitors can soak in the vineyards while enjoying wine and entertainment on occasion. Proprietor Denis Ferguson looks forward eventually to presenting plays in a small amphitheater. Look for live music in the future as well. I’m excited to see this addition to the wineries in Temecula and look forward to seeing what the future brings.