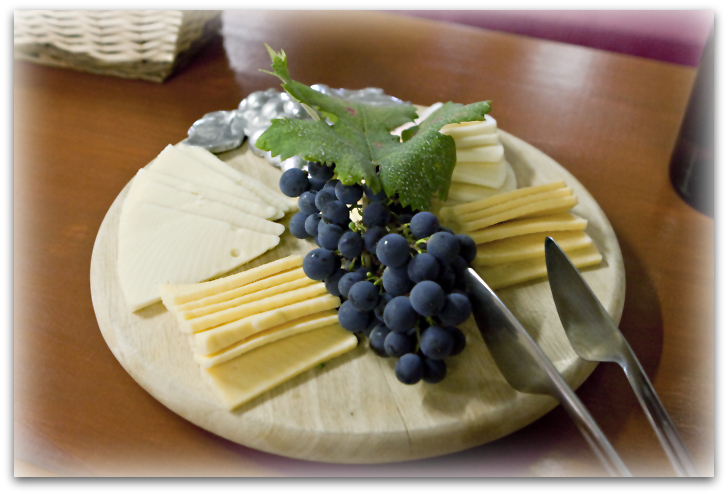 “We’re like what Napa was in the 50’s… what the Central Coast was in the 80’s”. That’s what Justin Mund told Ambassador Alejandro Orfila, proprietor of Orfila Vineyards and Winery. Mund is Orfila’s new winemaker. Leon Santoro passed away a few years ago and Don Reha took over as interim winemaker, stepping down earlier this year. Mund is a viticulturist at heart, and his goal is to promote the fruit and bring out all its best attributes. “Wine-making starts in the vineyard and that’s always been my philosophy.”

Justin grew up in Sonoma County, near Healdsburg and the famed Russian River valley. Living in Wine Country, he became interested in grapes and wine-making at an early age. He studied under Rich Thomas at SRJC and landed a job at Ferrari Carano. He moved to San Luis Obispo where he attended Cal Poly before being hired as assistant winemaker at Laetitia.  After a stint there he became head winemaker at Addamo. He believes it’s essential to get a good wine education, but knows the real learning begins in the vineyards. “If you really want to learn wine-making, go to a hands on school” like Cal Poly or Fresno he says.

Since his arrival at Orfila, he has been busy tasting through the barrels and just finished bottling some of the ’07 and ’08 vintages. He says there are some tasty wines that have just gone into bottle. Mund has spent time in the area. His dad lives nearby and he loves to surf, hitting the waves as often as he can, although not during harvest. He feels a lot of winemakers in Southern California over-age their wines, masking the fruit and not allowing the fruit to shine. While he doesn’t consider himself a minimalist winemaker, he considers himself proactive. As far as the fruit here is concerned, he feels its potential has yet to be reached. This years harvest, he says, should be exceptional, with the prolonged cool weather at the beginning of summer allowing for long hang time, leading to good ripeness, flavors, lower sugars, good acid balance and lower alcohol. This should be an elegant vintage with beautiful colors. Harvest should begin the first week of September. He doesn’t pick strictly on brix level. He lets the flavor of the grapes tell him when they’re ready to be harvested. If the brix level is right, but the flavors haven’t developed, he’ll “let it ride.” Mund’s desire is to produce wines that aren’t just good for the region, but good anywhere. He believes it’s time for Southern California wines to bask in the spotlight. The tasting room at Orfila Vineyards and Winery is open seven days a week from 10 – 6 at 13455 San Pasqual Rd. in Escondido. (760) 738-6500.