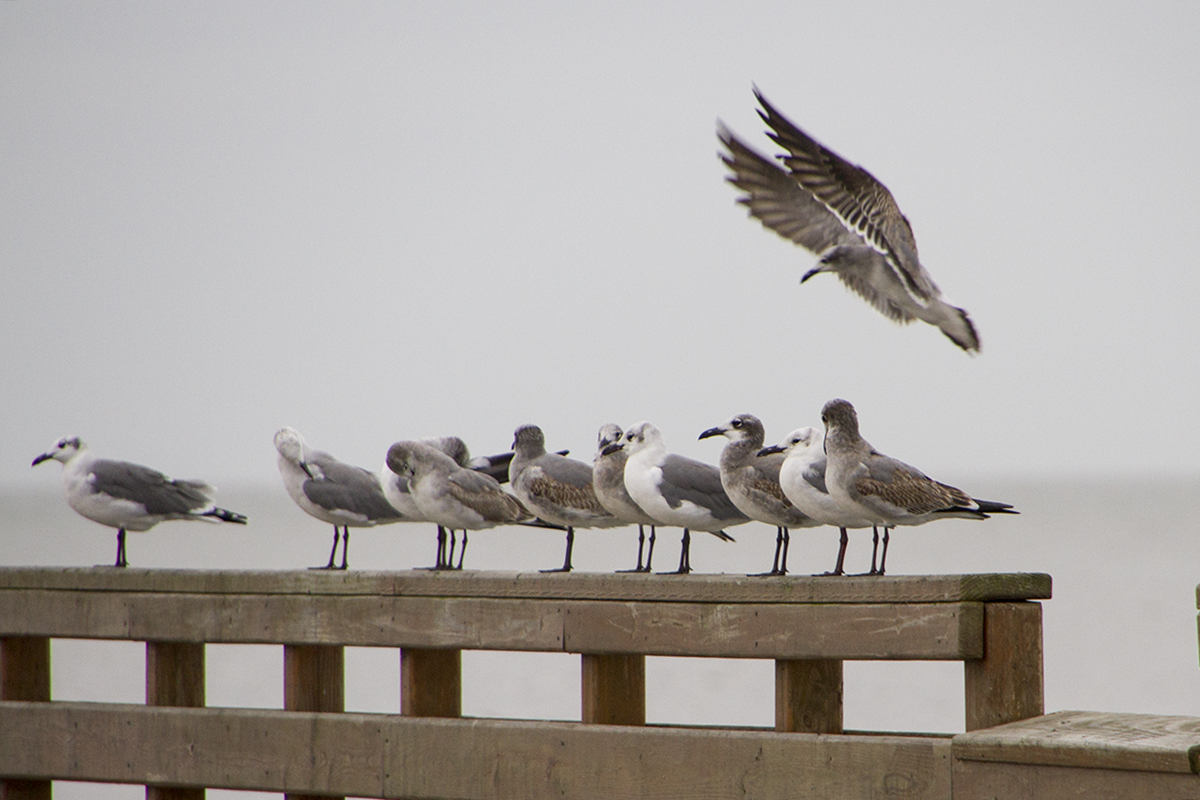 When I was invited to visit St. Simons Island for a third time I jumped at the chance. It felt like coming home. Bud St. Pierre and Cap Fendig were there to greet me upon my arrival at the King & Prince Beach and Golf Resort. Dick Gardner was driving Cap’s Lighthouse Trolley and sharing his in-depth knowledge of the island’s rich history. I was delighted to see Rick Mattox, GM and golf pro at the King & Prince Golf Course and reconnect with him.
I flew into Jacksonville, but the Savannah airport is only a few minutes further away. I walked into the lobby of the King & Prince to find it had been transformed since my last visit a few years earlier. The look is contemporary without losing its connection the island’s colorful past. I sat down at the bar at the new ECHO, the island’s only oceanfront restaurant and bar, and enjoyed an order of tasty steamed mussels paired with a crisp Pinot Grigio with just the right amount of toasted French bread to sop up the broth. I stayed in a two-bedroom oceanfront villa, and calling it spacious is a huge understatement. The living room and master bedroom offer sweeping views of the ocean and beach. There’s a fully equipped kitchen, large sofa, coffee table and good size balcony. This would be more than ample for a family on vacation, or two or more couples. After ‘recharging my batteries’, I joined Bud, Cap and Dick on the trolley as we ventured out for a mini island tour. We stopped at Gould’s Inlet, where grey skies and gusty winds didn’t deter visitors (mostly locals) from enjoying a day at the beach. Fishermen and families alike were enjoying the wonders of St. Simons Island. It was the first afternoon and fond memories were already flooding back. Back at the King & Prince, it was time for craft cocktails and hors d’oeuvres. Our group enjoyed lemon and basil ‘Fresca’ margaritas, ‘Due West’ cocktails made with Bulleit Rye whiskey as well as cucumber and lemonade ‘mocktails.’ Platters of fresh fruit, cheeses and other delectable items were provided for the pairing. This was just a warm up for the main act. Chef de Cuisine James Flack then led his team on a shrimp and grits demo. Chef is very low-key and soft-spoken, but his passion for food is undeniable. He lights up when he talks about cooking and makes it clear he insists on using local and seasonal ingredients. His food is simply sumptuous. After enjoying a fabulous breakfast at ECHO, featuring fresh fruit, freshly squeezed orange juice and Eggs Coastal, consisting of a salmon filet, deep-fried poached egg and grits, the hotel’s Bud St. Pierre led us on a tour of the property, sharing stories and photos of its colorful past, its story beginning as a dance club. When you visit, I urge you to check out the history wall displaying dozens of photos and newspaper articles. We then boarded the trolley and made our way into the Pier Shopping Village and the newly opened Golden Isles Welcome Center. Director Scott McQuade, a recent transplant from Telluride, CO, showed off the center, replete with a miniature lighthouse, stunning photos and tasteful use of reclaimed wood and living furniture. I joined a group of hearty souls who took up the challenge of climbing the lighthouse’s 129 steps. Along the way you’re encouraged by signs telling you how many steps remain to climb. For lunch we stopped at Gnat’s Landing, where co-owner Ryan Pope welcomed us as we enjoyed fried pickles, Vidalia onion pie, their renowned slaw bowl and other tasty treats. There was a good crowd on hand, plenty of sports on the TVs and Gnat’s offers live music on the weekends. I remembered seeing an immense eagle’s nest in a tree at the King & Prince Golf Course on my last visit, so I was hoping for a similar sighting this time. We didn’t see an eagle, but the osprey we saw more than made up for it. This magnificent bird of prey had just caught a fish and he was devouring it near his nest. We watched in fascination until he took flight. Rick Mattox and first assistant Golf Pro Robert Long guided us on a golf cart tour of the course. This is truly a beautiful course, incorporating the area’s native marshlands. It’s not uncommon to see an alligator or two in the water hazards. The course had just acquired its first GolfBoards, and I attempted to drive it around the parking lot. I think I need a bit more practice. Rick offered golfing tips to those who wanted them and in many cases the improvements were quick and dramatic. Back at ECHO, we enjoyed a craft beer tasting. ECHO has an impressive selection of craft beers, and a quick count showed more than 40 wines by the glass available. They also offer several signature cocktails. We made our way to Georgia Sea Grill and I experienced one of the finest meals I can remember in a very long time. Proprietor Zack Gowen was born and raised on St. Simons and firmly believes in using the freshest locally sourced ingredients. He hired Chef Stephen Ollard whose roots are also in the south. Together they have crafted an extraordinary menu. Torn between the Sapelo Island clams and the yellowfin carpaccio, I opted for both. They were exquisite. Bartender Alex offered us a choice of two signature cocktails: the apricot old-fashioned or the grapefruit martini. I chose the old-fashioned and loved it. I went with a whole sea bass for my entrée and the presentation and taste were sensational. Chef’s wife Lindsay paired the meal with a couple of her favorite wines, an Albariño and a red blend from South Africa called Black Countess. Dessert choices were a fall pumpkin/hazelnut creme brulée, red velvet cheesecake, key lime pie and pecan pie. The food, atmosphere and service were all at an elevated level and Georgia Sea Grill will be my first stop on my next visit to St. Simons Island. We started the next day with breakfast at the Sandcastle Café at the pier. This is a busy breakfast place for good reason. Most of the breakfast items are on a buffet, like grits, biscuits, corned beef hash, sausage and bacon, but you can order specialty items like eggs and pancakes prepared to order. We were scheduled to go shrimpin’ on the Lady Jane, but rain made it impossible to get to the parking lot. Instead we went into nearby Brunswick where filming of Ben Affleck’s film  Live By Night  was about to start shooting. The streets of downtown Brunswick had been transformed into Florida of the 1920s. The film is due for release in 2017. We took the trolley to Christ Church and after steeping inside and visiting with several of the volunteers, we strolled the cemetery where many of the island’s historical notables lay buried. After a quiet afternoon at the King & Prince, we headed for the Retreat Room for a rendezvous with Cathie Parmelee and Traci DeFarge. While we sipped wine, Traci armed us each with a canvas and acrylics and guided us through painting an oyster shell. Their company is called Get Your Muse On  and it was incredibly enjoyable. We ended the evening at Meadows House at the hotel and delectable barbecue from Southern Soul.

St. Simons Island has quickly become an all-time favorite destination of mine and one I plan on returning to many times. I can’t think of many places I would recommend more highly. I hope you’ll enjoy this slide show I put together.