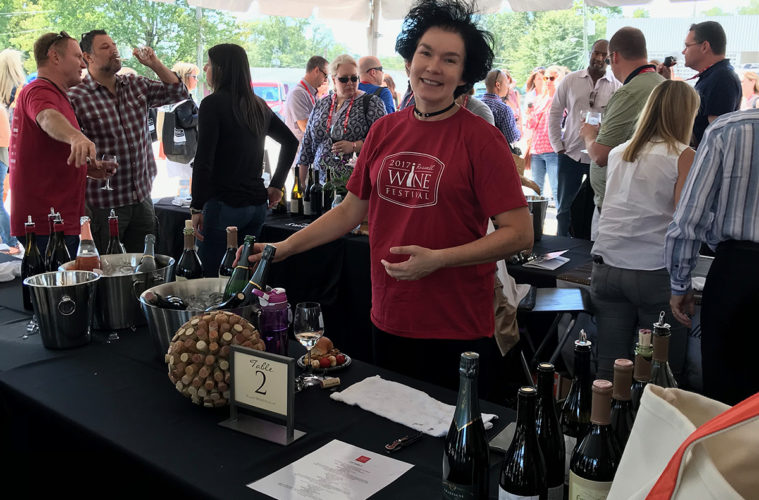 It had probably been at least 25 years since last I visited Roswell, Georgia. On my first visit to Atlanta, a friend who lived there said she wanted to take me to dinner at a restaurant in a pre Civil War farmhouse called Lickskillet Farm. I treasured my visit to this charming place and made a point of returning years later on a subsequent visit. Sadly, this unique place closed its doors years ago.

Nevertheless, I was curious to discover Roswell and what it had to offer other than a restaurant that had captivated me so many years ago. I landed in Atlanta at 9:30 pm, grabbed my suitcase and headed straight for MARTA, the Metropolitan Atlanta Rapid Transit Authority to take the train to Roswell. It seemed simple enough. I purchased my round-trip ticket at the kiosk and boarded the train for North Springs where a driver would be waiting to take me to the Doubletree by Hilton. A couple I met on the train asked me if I was a local and I told them I was just visiting. They took me under their wing and told me I needed to transfer to get to my destination and that I could stay with them while on the train. About six stops in, the conductor announced all passengers needed to get off the train. There was an emergency on the tracks ahead, he said, and a bus would take us part of the way and that we would re-board another train once we passed the emergency. A very long story made short, the emergency was a drill and what should have been a 45 minute ride turned into three hours. I’m grateful for the gracious hospitality extended to me. It was just a taste of what was to come.

It was 12;30 when I arrived at the Doubletree, where earlier, five wedding receptions were held and many of the guests and members of the wedding parties were still celebrating. I crawled into my comfortable bed, slept blissfully and awoke the next morning eager to see what lay ahead of us on our visit to Roswell, After a tasty breakfast of poached eggs and bacon at the Doubletree, we boarded a van and set off for the Roswell Visitors Center. It’s a wonderful place to get a sense of the scope of history you’ll find in Roswell as well as the passionate staff, eager to help you discover this incredible town. We gathered for lunch at The Mill Kitchen on a breezy, sunshiny afternoon with a few white clouds dotting the sky. Our group was greeted warmly and seated promptly. I sat next to fellow journalist Andy, host of the So Cal Restaurant Show, and we both decided while in The South, we should certainly enjoy sweet tea. We all shared ample appetizers, including corn meal fried okra with green chile aioli, pimento cheese fritters and deviled eggs. I chose the Autumn Cobb salad for my entrée with pecans and sweet potato adding southern flair. We got back on our van and took a short ride through Roswell’s charming downtown to the Fifth Annual Roswell Wine Festival. We savored bites from more than 20 local restaurants and wines from well more than 15 wineries from California, Washington, Australia and Europe. The weather was heavenly and it was fun stretching our legs and exploring the event which spanned several city blocks. The festival, the brainchild of Peggy Robinson and Dwight Cunningham, is run entirely by volunteers and is a fundraiser for various local charities. Basking in the afternoon sun, I perused various booths, picking up a honey stick I’d been searching out for months and taking advantage of a free chiropractic adjustment. We returned to the Doubletree to recharge our batteries, and then headed out for dinner at the Peachtree Diner. Jim greeted and seated us. We shared appetizers including sautéed mussels and the Peachtree Combo Platter. The diner offers an extensive menu and wine list. I’m a rib-eye fan and the one I ordered was cooked to medium-rare perfection. Jim wanted to show me their desserts which were gorgeous and huge. I asked him if he was part of management and his reply was “kind of. I lock the doors.” We sampled a few of the desserts including the mouth-watering peanut butter pie. When it comes to ghosts, I’ve always considered myself an open-minded skeptic. I don’t necessarily believe in them, but I’ve always said I’d love to be proven wrong. Our evening concluded with a Roswell Ghost Tour. Meghan Riley led our intrepid group of six through the streets of Roswell, with stops at several antebellum homes, each with its own spooky story. At Bulloch Hall, I sat in a rocking chair on the porch that she told us was frequented by a certain spirit. I felt nothing. We stopped at Founders Cemetery. Many of the stories revolve around the Civil War era, and many notables from the war were buried here. Meghan also told us that several nearby homes were built on grave sites. At the end of our two and a half hour tour, I left fascinated, but still not really a believer. I changed my tune a few days later. While reviewing photos I had taken, I found one I took at Bulloch Hall. You’ll see my shadow along with the shadows of some of my fellow writers. What I hadn’t noticed before were the shadows on the porch. When I took the photo, I didn’t notice anyone or anything there. As far as I know it was just the six of us, and we were all together. I have no explanation.

I slept soundly, with a few dreams of the day ahead, our first full day in Roswell. That story is coming in the near future. My heartfelt thanks to Marsha Saum and Dotty Spillers Etris from the Roswell Convention and Visitors Bureau, The Roswell Wine Festival, The Mill Kitchen, Peachtree Diner and Roswell Ghost Tours.