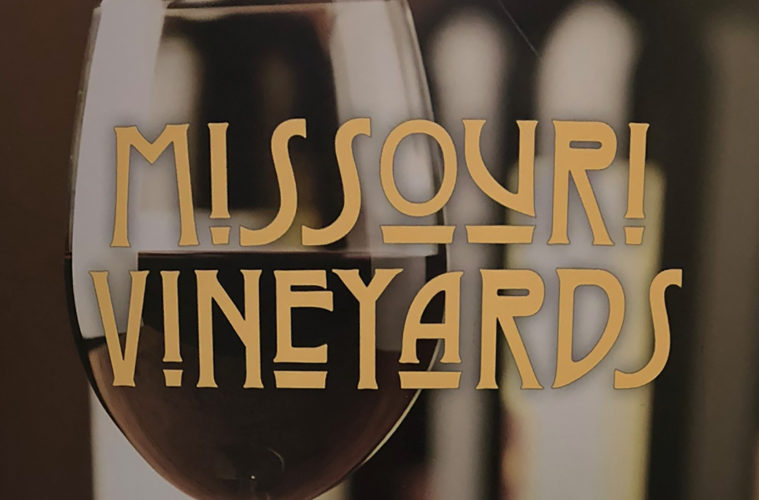 Embracing The Past In Missouri Wine Country I visited Missouri wine country this past May and loved every moment of my three days there. On day two, we started with a visit to Adam Puchta Winery in Hermann. Established as a commercial winery in 1855, it’s the oldest winery in the U.S. owned and operated by the original family. While we waited to go in to taste their wines, we were greeted by the winery cats, who absolutely loved getting attention and affection. It turns out the family and staff often rescue cats who have been abandoned and left to die. Their gratitude is quite clear. Toni and Paula guided us through a tasting of 22 out of the 23 wines on the tasting list, starting with the Vidal Blanc. Chardonel is a cross of Chardonnay and the French-American hybrid Seyval and a grape used extensively in Missouri. The Dry Vignoles got a wow! on my notes. It’s 2% residual sugar, but it doesn’t taste sweet. I really loved it. The list is broken into four sections: Dry, Semi, Sweet and Vintner’s Select. The Cat’s Meow pays tribute to the winery cats and is a sweet red that pairs well with both spicy food and chocolate desserts. The Traminette elicited another wow! from me, aromatic and spectacular on the palate. The 2010 Estate Norton was nominated for the Jefferson Cup, awarded to the state’s best wines. The 1855 Sherry was made initially with leftover grapes and is ten years in the making. Father and son Tim and Adam Puchta invited us downstairs to the 1855 Bistro for lunch and a visit. Shuttered by Prohibition as were all of the wineries, breweries and distilleries in the U.S., the Tim and his dad reopened it in 1990. They reached 82,000 gallons annual production until recession brought things to a grind. Today they produce about 42,000 gallons a year. Parker graduated culinary school in 2014 and interned at Annie Gunn’s. The bistro, a converted wine cellar, can seat 18, but they often use the kitchen for special events and private dinners. Hermann Wine Trail offers themed events throughout the year and for the Wild Bacon Wine Trail event, Parker smoked 1400 individual bacon mac ‘n cheese bites. For lunch he served us a salad of mixed greens with arugula and spinach, pumpkin seeds, dried cranberries, red onions picked in red wine with a little sugar and mozzarella with a white peach balsamic and olive oil dressing. He paired the salad with the Dry Vignoles. He served us spicy pork corn tortillas with two house made salsas and paired that with Chambourcin. For dessert it was an 1855 cupcake with 1855 frosting and paired with 1855 Sherry. The meal was most delectable. We headed into town and stopped at Hermannhof Winery. General Manager Paul Leroy gave us a tour of this historic property, which  Jim and Mary Dierberg purchased in the 1970s. Their start in the wine business came after visiting their son, who shared a bottle of Hitching Post Pinot Noir with them. They fell in love with the wine and visited the Santa Ynez Valley. They wound up purchasing vineyards in Santa Maria, Santa Ynez and the Santa Rita Hills in Santa Barbara County. They have three California labels, Dierberg, Three Saints and Star Lane. Work began on the Hermannhof property in 1846 and was completed in 1852. At first it was primarily a brewery, producing just a small amount of wine. Prohibition devastated Hermann’s economy. When the Dierbergs bought Hermannhof in 1976 they spent two years renovating it and opened the doors in 1978. They now produce 15,000 – 18,000 cases a year from 28 acres of vineyards. They have done plenty of expansion. There’s guest lodging at the Inn at Hermannhof with an additional six houses on a hill. The Living History Farm has recently opened. The week after we left the Blackshire Distillery opened and is offering white whiskey, Eau de Vie, Vodka, Gin and Bourbon. I strolled around Hermann for a while, breathing in the past. I walked into the Hermann Wurst House and sampled some of their incredible house made sausages. This place is a feast for the eyes as well. I stopped at Fernweh Distillery and sampled wheat and rye whiskey, Bourbon mash moonshine and their There and Back Again wheat whiskey cocktail. Lynn at Sugar Mommas gave me some of their incredible Jazz Berry ice cream. This store is a sweets lover’s delight. We all stayed at separate inns and guesthouses and we gathered at Alpenhorn Gasthaus to share some local cheese and wine before sitting down to a feast prepared by our hosts, Adrian Sigrist and his wife Kate Schandl. Adrian and Kate offer four course dinners Fridays and Saturdays, a Sunday champagne brunch and a wine flight dinner on Uncorked Tuesday by reservation only. They prepared a feast for us, starting with housemate ricotta and lemon wontons with basil pesto. That was followed by an organic spring garden greens salad with fruits, nuts, cheese and a 25+ year aged Balsamic. There was a choice of entrée and I opted for the Norwegian Salmon with wasabi aioli and tomato salsa. Divine. We made our way downstairs to the wine cellar for dessert and vinars. Martin Weber and Adrian worked together for years at a Swiss machining company. Martin and his wife Lynn decided to start distilling vinars, aka eau de vie, Grappa or German schnapps and founded Edelbrand Pure Distilling. They however use all the fruit in the process, not just stems and seeds. It takes about 15-22 pounds to produce one bottle. Apple is the largest production, grape, pear, plum, cherry and apricot are also available. Just under 1,000 bottles are produced each year. We tasted a bit of each one except for the apricot, paired with Adrian’s chocolate vinar truffle tart with drunken cherries and whipped cream infused with cherry vinar and a mixed cherry coulis. The vinars were outstanding, each one at 80 to 84 proof.

This trip went by at lightning speed. The next afternoon I flew home, but I had a few more stops in the morning. I’ll catch you up soon.