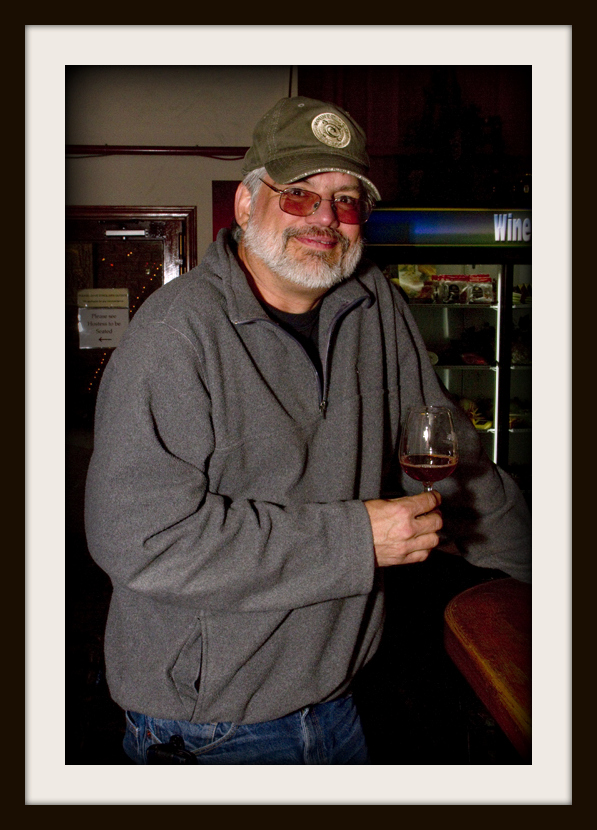 I asked Craig Boyd how long he had been at Mt. Palomar and he answered it had been four years. “The ink’s finally dry on my business cards.” Craig came to the Temecula Valley by way of the Sierra Foothills. Making wine was not in the game plan for him until later in life. He worked in the nuclear industry for Westinghouse on the East Coast.  After growing tired of the travel involved in repairing nuclear power plants, he decided to move into marketing. Part of his new job description included taking clients out to dinner and selecting the wine.  For Craig, though, the wine lists may as well have been in Greek. To him, wine was “Almaden mom kept in the fridge or the occasional Riunite party.” Once he began learning about wine, he became fascinated by it. He started learning what he could and thought just maybe he might be able to make a living in the wine industry. He applied to UC Davis and was rejected. He re-applied and got the same result. He applied a third time and still was denied admission. He took matters into his own hands and flew to Sacramento, drove to Davis and walked into Ann Noble‘s office and asked her to tell him “no” to his face. She was happy to oblige. She handed him a list of 19 items and said if he completed everything on the list she would re-consider. Six months later he returned with 18 items crossed off the list. “You’re one of the biggest pains I’ve ever met” she told him. “You remind me a lot of myself. You’re in.” Craig had a lot to learn. Brix, as you may know, refers to the sugar content of grapes.Looking back at some of his early notes, Craig was spelling it “bricks”. He got his masters degree after two and a half years at Davis and started looking for work. He spent the afternoon with one winemaker, visiting with him over a couple of bottles of wine. He got a cursory “we’ll let you know” and thought he had hit a dead end. There was a message waiting for him when he got home, telling him “you start tomorrow.” He began at Granite Springs Winery on Valentine’s Day, 1991, at first bottling and doing whatever came up, learning as he went.Two and a half years later the winery down-sized and Craig was unemployed. He moved back to New York State and became the winemaker at Woodbury Vineyards where he spent two years. In the meantime, Granite Springs Winery had been sold and the new owners wanted the old winemaker back. He tried his hand at General Manager for a while and decided that wasn’t much fun, so he set his sights elsewhere. Craig knew he didn’t want to go to Napa, but he had heard of Temecula and liked the idea of working “on the fringe”. Temecula at the time had a terrible reputation outside of Southern California, but that didn’t deter him. He met with the owners, tasted Etienne Cowper‘s wines and was impressed with them. He took the job and has been Mt. Palomar’s winemaker ever since. He explains that he’s making wine for a broad range of customers, from the person who has never tasted wine to the true connoisseur. “I don’t buy enough wine to keep us in business”, he says, so he makes wines for the people on the other side of the counter. He listens to his customers, too, and enjoys interacting with them. He made a rosé once that was too sweet for some and too dry for others. The solution? He made two rosés, one sweeter and one drier.

He’s excited about what the future holds both for Temecula wine and for Mt. Palomar. He feels the region is ideally suited for Rhône, Spanish and Italian varietals and soon he’ll have the chance to plant whatever he wants. As part of an expansion at the winery including a hotel, resort and expanded restaurant, acres planted to grapes will expand from the current 45 to 120. Craig has free reign over what will get planted. He has his eyes set on some lesser known varietals such as Picpoul, Arneis and Albariño along with Pinot Grigio, Barbera, Tempranillo, Petite Sirah, Mourvedre, Grenache and Zinfandel. His eyes light up at the prospect. He loves what he does and remarks “it’s the kind of job where if you’re not passionate, you’ll suck at it.” A new addition to Mt. Palomar Winery is Shorty’s Bistro. Chef John Hausotter comes by way of San Diego where he was the former Executive Chef of at the Carlsbad Hilton. When he heard about the opportunity to cook in wine country, he jumped at it. The wide array of fresh local products excites him and he uses them to full advantage. Shorty’s is open for lunch seven days a week and for dinner on the weekends.

Craig Boyd believes the future is bright for Temecula Wine Country and says that with 20 million people within an hour and a half drive from here, wineries need to focus on the quality of their product. The true spirit of cooperation he has found among the valley’s winemakers puts a smile on his face.